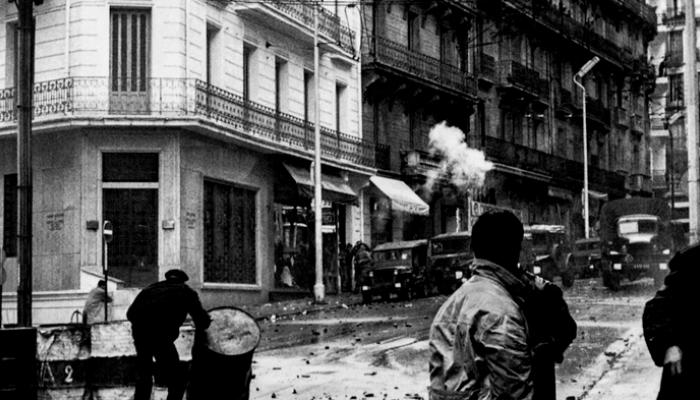 A floral offering in the name of the French president in front of the commemorative plaque of the Algerian writer Mouloud Faraoun, assassinated by a French organization 60 years ago.

Floral offering deposited by the French ambassador to Algeria, François Goyet, on behalf of President Emmanuel Macron, accompanied by the minister of the Mujahideen (veteran combatants) and with Algerian rights, Eid Rabiqa, who in turn laid a floral offering in front of the memorial plaque commemorating the assassination of the famous writer located at the site of his assassination in Ben Aknoun in the highlands of Algiers, capital.

On March 15, 1962, a group affiliated with the French organization “Secret Army” assassinated the famous teacher and novelist who rejected violence, a friend of the French writers Albert Camus and Emmanuel Robles.

Pharaoh and his five companions killed in broad daylight were responsible for the socio-educational centers through which they work to eradicate illiteracy, educate and promote the health of Algerians.

The assassination occurred four days before the signing of the Evian Accords, under which a ceasefire and independence agreement were reached.

And incidentally, Goyet said: “President Macron wanted me to lay a wreath today in his name in memory of those six teachers who were killed a few days before the ceasefire and the signing of the Evian Agreements.”

“The President of the French Republic wanted to express a sign of gratitude by commissioning me to place this floral offering at the site of the assassination,” he added.

The Elysée Palace stated that “this historical recognition is part of a policy of memory (…) aimed at looking at history frankly and recognizing it”.

Since taking power in 2017, Macron has doubled down on his initiatives as part of efforts to heal the memory between the French and Algerians.