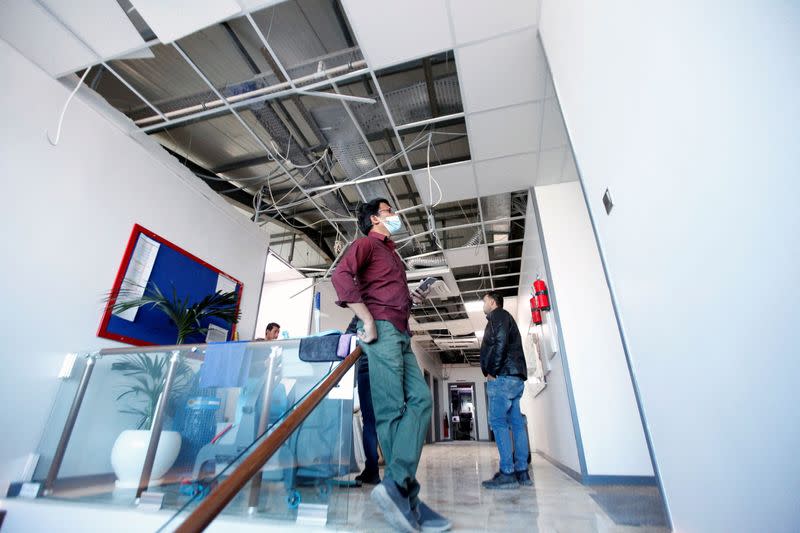 The missile attack comes as talks to revive the 2015 Iran nuclear deal face the prospect of collapse, after a last-minute Russian demand forced world powers to pause negotiations for an indefinite period despite Having largely completed a text.

The missiles, which targeted the new US consulate building, caused only material damage and one civilian was injured, the Kurdish Interior Ministry said. An Iraqi security official told Reuters the missiles were made in Iran.

“Any repetition of attacks by Israel is met with a harsh, decisive and destructive response,” the Revolutionary Guards said in a statement reported by state media.

A US official blamed Iran for the attack earlier on Sunday, but gave no further details.

A Kurdish spokesman for regional authorities said Sunday’s attack targeted civilian residential areas, not a foreign base, and called on the international community to carry out an investigation.

Separately, the US State Department spokesman called it an “outrageous attack”, but confirmed that no Americans were injured and that there was no damage to their government facilities in Erbil.

US forces stationed at the Erbil international airport complex have been subjected to rocket and drone attacks in the past that Washington blames on Iran-aligned militia groups, but such attacks have not occurred for several months.

Asked about Sunday’s attack, the Israeli military said no comment on foreign media reports and the prime minister’s office declined to comment.

In another sign of rising regional tensions, Iran on Sunday also called off a fifth round of talks with its regional rival Saudi Arabia, which were due to take place in Baghdad on Wednesday.

(Reporting by the Iraq Office; Additional reporting by Yasmin Hussein and Ahmed Tolba in Cairo and Phil Stewart in Washington; Writing by Amina Ismail in Erbil and John Davison in Baghdad; Editing in Spanish by Manuel Farías)