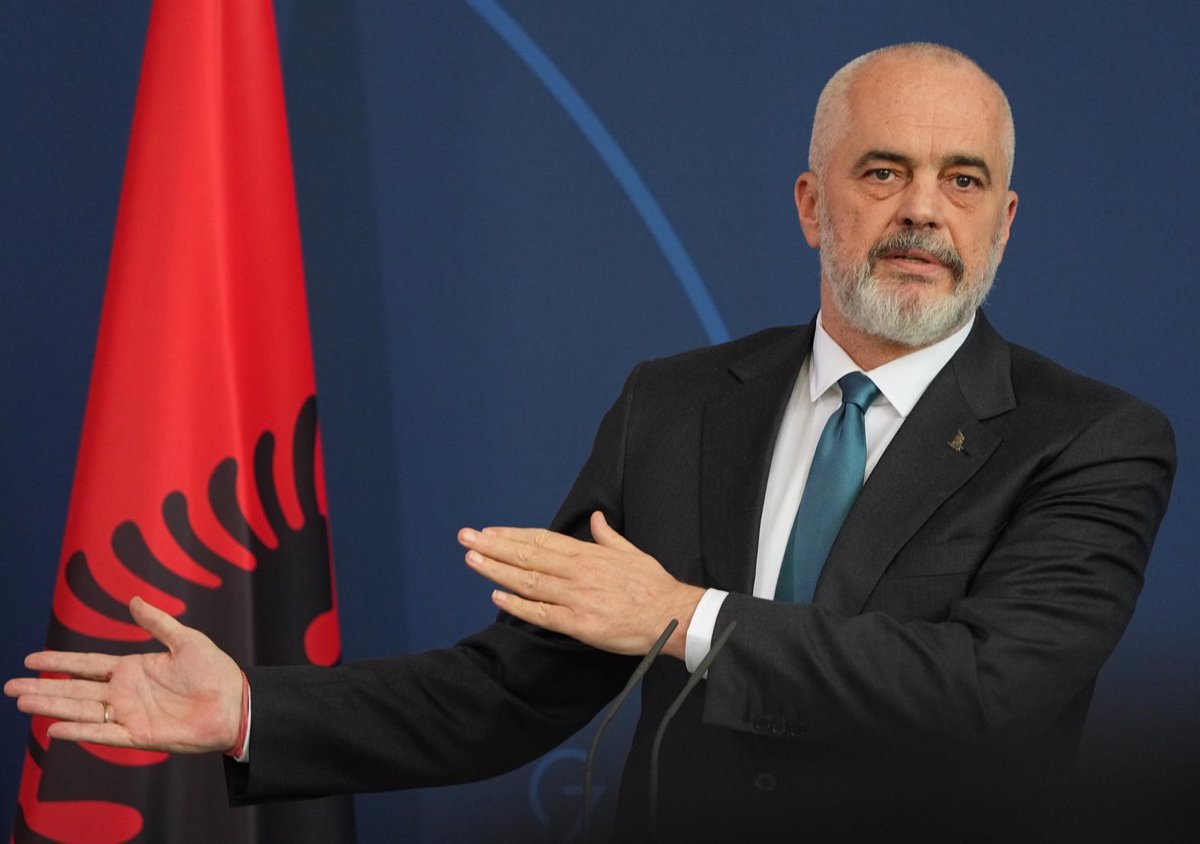 The leaders of the Balkans, in an exercise of diplomatic balance, agreed this Thursday when they arrived at the summit with the leaders of the European Union, an appointment aimed at giving a boost to the European integration of the region Message of skepticism delivered on the same day the EU is due to grant candidate status to Ukraine.

All the main focuses of the Balkan summit are on Albania and North Macedonia, whose European path is being blocked by Bulgaria, which has vetoed the official start of accession negotiations for two years over historical and linguistic differences.

“I’d rather not wait for good news. Today is a new day in Europe, but not in Bulgaria,” said Albanian Prime Minister Edi Rama, who criticized Sofia’s position and assured that it was an “accident” that a NATO member was “hijacking” the community perspective of two other Atlanticists Alliance in the face of the “powerlessness” of the other EU partners.

For his part, Serbian President Aleksandar Vucic has expressed his hope that the summit will end with positive conclusions for the Balkan countries. “If that happens, it’s good, otherwise nothing happens,” he said, expressing his gratitude to the EU for the investments in the region. The appointment has been marred by boycott threats from the leaders of Albania, Macedonia and Serbia in the past few hours, as Bulgaria made no progress in overturning its veto, although in the end everyone opted to travel to Brussels.

“We need a clear voice from the EU and a common message for the Balkans,” said Kosovo President Vjosa Osmani, warning that other “evil factors” could fill the space the EU is not occupying in the region .

The Kosovan leader has used the appointment in Brussels to request a visa waiver for Kosovo, an issue that the European Commission has supported for four years but on which the 27 have not agreed. However, he has indicated that the Balkan countries need to be heard and has asked for support for countries on the European path as opposed to those on the “Moscow path”.

For Osmani, the EU’s support for the candidatures of Ukraine and Moldova sends a geostrategic and political message to Eastern Europe that should also be echoed in the Balkans. “While moving forward with Ukraine, EU countries must understand that we deserve to move forward too,” he urged.

WILL NOT UNLOCK THIS THURSDAY

The meeting with Balkan leaders ahead of the European Council is intended to send a signal of support to the region, particularly Albania and North Macedonia, where the official start of accession talks has been blocked by Sofia’s hesitation, although they have already done so. For more After more than two years, the twenty-seven gave the green light to Tirana and Skopje to negotiate their entry into the club.

Bulgaria is mired in deep internal instability and this Wednesday Kiril Petkov’s executive lost a motion of no confidence despite opposition leader and former Prime Minister Boyko Borissov pledged his support to the government to resolve the situation.

In this regard, Petkov did not predict an immediate release of the situation and, upon arrival in Brussels, defended with Balkan leaders that it will be the national parliament that will decide on the lifting of the veto, but he acknowledged that it would there will be no voting this Thursday

In any case, the President of the European Council, Charles Michel, has assured that this Thursday’s meeting is “an important moment” for the EU because the bloc “really has the political will to revive the process with the region”.

Referring to the Bulgarian veto, Michel said that the partners are following the situation “very closely”, with particular involvement from France and the proposed solution it has put on the table, which he hoped would be implemented “as soon as possible”. can start ” the negotiations with Albania and North Macedonia.

More pessimistic was the EU’s High Representative for Foreign Affairs, Josep Borrell, who acknowledged that the EU “is not where it should be” on the Balkans. “We should start the process with Albania and Macedonia. My disappointment is that many people still have hope but things are not going well,” he said.

Lamenting the lack of progress, the head of diplomacy defended “keeping the flame of European accession alive” to conclude that this Thursday was “not a good day” for EU enlargement in any case. For Borrell, Bulgaria’s more than two-year veto shows that the unanimity rule in foreign policy needs to be reviewed.

Belgian Prime Minister Alexander de Croo has called for “calm” after a question about the unrest in the Balkan region, focusing his speech on the “historic moment” that assumes that the EU will send a “strong signal” of support for the By granting Ukraine candidate status, it doesn’t mean that joining Europe will be quick, it will take a long time, but the signal is important,” he warned.

“It’s taking too long for countries like North Macedonia,” said Irish Prime Minister Micheal Martin, who had asked for the accession process to “speed up” because “it was the best geopolitical move” to bring the region closer to the EU.

According to Estonian Prime Minister Kaja Kallas, the bloc must “give hope” to the Balkans. “I hope that the Macedonia issue will be resolved: it is important to have this region in the European family,” defended the Baltic head of state.

Gabriel enters the discomfort of a generation

Fall Guys: How to Change Name