Balkan leaders brand summit with EU as ‘negatively historic’ after lack of progress on accession. 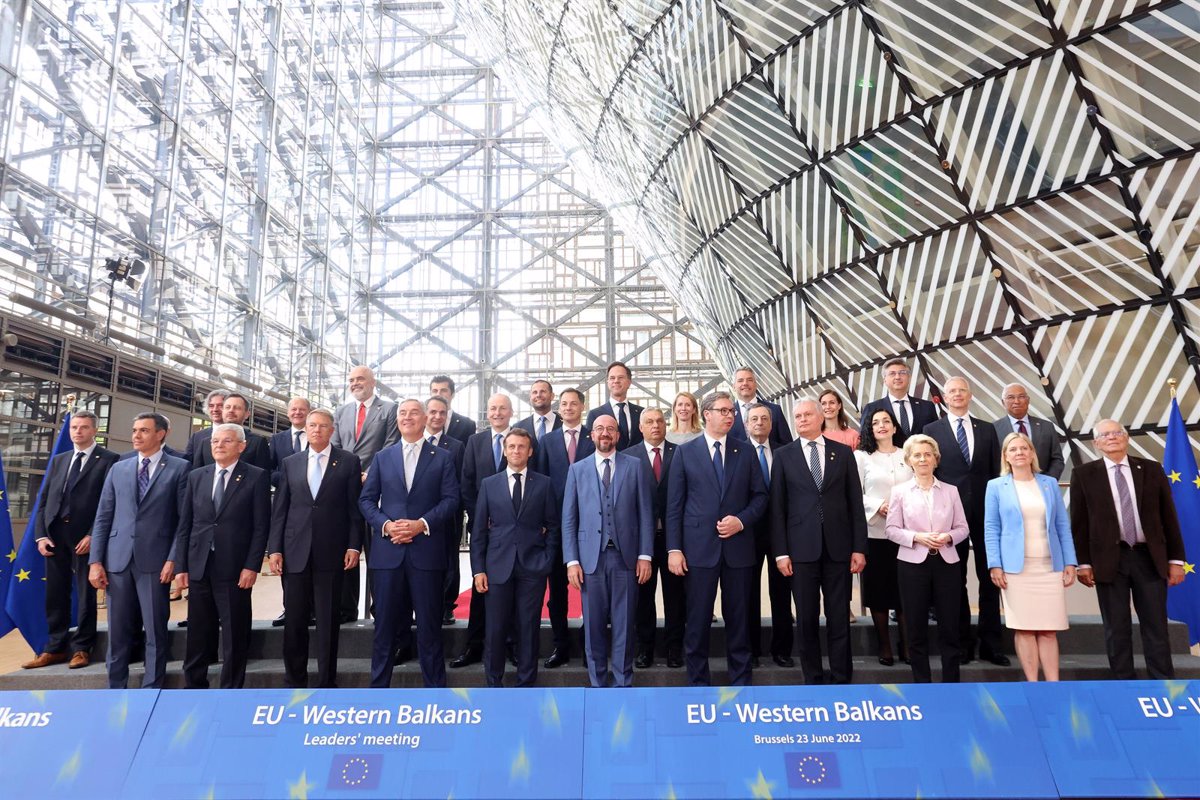 The leaders of Albania, North Macedonia and Serbia branded Thursday’s summit with the European Union as “historically negative” after it ended without concrete progress on joining the European Union due to Bulgaria’s veto against opening negotiations with Skopje and Tirana block ended .

The press conference by Albanian Prime Minister Edi Rama, Macedonian Prime Minister Dimitar Kovacevski and Serbian President Aleksandar Vucic has turned into a rosary of accusations against the European bloc for not declaring the “kidnapping” of Sofia in the European Parliament way Albania and Macedonia under Citing cultural and historical differences with Skopje.

“It’s important to tell the truth, it’s not just Bulgaria. It’s unfortunate, but it’s not just Bulgaria. The problem is the flawed enlargement process and Bulgaria is the clearest expression,” criticized Rama, stressing that Albania had caught up candidate status and Macedonia for 17 years, but without starting formal accession negotiations.

The Albanian leader has put the ink on member states for not being able to “free two hostages” and therefore “the summit was historic in that sense, but in a negative sense”.

He has also extended his criticism to the enlargement policy itself, after saying he is “sorry” that member states cannot resolve the Bulgarian veto and that one country commits the whole Union. “They had the best words and everyone said they felt bad because they couldn’t provide concrete results,” he said.

In any case, Rama has pledged to keep working on the European reforms the country needs, but has warned the EU not to “weaken Albanians’ confidence in Europe”. “Don’t do like the church debating the gender of angels while Constantinople fell,” he decided.

For his part, Kovacevski, the main victim of Sofia’s position, has expressed his “dissatisfaction” with the progress of the accession process and asked for consideration for Macedonia on its European path. Therefore, he has asked for respect for his identity, language and culture and for bilateral issues not to dictate the negotiating framework with the EU.

“None of these issues were questioned by the 27 member states on their way to the EU. That’s what we want, no more and no less,” he said, regretting that what happened at the summit was a “dead blow” to the credibility of European integration.

The Macedonian prime minister has flatly rejected Bulgaria’s French proposal to lift the veto in return for a Skopje constitutional amendment mentioning the Bulgarian community in the country. “At the moment it is unacceptable for me, for the government, for the president, for the citizens of North Macedonia,” he insisted, stressing that the country is ready to start negotiations with the EU as soon as it is clear on this issue.

For his part, Aleksandar Vucic criticized the lack of concrete results at the meeting with European leaders and shrugged off criticism that he said the bloc countries had cracked down on Serbia for failing to impose European sanctions on Russia’s invasion of Ukraine.

“Macedonia and Albania were not given a date to start negotiations, Bosnia did not achieve candidate status, Pristina did not have a visa waiver. We have been criticized by the member states for the Russian and Ukrainian issue, that happened in practice conditions,” argued the Serbian leader.

In separate statements, the President of Kosovo, Vjosa Osmani, expressed satisfaction that “it was time for more positive statements so far to be made within the EU” on Kosovo and the visa waiver.

“Even countries that have hesitated in the past, many of them today have shown concrete support and called for progress in this direction,” he said in statements to the press at the end of the meeting. “But now we need to walk the talk, we need concrete actions apart from statements of support, and we need a decision on visa waivers now,” he stressed.

THE EU WILL TRY TO ‘STIMULATE’ THE ACCESSION PROCESS.

Amid the dissatisfaction displayed by Balkan leaders, European sources ease the tension, saying countries’ demands are clear, but it was to ‘ensure there is a European family’ and that the EU will try to ‘revive’ that . lead the accession process and more agile negotiations.

The President of the European Council, Charles Michel, has shown on social media his strong support for “relaunching” the integration process and promoting access for the Balkan partners. “Work continues to quickly find an acceptable solution to the North Macedonia issue,” said the former Belgian prime minister, who canceled the planned press conference after the meeting with the Balkans.

European sources have stressed that despite the lack of progress during the meeting, it has become clear that accession negotiations with Albania and Macedonia are “absolute priority” and underlined the urgency of resolving the disputes between Sofia and Skopje.

During the summit, Bulgarian Prime Minister Kiril Petkov, whose government is hanging by a thread after a no-confidence motion failed, said the parliamentary vote to lift Macedonia’s accession veto will be held soon on Monday, other sources have said, as soon as the opposition leader did and former Prime Minister Boyko Borissov has pledged his support to the government to resolve the situation.

Petkov has indicated to the press that he hopes to resolve the situation “as soon as possible” and that the blockade will not be extended any longer, at the expense of the parliamentary vote in Bulgaria, which is scheduled for the next few days.

Meanwhile, Dutch Prime Minister Mark Rutte said that “nothing has ever been easy” in this region and that countries like Bosnia and Herzegovina or Kosovo still have to make progress in their processes. Regarding the Bulgarian blockade, he sees a “50-60%” chance that the situation will be resolved “next week”.

Following French President Emmanuel Macron’s proposal to set up a European political community involving EU countries and other European states in political and security cooperation, the Albanian leader was open to this option while parallel progress is being made towards EU accession.

In his opinion, it could be an opportunity for all European countries to “live together” in a common house. “It doesn’t matter if some of us are on different floors, but we can be together in the living room,” Rama explained, while Vucic also assessed that this forum might be the “only way” for the Balkan partners to be heard from the Europeans.

For his part, Kovacevski thinks Macron’s initiative is “important” but has stressed that he needs to define how it works and what its goals are, stressing that “it cannot replace EU membership”.