Baldoví says Oltra’s future will be a ‘personal and collective’ decision and asks Puig for ‘moderation and prudence’. 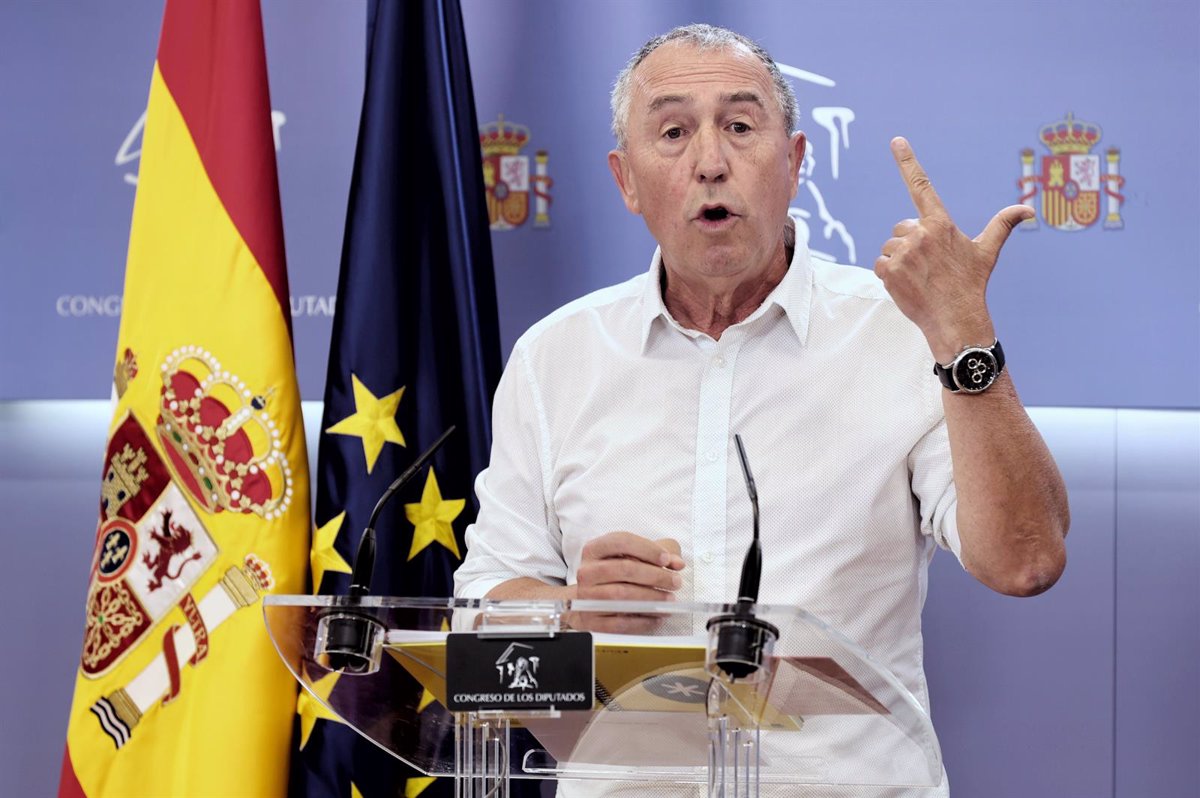 Comprom MP in Congress Joan Baldoví on Monday reiterated his confidence in the Vice President of the Generalitat Valenciana, Mónica Oltra, stressing that her future must be the result of a “personal” but also a “collective” decision and has demanded the President of Valencia, the socialist Ximo Puig, to proceed with “moderation” and “prudence” and not to adopt “unilateral” positions.

Baldoví pointed this out in a congressional news conference, in which he admitted he may be “politically wrong” in his close support for Oltra, who has been charged with allegedly covering up her ex-husband’s abuse of a minor.

“If I think a person is innocent, then what do I do?” he wondered, emphasizing that he couldn’t “distinguish himself” and that he felt “in person” was the right place to be to his partner who he sees as a victim of a “hunt” for which he blames the “extreme right”.

A few hours before the meeting in which the leadership of the Comprom will analyze the situation, Baldoví has ​​clarified that the decisions they take must combine the “personal” position of the vice-president and the “collective” position of the Valencian coalition and that it is “the what is “best” for them and also what is “right” for the organization as a whole and for defending the interests they wish to defend for the citizens of their community.

Baldoví has ​​indicated that “there is no talk of resigning” and urged Puig “not to make hasty decisions”, that “he understands that these decisions are complicated and difficult and that they have to be agreed”.

“It’s not about two, three days or a week, we will make the decision that we have to make but we will make them all by consensus,” he insisted, stressing that the decisions of a coalition government like the Valencian must be made ” to be in consensus”. “I am sure that Puig is a very prudent and level-headed person and that he knows that he is president thanks in part to the votes of compromise,” he added.

After reminding that “Oltra is not guilty of anything at the moment”, Baldoví pointed out that the pictures in which she was seen dancing last Saturday did not correspond to “a party” but an act of the ended coalition, so as is the custom, with a performance by a Valencian band.