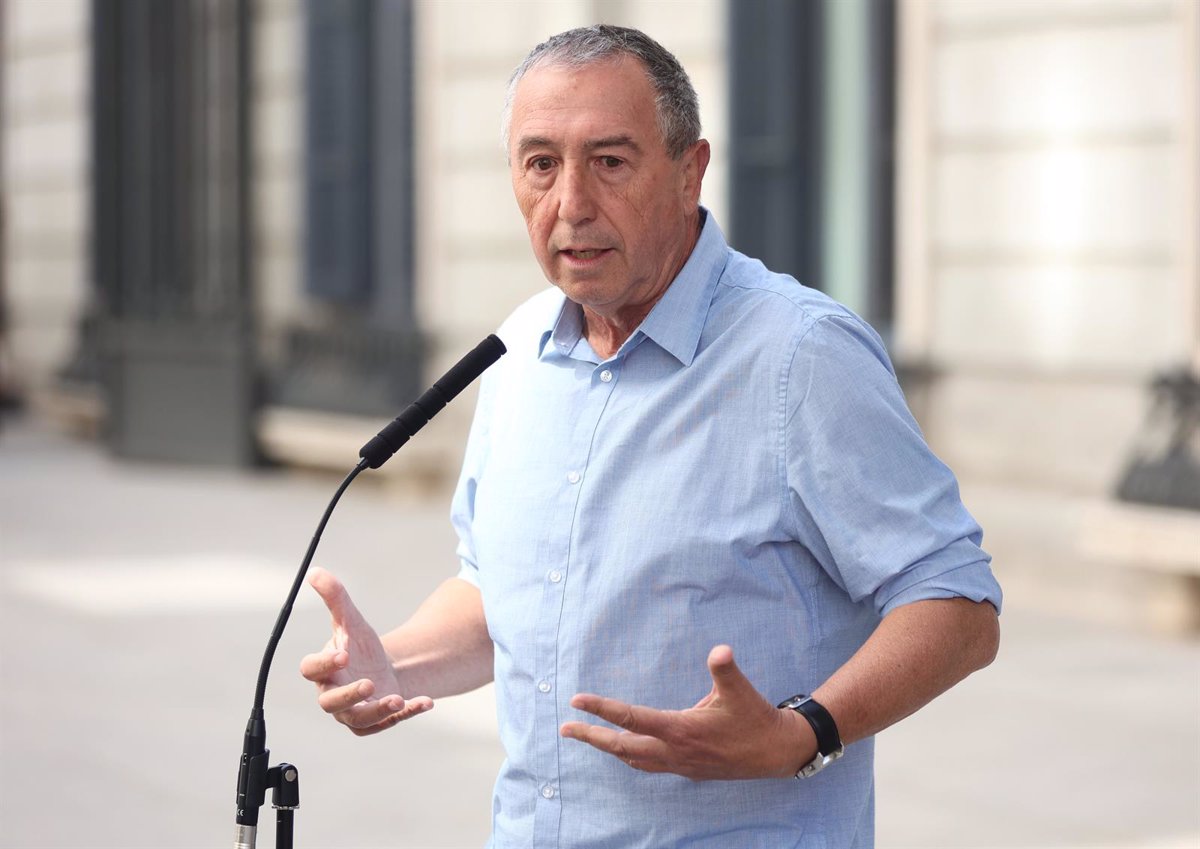 He denounces that there is a “hunt” on left-wing politicians

Compromise Congressman Joan Baldoví supported the position of Prime Minister Pedro Sánchez, pointing out that this executive, like former Valencian Vice-President Mónica Oltra, is uncomfortable for many economic powerhouses.

“And that is why there is a hunt for all left-wing politicians to achieve what the polls fail to achieve. I totally agree, although sometimes I think that Sánchez is less uncomfortable and less ambitious than he should be,” he stressed at the press conference this Tuesday in the House of Commons.

Last Saturday, the head of the executive branch announced the government was “very uncomfortable” for “certain economic powerhouses” who “have their political and media terminals,” assuring that they cannot “break” the executive branch despite the fact that “there’s a lot meets.”

“This government is being badly beaten by certain powers,” Sánchez said, lamenting that it was “a reality” that she had suffered for four years: “First with the motion of no confidence” that put an end to the party’s popular government by Mariano Rajoy “and later with the formation of the first progressive coalition government”.

For her part, on the 21st, Mónica Oltra announced that she was resigning from her position as vice-president, spokesperson and advisor for equality in the Valencian government and her activities as regional MPs following her indictment in the case of the alleged cover-up by the Valencian government of abuse of her ex-husband on a minors in care. “I’m leaving with my head held high because I know what a shame that is, but also with clenched teeth, very clenched teeth,” he claimed.