Balbin’s “La Clave”, the fame and fall of the program that changed Spanish television 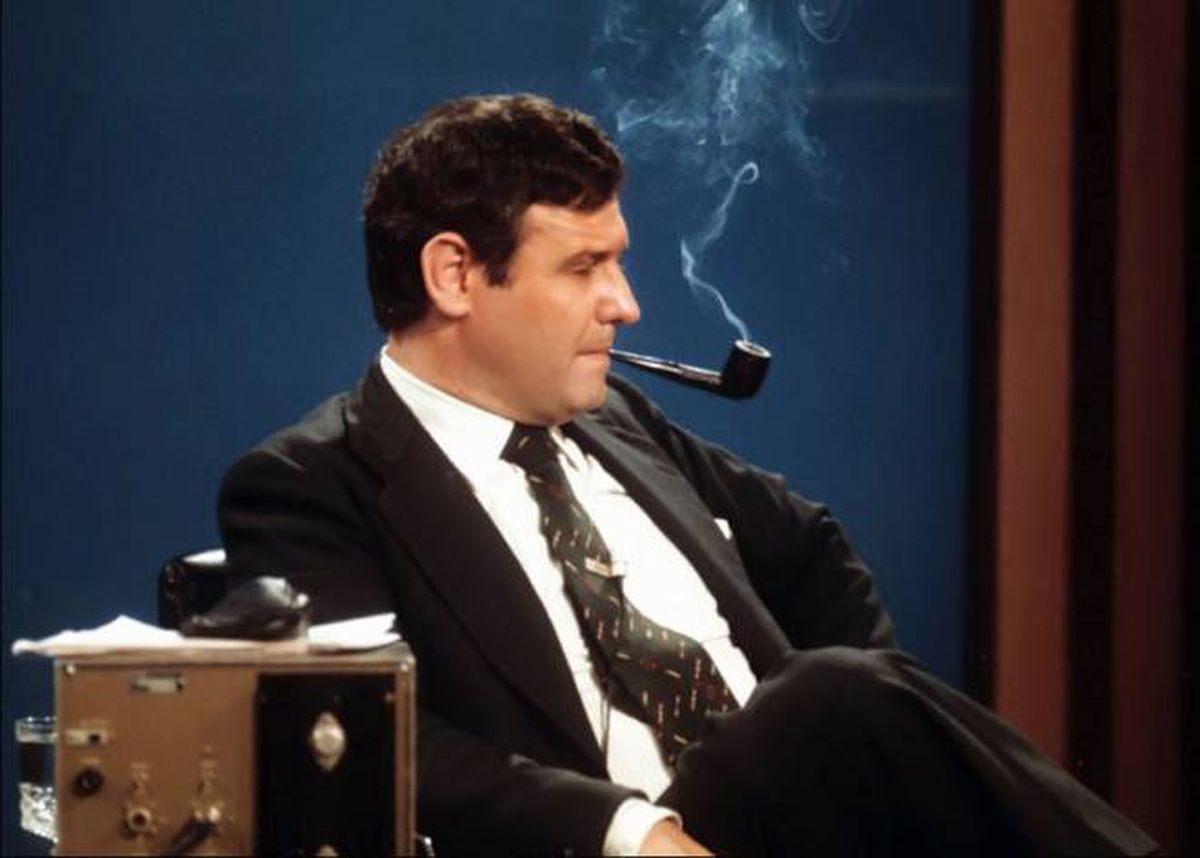 In the fall of 1975, while dictator Franco was on a slow road to his death, the media seethed in troubled waters. The old hadn’t just died; the new had not just been born. The landscape – the triumphs and the perils – was described by Forges in two memorable vignettes published in information, “the afternoon newspaper”, financed by several bankers, with more sorrow than glory, led by Emilio Botín, grandfather of today’s Botín. “Today is the bullfight of journalists,” said a Forgian Blasillo to his fellow sufferer as he walked through a city without buildings. “Where are they taking them out?”. “Everywhere, everywhere, everywhere”. They repeated a combat journalism, very inferior, that suffered from censorship, arrests, media closures and often beatings. Old regime politicians abandoning a ship that seemed to be sinking, hundreds of priests in a prison in Zamora, graffiti against the leader of the bishops, Cardinal Tarancón – “Tarancón to the wall” -, ETA murder daily and saber-rattling in the Barracks! Nothing good seemed possible. But there were journalists and media who sometimes dared to tell it against all censorship. The dictatorship tried to counteract them with slander. Forges’ vignette showed him with a very young journalist – we were all young then – sitting on a piano, disheveled, bearded, skinny. His father tells him, “Either you drop your attitude or I’ll run around the neighborhood pretending to be a journalist.”

Spring 1976. The dictator was buried with great paraphernalia, but nothing seems to be changing. Suddenly, on a trip to New York (April 26, 1976), King Juan Carlos filters a reporter from the magazine news week the opinion his prime minister deserves, President Arias Navarro, a longtime Franco supporter (he was known as the Butchers of Malagafor the repression he led in that province after the war): “It’s an absolute disaster,” recognized Juan Carlos I. Three months later he elected President Adolfo Suárez, who has been everything in the Francoist national movement, especially every director-general by RTVE between 1969 and 1973. He quotes Antonio Machado, a poet who died in exile: “Today is open / see you tomorrow. Tomorrow to infinity. / Men of Spain, not even the past has died, / nor is tomorrow written in yesterday”.

It is the beginning of the time of José Luis Balbín, a legendary journalist in every respect, who died on Wednesday at the age of 81. Asturians from Pravia – “General Riego’s people”, he liked to boast – he studied law and journalism in Madrid without financial difficulties, he makes friends with colleagues who should have excellent careers – Rodolfo Martín Villa, Fernando Suárez, José María Otero, among others – and enters at just 22 years old to write editorials in the famous page three of Village, another afternoon newspaper in Madrid, the newspaper of the vertical unions. Soon he is your correspondent in Germany and later in Paris. Since he left Spain without doing military service, he is considered a suspected fugitive. Returning by force, he suffers the first episode of ostracism.

Balbin’s professional career is not only The key, but the legendary program, with its glories and falls, shaped him for life. Always controversial, suppressed many times and reborn in the winds of politics, the first season lasted only 12 weeks in the fall of 1976. I wanted to deal with the topic of caciques. He came back soon. The Suárez government believed that a show like Balbín’s, now with unimaginable viewership, was the best way to explain to people the virtues of a struggling democracy.

When Miguel Ángel Toledano commissioned Balbín to develop a debate program – “Are you going to sign up?” challenged the director of TVE – there were no media gatherings in Spain. The key It was a novelty, then the subject of jokes and slander. Today they are a plague. The formula of the Asturian journalist was also extravagant. The key It began with the guests forming a circle, talking with their backs to the viewer, standing unhurriedly while music composed by Carmelo Bernaola for the program played. Then followed a film freely chosen by Carlos Pumares on the subject to be developed later: corruption, gambling, Marxism, divorce, church money, NATO, Opus Dei, homosexuality, drugs, abortion, books, constitution, witchcraft, emigrants…

The stage invited to rest and the debate proceeded unhurriedly until the early hours of Saturday morning. Balbin smoked a pipe and spoke little. The guests, returning from dinner while the viewers were enjoying the film, did not raise their voices, interrupt or mock each other. All programs featured foreign guests of the highest caliber, such as Olof Palme, Noam Chomsky, Bernard-Henri Lévy, Truman Capote and Gore Vidal. The simultaneous translation not only did not bother the viewer, but was attractive. The list of Spanish participants from politics, science and culture was also outstanding: Tierno Galván, Ramón Tamames, Alfonso Guerra, Julio Anguita, Santiago Carrillo, Federica Montseny, Severo Ochoa, Lidia Falcón, Gustavo Bueno, Santiago Amón and Ángel Gonzalez.

Despite this plurality The key It was the great headaches of successive RTVE directors-general that they had to endure and sustain between 1976 and 1985, in the best sense of the word. Others loathed it but dared not suppress it altogether. José María Calviño did so definitively when the PSOE governed, those years with an overwhelming majority in a large part of the political institutions, particularly in the Congress and the Senate. They thought they could take the scandal of abolition. The program, which was vetoed, was supposed to discuss corruption, with Alonso Puerta at the center of the dispute. He had been a socialist councilor in Madrid, had complaints to make and was later one of the founders of Izquierda Unida. 408 programs were broadcast and only a few did not reach the households.

“In today’s meetings, we already know what everyone is going to say,” Balbín complained. “They shout, they interrupt, they insult each other, they cover subjects they are not experts on.” He boasted, among others, of the one he shared with Santiago Carrillo, Manuel Fraga, Alfonso Guerra, Miquel Roca, Xabier Arzalluz and Agustín Rodríguez Sahagún moderated on the welfare state. A stubborn and great dialectician, from an enormous culture that he displayed with great sympathy – reciting verses or telling jokes with sinister grace – he knew how to overcome the tug of war without giving up his independence. It was no picnic, as he lived with very different CEOs in ideology and character, such as Rafael Ansón, Jesús Sancho Rof, Fernando Arias-Salgado, Carlos Robles Piquer, Eugenio Nasarre, Fernando Castedo and José María Calviño. He had lived with him without fanfare, even as his director of TVE news, from where Balbín showed particular originality when he appointed Luis Carandell and Víctor Márquez Reviriego chroniclers of the courts (Carandell in Congress, Reviriego in the Senate), so they exercised in the manner of Wenceslao Fernández Flórez. They lasted very little.

Balbin’s prestige was immense and never waned. Year after year it collected all the prizes awarded to the journalistic profession. Forty years later, walking by his side was a permanent stop. Acknowledged by young and old, men and women asked him for autographs or congratulated him for making it easier for them every weekend to become better citizens thanks to a program that is a faithful thermometer of a society in the making after the long blackout of was the Franco dictatorship.