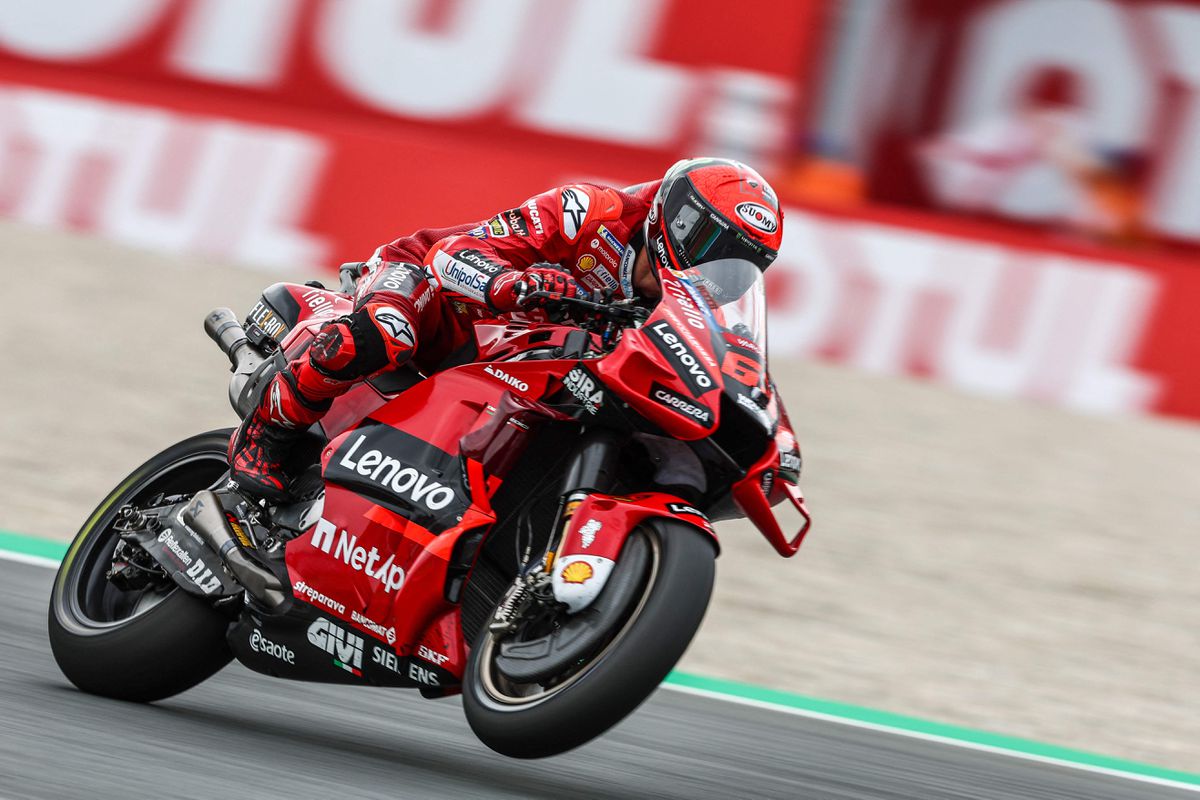 Pecco Bagnaia broke Ducati’s curse in the Netherlands with a flag-to-flag victory in a very eventful race marked by the double crash of Championship leader France’s Fabio Quartararo. The Yamaha benchmark spoiled his race and that of Aleix Espargaró with an impossible overtake attempt on lap four that sent them both onto the gravel trap. The Granollers rider, the Frenchman’s main pursuer, managed to keep his bike upright in the face of the World Champion’s hasty movement.

Espargaro, who had saved Bagnania time before the incident, fired and shot like a madman at Assen to climb from 14th to 4th with a masterful double pass in the final chicane over Binder and Miller. In what might have been the race of his life, Aleix capitalized on the retreat of Quartararo, who wanted to leave with the wrecked bike but insisted given the threat of rain and his team’s encouragement. After stopping in the pits to let it pass on lap ten, he returned to the track after a brief discussion with his technical boss. Already cold, the Frenchman repeated the crash at turn five, this time with more violence after a detour with his bike, which sent him flying with the misfortune of hitting the tarmac head-on.

The drama between the main contenders for the title was overshadowed by the superb performance of Mario Bezzecchi, who claimed his first premier class podium in second place. Third was Maverick Viñales, who was finally competitive on a Sunday with the Aprilia.

Since 2011, Yamaha and Honda had alternately shared victories at Assen, but poor timing from the Golden Wing factory left them without options before the start of the race. Takaaki Nakagami, the first Honda on the grid, started 12th – the brand’s worst result in The Cathedral motorcycle race since 1982 – and finished in the same place.

Augusto Fernández smiles before the holidays

Augusto Fernández won his second consecutive race at Assen and moved up to second in the championship standings, level on points with Italy’s Celestino Vietti. The Mallorcan rider beat Ai Ogura in the Netherlands, third in the competition, just a point behind his two rivals. John Dixon was third after battling with teammate Albert Arenas, who was aiming for his first podium in the intermediate category but crashed on the penultimate lap.

In Moto3, Izan Guevara continued to take points from teammate Sergio García Dols in the fight for the World Championship. The Spaniard, who is three points behind the leader, finished second ahead of the Valencian. Japan’s Ayumu Sasaki won a fast-paced race with a smashing finish that saw the very young David Muñoz fall, taking Jaume Masià and John McPhee with him after a hasty move. Italy’s Dennis Foggia, Spain’s main challenger in the Championship, fell while struggling in the lead group.