Bagnaia confirms his dominance and starts first in MotoGP 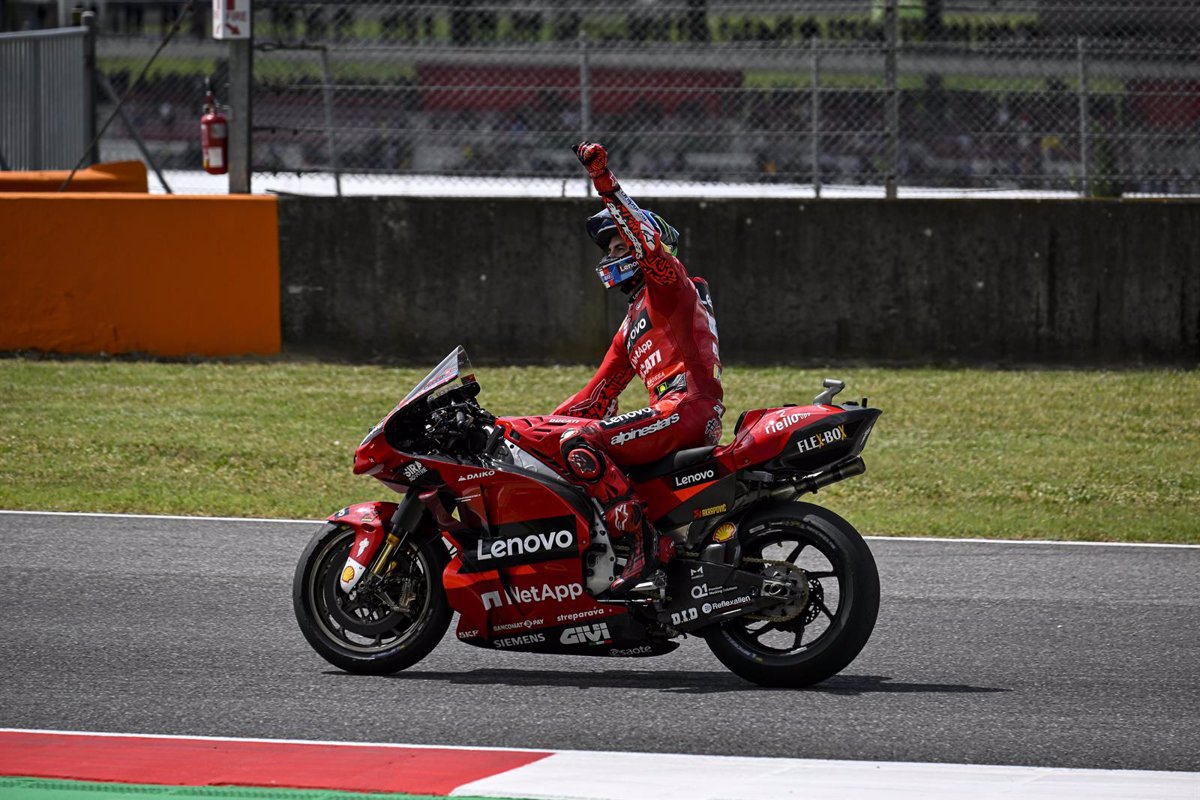 Italy’s Francesco ‘Pecco’ Bagnaia (Ducati) has secured pole for the MotoGP race of the German Grand Prix, round ten of the motorcycle world championship, and will lead a front row where he will be joined by the championship leader , Fabio Quartararo (Yamaha) and Frenchman Johann Zarco (Ducati) while Aleix Espargaró (Aprilia) starts fourth.

A spectacular time of 1:19.931 gave the Transalpine the third pole of the circuit, after the Spanish Grand Prix and the French Grand Prix, 76 thousandths ahead of the rider from Nice, who will try to take advantage of his position while continuing to earn more improve the Spaniard Aleix Espargaró (Aprilia).

The man from Granollers, 22 points behind “El Diablo” in the standings, starts fourth and tries to make up for his monumental mistake at the Circuit de Barcelona-Catalunya; He was second with one lap to go and stopped pushing thinking the race was over and his reaction only earned him fifth place.

He was still undercutting the mark with a few minutes to go and on his last lap he was again the first to drop under 1:20 to take first place. Aleix reached the crucial moments on the front line, but Quartararo and Zarco managed to drive him off.

Also, Jorge Martín (Ducati) will start eighth ahead of Maverick Viñales (Aprilia) and Joan Mir (Suzuki) in 12th. Among those who didn’t manage to make it through Q1, Pol Espargaró (Repsol Honda) will start from thirteenth, Alex Márquez (Honda) from sixteenth and Raúl Fernández (KTM) from twenty-second and penultimate.

For his part, Alex Rins (Suzuki) did not take part in the session and will miss the date in Sachsening – where eighth champion Marc Márquez will also be absent – due to pain in his left wrist.

- Advertisement -
Share
Facebook
Twitter
Pinterest
WhatsApp
Previous articleDrew Weissman: “We believe that within the next six or seven years we will have an effective vaccine against HIV”
Next articleThis will be Ana de Armas, who transforms into Marilyn Monroe in the movie Blonde