Baerbock visits the divided city of Mitrovica in Kosovo 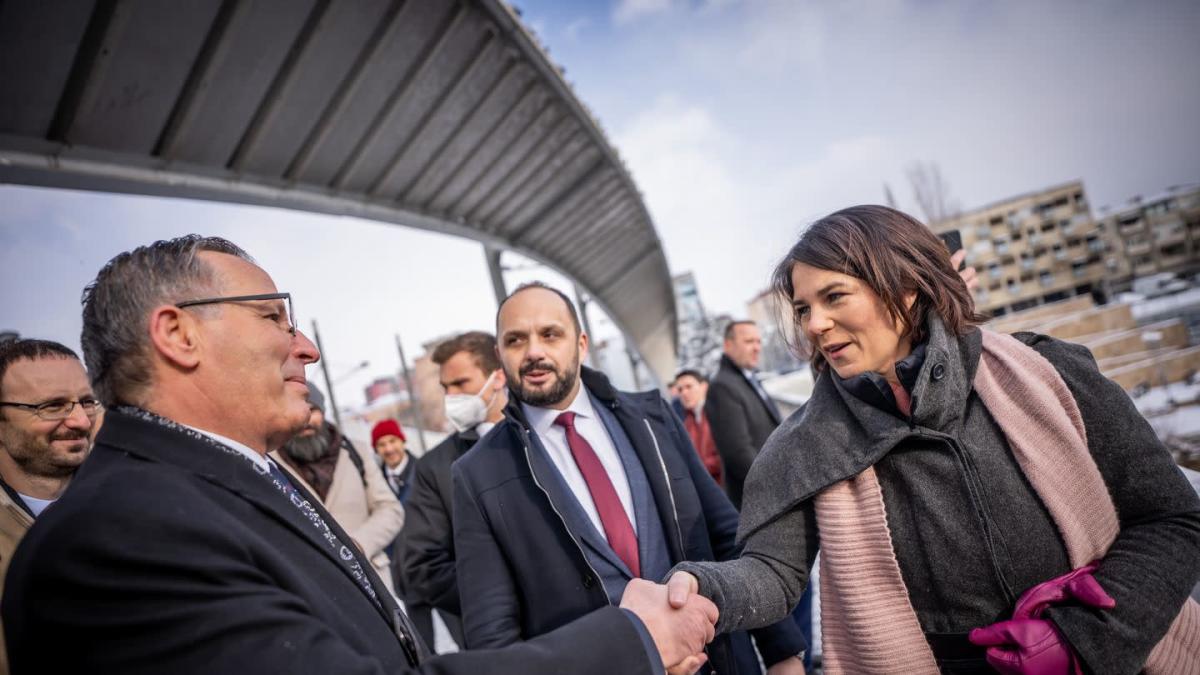 Pristina/Belgrade (dpa) – At the end of her visit to Kosovo, Foreign Minister Annalena Baerbock traveled to the divided city of Mitrovica, in the north of the country.

The politician from the Greens got an idea of ​​the situation at the Puente de Ibar on Friday morning. Even if there are no longer any physical barriers, the northern part of the city is populated mainly by Kosovar Serbs and the southern part by Kosovar Albanians. The administration, security structure and social affairs in the north are still removed from the Kosovar state. The bridge has been the scene of various ethnic incidents since the 1999 Kosovo war.

Subsequently, the Greens politician wanted to inaugurate a wind farm that was built with German support. With almost 170 million euros, the plant, which consists of 27 turbines, is the largest foreign investment since Kosovo’s independence in 2008. It was created at the initiative of a German project developer in cooperation with two Kosovar businessmen.

In the context of the Russian war of aggression in Ukraine, Baerbock wanted to meet Serbian President Aleksandar Vucic in Belgrade around noon. In the past, Vucic has traditionally had good relations with Russia. Baerbock had announced that he wanted to make it clear in the Western Balkans “that we will not leave this region in the heart of Europe to the influence of Moscow.”

Serbia recently voted at an emergency session of the United Nations General Assembly in New York to condemn Russia’s war of aggression. However, Vucic does not want to follow the EU sanctions against Russia. It is not yet clear what impact this will have on EU accession negotiations, which have been ongoing since 2014. The political leadership in Serbia, dominated by Vucic since 2012, also shows little willingness to reform. Democracy and media pluralism are increasingly eroding them.