Baerbock: the Western Balkans “do not remain in the hands of Russia” 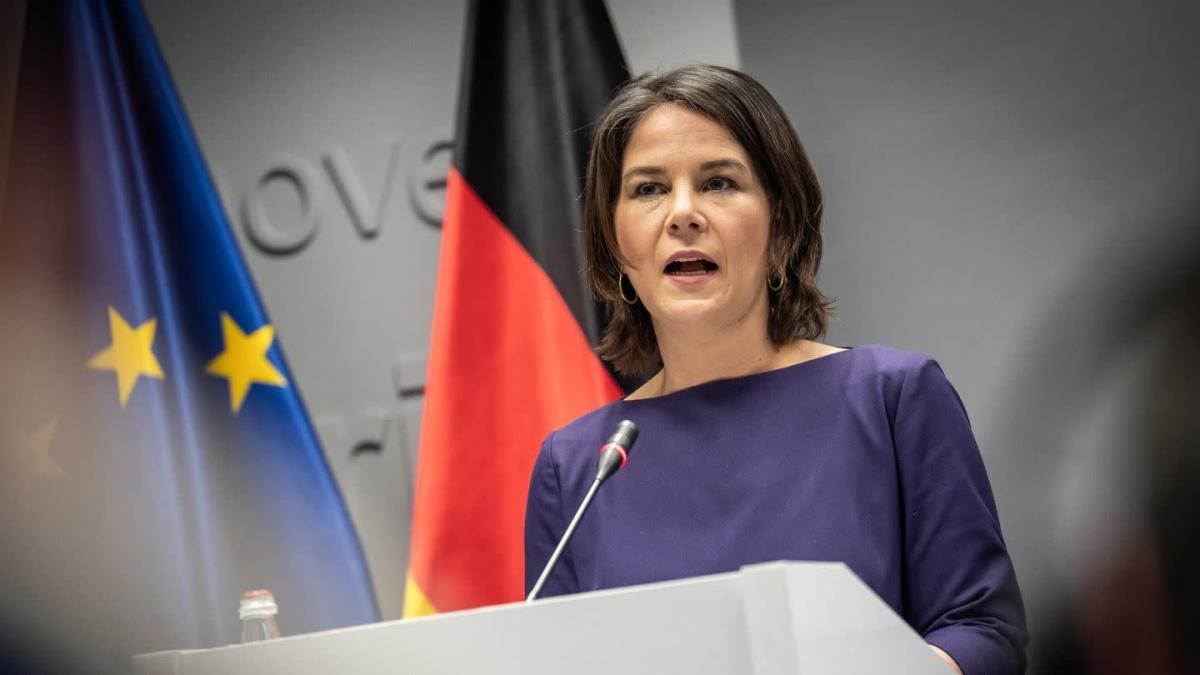 Sarajevo/Pristina (dpa) – In view of Russia’s war of aggression in Ukraine, Foreign Minister Annalena Baerbock wants to promote closer ties between the Western Balkans and the EU.

Germany is giving “a hand to the states of the region on the way to Europe,” the Green politician said Thursday night in the Kosovo capital Pristina after a meeting with Prime Minister Albin Kurti. One wants to walk this path together for peace and security “and in the sense of strengthening democracies around the world.”

One of the most important prerequisites is building confidence in the region, Baerbock said. This requires advancing the normalization dialogue between Kosovo and Serbia. War wounds must not be forgotten. At the same time, however, pragmatism and courage are required to make difficult decisions in order to give the younger generation a chance at a better future. He will say it with great emphasis this Friday at his talks in the Serbian capital, Belgrade.

In Belgrade, the minister wanted to speak with President Aleksandar Vucic, among others. Vucic has been in close contact with Russian President Vladimir Putin for years.

Baerbock warns of further destabilization of the Western Balkans region

In Bosnia-Herzegovina, after a meeting with Foreign Minister Bisera Turkovic in Sarajevo, Baerbock said: “This country belongs to Europe.” That is why we must work together intensively and more quickly on the prospects of accession. At the same time, Baerbock warned of a destabilization of the region in the face of nationalist tendencies.

“That is why we must and will stop those who are endangering the peace here in Bosnia and Herzegovina for selfish reasons,” Baerbock said. Together with his partners, Germany will not “allow the security situation to deteriorate.” Baerbock was referring to Bosnian Serb leader Milorad Dodik, who has been working on separating the Serb part of the country from the Bosnian state for the past few months. He enjoys the support of Russia.

Bosnia, which suffered 100,000 deaths in a bloody war some 30 years ago as a result of the collapse of Yugoslavia, has prospects of joining the European Union (EU) but is not yet a candidate. Turkovic called for an abbreviated procedure for granting candidate status and a date for the start of accession negotiations. “We believe that this would be a strong contribution to peace in Bosnia … and in Europe,” he said. The Western Balkans are currently “a weak spot in Europe” and thus “a place where the strength and foreign policy role of the world’s most prosperous alliance must be demonstrated.”

Meeting with the “Mothers of Srebrenica”

In Sarajevo, Baerbock also met with representatives of the victims’ organization “Mothers of Srebrenica”. During the 1995 Srebrenica genocide, Serb troops invaded the UN protection zone there and killed more than 8,000 Bosnian Muslim men and boys. The massacre is considered the worst war crime in Europe since the end of World War II.

Baerbock had previously visited the old town together with the mayor of Sarajevo, Benjamina Karic, and the mayors of Banja Luka and Mostar. He visited the Serbian Orthodox Cathedral, the Main Mosque, the Old Synagogue and the Catholic Cathedral of the city. There has been great religious diversity in Sarajevo for centuries.

In the evening, Baerbock met with representatives of NATO’s KFOR mission and soldiers from the German contingent. As part of the KFOR mission, up to 400 German forces can be sent to Kosovo. Currently, around 70 Bundeswehr soldiers are tasked with ensuring public order in the country and supporting the establishment of a civil peace order.