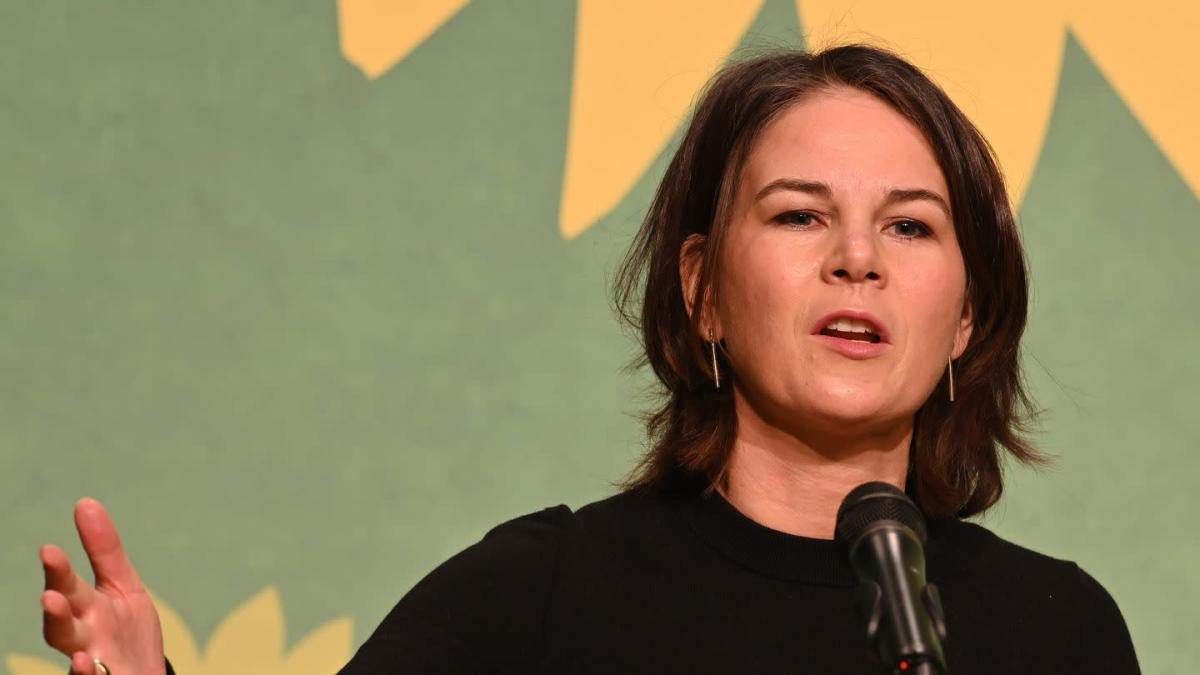 “We support the Ukrainians so that they can defend themselves and fight for their security and peace.”

Baerbock warned that Putin’s aggression, which violates international law, is not only an attack on Ukraine’s sovereignty and 40 million Ukrainians, but also an attack on the European peace order. However, it is not possible to intervene directly in the war because this would endanger Ukraine’s neighboring countries, which are members of NATO. “It is important that we condemn this war in the strongest possible terms and clearly establish who can end this war, and that is the Russian president.”

Baerbock: “See that the sanctions stick”

The Chancellor referred to the harsh sanctions that have been imposed on Russia. “We see the sanctions taking a hit because Putin is suddenly demanding that energy be paid for in rubles,” Baerbock said. There is no giving in, he emphasized: “The contracts are signed in euros or dollars and they are also paid in euros or dollars. We are not playing this game.”

Baerbock also noted the support needed for war refugees. “Yesterday we launched an airlift as a sign that more flights across Europe and across the Atlantic will follow,” the Foreign Minister said. “It will be thousands of flights. Eight to ten million refugees will come and we will take them all in.”

Meanwhile, according to Defense Minister Christine Lambrecht, Germany has not only supplied Ukraine with weapons, but also large amounts of fuel. This was bought in Poland, the SPD politician told the Germany editorial network. “Overall, we deliver, and deliver consistently.” She rejected accusations of slow arms deliveries. But she can understand Ukraine’s impatience, Lambrecht said.

On Friday night it became known that more weapons from Germany had arrived in Ukraine to fight the Russian attackers. According to information from Ukrainian government circles, this includes 1,500 Strela anti-aircraft missiles and 100 MG3 machine guns. There are also 8 million rounds of ammunition for pistols and other equipment.