Baerbock in Serbia: Show your colors to Russia 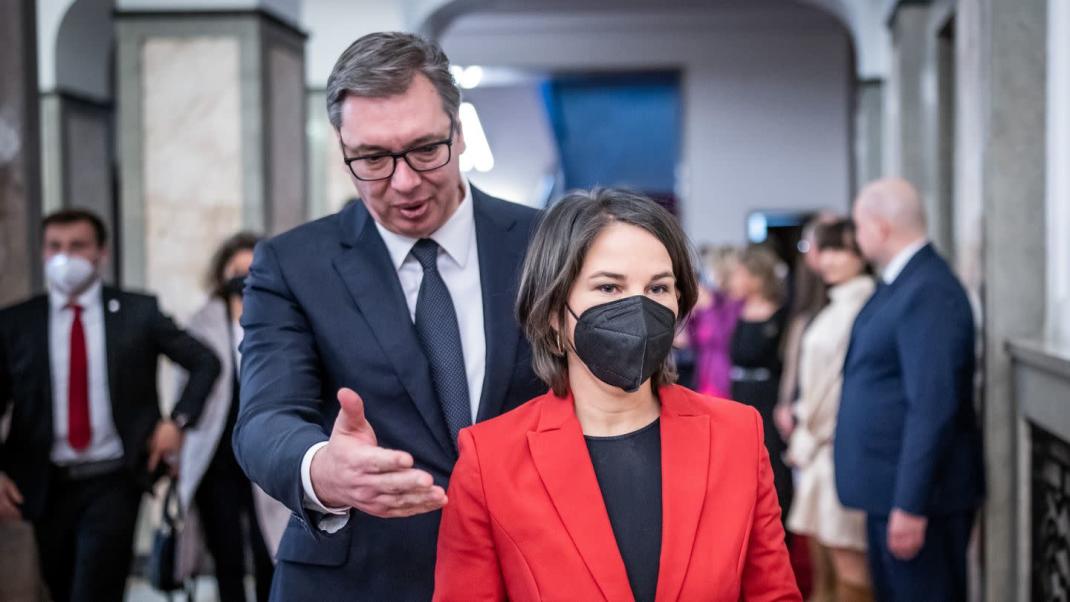 “What is at stake in Ukraine is nothing less than our common European values ​​of peace, freedom, democracy and prosperity,” the Green politician said on Friday after talks with Vucic in Belgrade. “Anyone who shares these values ​​cannot sit on the sidelines now.” The EU membership Serbia is aiming for includes “the will to support the EU’s common foreign policy”.

Vucic had traditionally had good relations with Russia in the past. Serbia recently voted at an emergency session of the United Nations General Assembly in New York to condemn Russia’s war of aggression. However, Vucic does not want to follow the EU sanctions against Russia. Serbia has been conducting EU accession negotiations since 2014.

Like Germany, “Serbia has always attached importance to the fact that a clear course towards the EU and close cultural and social proximity to Russia are not a contradiction,” Baerbock said. “But that is precisely why clear words and actions are now required from us, from our two countries, in view of this violation of international law.” Visible progress is now needed to normalize Serbian relations with Kosovo towards a binding agreement. Serbia has not yet recognized Kosovo as an independent state.

Baerbock called Serbian activities against the territorial integrity and sovereignty of Bosnia-Herzegovina unacceptable. “They threaten stability throughout the region,” he warned.

Vucic reacted defensively to a journalist’s question as to why Serbia did not understand the EU sanctions against Russia. “Serbia has in no way done anything that could harm Ukraine,” he said. With a view to a possible distancing from Putin, he added: “I don’t know what we should distance ourselves from.” And he added: “This is not about people.” He has had no contact with Russian officials since the beginning of the conflict.

Baerbock in the divided city of Mitrovica

In the morning Baerbock had traveled to the city of Mitrovica in Kosovo, which was divided between Serbs and Albanians. On the Ibar bridge he is doing what he tried the day before in Bosnia-Herzegovina: he is uniting hostile ethnic camps. The bridge lies between the Serb-dominated northern part and the southern part of the city, which is mainly inhabited by Albanians. There is always tension. Baerbock meets with the mayors of both districts and representatives of two non-governmental organizations.

All parties report problems, such as the fact that university degrees from the Serb-dominated part of the city are not recognized. The minister often does it like this: bring them together, listen, let them talk. And try to encourage dialogue. The group talked to Baerbock until she pushed to the end: in a few minutes she had to call “her chancellor” Olaf Scholz (SPD).

Chief diplomat: His way of working is also clear in Sarajevo

It was already similar on Thursday in Bosnia-Herzegovina. In the old town of Sarajevo, he meets the mayor of the city and his colleagues from Banja Luka and Mostar. Contacts between the three are usually difficult, but when they walk with the German minister, they strike up a conversation. Baerbock also pays close attention to the religious sentiments of the city, visiting the Serbian Orthodox Cathedral, the Main Mosque, the Old Synagogue and the Catholic Cathedral.

At the end of his visit, Baerbock inaugurated a wind farm in Kosovo that was built with German support. At almost 170 million euros, the plant, which consists of 27 turbines, is the largest foreign investment since Kosovo’s independence in 2008. The wind farm was created at the initiative of a German project developer in cooperation with two Kosovar businessmen and is intended to supply up to 100,000 homes with electricity.