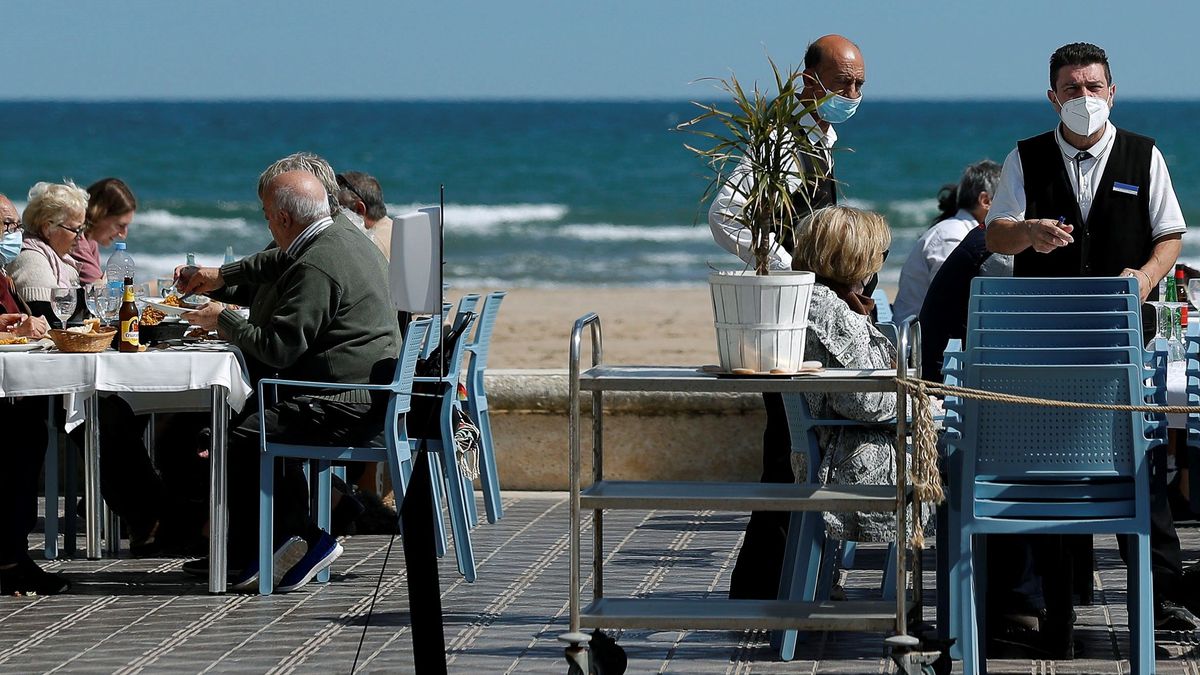 The virulence that the pandemic has exerted on all economic indicators has turned the statistic into a rollercoaster that is struggling to get back on track. This is how you have to read the development of the average spending of families: In 2021 they experienced the strongest increase in the series – a rebound of 8.3% to 29,244 euros – and are still below the level of 2019. The distance to the pre-Covid era is almost 1,000 euros, 3.3% less in percentage terms Family Budget Survey published this Tuesday by the National Institute of Statistics (INE).

effect and counteraction. In 2020, lockdowns and mobility restrictions imposed in the wake of new waves of contagion changed household consumption habits and squeezed spending by almost 11%. In 2021, even with the end of the pandemic but with the progressive reopening of activity, family payouts recovered strongly. “However, this recovery was not complete,” says the INE. If you look at the average expenditure per household at constant prices, you have to go back to 2016 to find values ​​similar to 2021.

The panel – which is now in the spotlight following the resignation of its president-quizzed by the government – breaks down how average spending across categories is still below pre-pandemic levels. The biggest gaps are occurring in those activities most associated with mobility and physical contact, which have not been able to return to full activity in 2021 due to successive waves of infection. These are restaurants and hotels, which recorded 22.3% lower spending in 2021 than in 2019, leisure and culture (-21.8%), clothing and shoes (-18.4%) and transport (-16.9%). At the other extreme, food and non-alcoholic beverages, health and housing are the only ones to see increases compared to pre-Covid times.

It will now be necessary to see how households react to an economic scenario in which the health risk – and possible restrictions – are dissipating, but with other unknowns on the horizon. Among the most worrying is the rise in prices, mainly caused by the rise in energy prices, a spiral that is reducing households’ disposable income and has already become one of the biggest puzzles for the global economy.

Although cost recovery was incomplete compared to 2019, there was a substantial improvement compared to 2020 when the crash was colossal. The average expenditure per family not only increased by 8.3% in 2006, the most sustained since the beginning of the series; 5% if the price effect is eliminated – average spending per person also increased by 8.6% – 5.3% in constant terms – to 11,780 euros, and the total spending of all resident households in Spain increased by 8.4% ― adjusted for inflation 5.2%―.

Almost all categories saw an upswing compared to 2020, especially those that have not yet fully realized their potential compared to the pre-Covid era. Expenditure in the restaurants and hotels group grew the most with an increase of 30.6% to EUR 2,288, EUR 536 more than in the previous year. It is followed by health with a variation of 20.3% (average 1,204 euros), transport with an improvement of 17.8% and growth in all its components “purchase of vehicles, use of cars and transport services”. Leisure and Culture (14.9%) and Clothing and Shoes (14.6%). The only categories to register slight decreases were Alcoholic Beverages & Tobacco (-2.9%) and Communications (-0.3%).

Expenditure on housing and the supply of water, electricity, gas and other fuels has grown moderately (2.8%), but is the most significant overall: it accounts for 33.8% of total expenditure, averaging EUR 9,893. Food and non-alcoholic beverages come second (16.4% of the budget, equivalent to 4,806 euros), followed by transport (11% of the total budget, 3,230 euros).

composition of the household

Spending dynamics not only change depending on the economic scenario; One of the most influential factors is household composition. Couples with children are the ones who spend the most (€36,568 on average in 2021, up 8.3% on the previous year). At the other extreme are the households of a single person aged 65 and over (18,964 euros) and single-person households under the age of 65 (19,460 euros). Despite the absolute differences, all families recorded an increase in their average expenditure, especially couples without children.

If the households are grouped into five segments, the 40% with the highest expenditure, i.e. the richest, recorded the largest increases with 9.7% (equivalent to 2,988 euros) and 8.1% (equivalent to 3,822 euros) compared to 2020 with 7.7% of households with lower expenses (1,037 euros). This last group allocated more than 60% of their budget to fixed expenses related to housing, supplies and food and only 12% to transport, restaurants and hotels, leisure and culture, compared to 41.7% and 31% respectively were activities of higher spending households.

The municipalities with the highest average expenditure per person were País Vasco (13,982 euros), Madrid (13,541) and Navarra (13,151), while Castilla-La Mancha (9,587) and Canarias (9,690) recorded the lowest. Andalusia, Cantabria, the Valencian Community, Extremadura, Murcia and La Rioja were also below average.