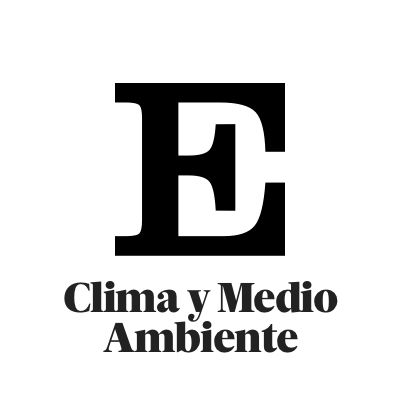 Spain is having one of its worst years with wildfires this summer due to the wave of fires, but the most alarming is happening in Castilla y León, where some 85,000 hectares have burned, almost half of the 200,000 in the entire national territory. Since June, not only have the fires multiplied, but some of them are more devastating than ever, particularly in the province of Zamora. In fact, in less than a month, two of Spain’s worst fires on record were occurring in contiguous areas: that of the Sierra de la Culebra and that of Losacio, which together have devastated an area as large as the city of Madrid. It is true that Castilla y León has always been one of the municipalities with the most hectares burned, being the one with the largest area of ​​forest, but never comparable to what happened this summer. We analyze the causes of this disaster:

The “Climate Anomaly” and “Extreme Environmentalism”

The fire wave in this community has a lot to do with the extreme temperatures this summer. However, these climatic conditions, along with the aridity of the landscape due to the lack of rain, have also occurred in other parts of the country where the blazes have not gotten out of control in this way. After the first fire in the Sierra de la Culebra, a flash fire that devastated around 25,000 hectares at the end of June, the forest fire service accused poverty and the Junta de Castilla y León was accused of not having provided forward warnings of increasingly violent heat waves due to climate change . Alfonso Fernández Mañueco’s government has pointed out that the “climate anomaly” – the PP-Vox coalition has so far made no reference to climate change – suspected arsonists or even “extreme environmental protection” are to blame for the disaster.

Lack of investment against fire

Castilla y León is one of the regions that spends the least on firefighting per hectare of forest, both for prevention and for extinguishing. That area provides firefighters with €65m a year without contracting them all year, a lack of foresight the union says is key to not being able to fight summer fires. Castilla y León, the largest municipality in Spain and larger than Portugal, has 4.81 million hectares of forest and invests 13.5 euros per hectare, while Galicia, with a budget of 180 million, invests 88.2 euros per hectare, and Andalusia, with 175 million euros per hectare For this he spends 39.2 euros per hectare. The regional accounts have been extended since 2018, as the PP failed to reach consensus on their approval, and for this year they envisaged an increase in investments to 72.1 million. Paradoxically, the fires will be much more expensive than what was invested. According to the professional association of environmentalists, extinguishing a hectare of forest fire costs 6,000 euros, which in this case would mean around 510 million euros. Likewise, unions estimate that recovering the burned areas will cost around 150 million, and Mañueco has pledged another 65 million for the hardest-hit areas of Zamora.

Extending ongoing fire-fighting work in this community year-round would cost 100 million annually, according to brigade members. In 2018, the environment minister himself, Juan Carlos Suárez-Quiñones, described the year-round hiring of firefighters as “absurd and wasteful”. After the catastrophe this early summer, he has now promised to identify the 900 extinct board members for 12 months.

One of the keys to the occurrence of difficult-to-extinguish fires is the accumulation of combustible material in forests due to vegetation encroachment. The board of directors accused this of “radical environmental protection”. Paradoxically, environmental organizations such as Greenpeace and WWF have been calling for measures in this area to prevent super fires for years. For experts, the causes are very different: rural exodus and insufficient forest management. As an example, the above investments per hectare are much lower than in other communities. As for the demographic hemorrhage, it is one of the main problems of this municipality, like Pozuelo de Tábara, a town of 150 neighbors that these days has seen everything around it burn. Its mayor, Jesús Tomás, points out that the greatest evil is depopulation. “Now there is absolutely nothing. There used to be cows here and 20 herds, 10,000 sheep tending the mountain and everything was clean,” laments the 56-year-old rancher, who “it’s easy to talk about earlier that the ground is dirty”. The help of the herbivores is appreciated in some of Tomás’ country, because where there were no cattle, the fire invaded. Spanish forest cover has increased over the past 30 years, a trend also evident in Zamora, at the expense of formerly agricultural land left derelict by rural exodus. If no measures are taken to prevent the accumulation of wood or to break the vegetative continuity in the landscape, these fires cannot be stopped when the fire arrives.

With extreme temperatures forecast and forests with little investment in prevention, only the utmost caution is required in summer to respond to the fire as quickly as possible. For the first fire in the Sierra de la Culebra, the Castilla y León government set a medium risk level instead of raising it to high. The parameter for changing the range goes by dates: the log marks the change on July 1, which has been heavily criticized. The fire protection and intervention committee argues that all the resources were available, but the brigade members make it clear that people are missing: “The checkpoints had less than half the staff.” They explain that out of batches with 24 workers, only eight are available or that 16-member units barely had five people: “The trap is that they leave the checkpoints half-empty.” These teams criticize that there were far more media from other communities or from the military emergency staff than from the regional ones: “There were times when there were only 20 percent on the board.” In fact, according to the Ministry of Ecological Transition, from June 1 to July 24, 30.2% of the flight hours of the state’s air-fighting agents were concentrated on the Castilla y León fires, a higher percentage than in any other municipality, although the fire wave also included others regions covered.

The firefighters criticize the lack of organization and resources, attributing the lack of oversight to “a lack of coordination and a terrible lack of funds”. In addition, they regret that in just one month there have been two large fires, the borders of which have coincided in some parts of Zamora. Firefighters say they work perpetual shifts and that they work 18 hours five days in a row, a beating for “the lack of relief” they suffer with lower-quality materials than other regions.

The first fire in the Sierra de la Culebra was extinguished thanks to the fact that the temperature dropped and it rained, but the second over Zamora did not have precipitation to mitigate it, but its extinction was helped by milder nights than the previous ones and less strong winds.

The fires have outraged Zamora, leading to anti-board demonstrations and calls for his resignation. Citizens underscore the “abandonment” they feel with depopulation that exacerbates rural neglect. Zamora is the province with the most population losses this century and the one with the worst demographic projections in Europe for 2033. Only one in eight people is under 20 years old and more than a third is over 65 years old. And only 10 of its 248 parishes have been censored since the 1950s. It is an area without industry and investment, which received valuable economic activities from the burned areas thanks to rural tourism, timber, mycology, wolf watching or beekeeping.

The Workers’ Commissions union and environmental group Greenpeace have reported the board to prosecutors for its “inaction” on the first fire, when the minutes called it a “moderate risk” despite warnings of extreme danger. Societal anger was evident in the hostile reception Mañueco and his entourage received when they visited the Sierra de la Culebra a few weeks ago. This time neither the leader nor Quiñones went to the affected places.