Automotive industry: in the network of dependencies 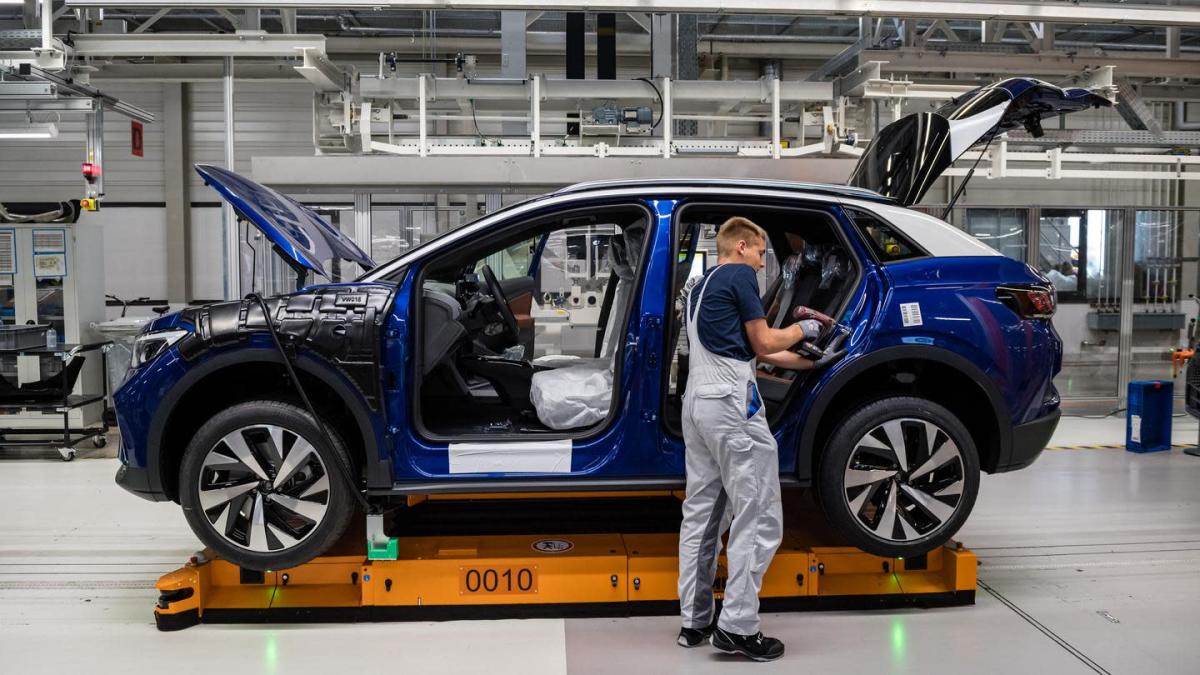 The war in Ukraine is causing the collapse of supply chains in the auto industry. Was it a mistake to prioritize low prices over security of supply?

Thorsten Ladwig can see the consequences of the war in Ukraine outside his office window in Hennigsdorf near Berlin. He sees them, Ladwig says during the video call, when his trucks turn around in front of the factory gate because they can’t be loaded with body parts. Because the customer’s production lines are stopped. Because another supplier cannot supply the on-board networks, also known as cable harnesses, for the vehicles. Because this supplier in the Ukraine produced and had to close its factories. And here, in this small industrial area on the outskirts of Berlin, small and large crises in the automotive industry are becoming the most pressing problem for Thorsten Ladwig, Managing Director of the medium-sized company FSM Stamping GmbH.

At the start of the conversation, Ladwig waves a piece of paper at the camera: “The list of my clients who are currently downsizing or stopping their production,” he says. His company supplies steel components to automakers and their suppliers. They are found in door locks, seats and bodywork. Every day up to one million parts are pressed, punched and shipped worldwide at the two plants in Hennigsdorf and Nauen.

The missing wiring systems, which are forcing manufacturers’ assembly lines to a standstill these weeks, are, so to speak, the arteries of the automobile. They conduct electricity and data throughout the vehicle through miles of cables. Without them, no car can be produced. Because, unlike semiconductor chips, which have been in short supply again and again in recent months, wire harnesses are built in early in production and cannot be retrofitted at the end. In the EU, approximately one in seven installed cable harnesses comes from Ukraine. The main German supplier, Leoni, based in Nuremberg, almost immediately after the attack From Russia closed its two plants in Ukraine. It is the same for other manufacturers of cabling systems.

For Thorsten Ladwig, this means that he has to reduce production, although he does not buy or sell in the Ukraine and Russia. The fact that it shares clients with providers like Leoni, who do business there, is enough in the dense network of dependencies. This week Ladwig already had to cancel shifts in Nauen, and this will continue next week.

Ukraine was an attractive place

In 2002, Leoni was one of the first companies to enter Ukraine, followed by many others. Suppliers were attracted by low labor costs and proximity to the factories of Eastern European manufacturers. Before the outbreak of war, Ukraine was for Germany Automotive industry a major production site, 30,000 employees are employed there by suppliers alone. And Ukraine was also an interesting partner for the future of the industry: it has a strong IT sector with many programmers and large deposits of partly untapped raw materials such as lithium.

The current wiring harness crisis hits an already strained car industry after the corona pandemic, months of chip shortages and rising energy prices. But why is the auto industry so vulnerable?

“Thousands of individual parts are built into a car,” says Stefan Bratzel, director of the Center for Automotive Management. Production is largely based on the division of labor, plant-heavy, and fixed-cost oriented. “Volatility, whether caused by natural disasters or political crises, is poison for the auto industry,” says Bratzel.

You can think of supply chains in industry a bit like those futuristic looking internet animations, where only data points are connected and the galactic fabric starts to change as soon as one of these points moves. In the VW Group alone, that would be around 40,000 points, each a supplier, an overwhelming complexity.

Automakers now suffer from the fact that they often only source complex components from a single source. The advantage of this acquisition strategy: higher production volumes at specialized suppliers make lower prices possible. The big disadvantage: it depends on a provider. If it fails, it cannot be compensated for as quickly. The semiconductor crisis must have made it painfully clear to many companies: It’s important to guard against such failures, even if costs rise. Either by stocking more parts yourself or getting them from at least two sources. Industry expert Bratzel expects that complex key components will increasingly be manufactured in Europe in the future.

Shouldn’t automakers have gone independent sooner and paid more attention to the origin of their components? At Volkswagen they want nothing to do with these considerations: they buy from a supplier and “it is not our decision where they produce their components”, says a spokesman. A surprising statement: after all, a location and logistics concept is standard when a supplier makes an offer. In addition, automakers interfere with their suppliers’ production as part of regular audits. The Bratzel expert believes that, in addition to the costs, the political and economic stability of a country must also play a role: “There must be a new risk assessment.”

Providers are often left behind

Thorsten Ladwig has been working at FSM Stamping since 1999 and has seen how 80 percent of deliveries within Germany have turned into 85 percent deliveries abroad. Since February 24, the day Russia no longer left any doubt about its intentions to go to war, he says he has been waking up again and again at night and thinking about how his company can become less dependent on big buyers. . “But it is difficult to position yourself more widely with a high level of specialization and high quality requirements due to price pressure.” One of his biggest clients called him this week and told him that he would now be producing components himself that he had previously purchased from Ladwig on short notice. Due to permanent production lines, capacities are suddenly free.

Thorsten Ladwig is pleased that in these difficult times, which have been going on for quite some time, he has another mainstay in supplying appliance manufacturers and railway technology companies. He has no existential fears, says Ladwig. But he felt a constant restlessness.

As a medium provider, Ladwig sees himself in a “sandwich position,” as he puts it. The last toast is to Ladwig’s suppliers: the steel companies. The best toast is the car manufacturers. Especially in times of crisis, they demanded a high degree of flexibility from their suppliers, demanding that their warehouses be always full and that products be available on demand. However, they did not want to contribute to rising storage costs. “So you invoke force majeure,” says Ladwig.

In both cases, there was an unequal balance of power, with the contractual partners being superior to him with their order volumes and legal departments. In the time of Corona and the lack of chips, this meant for Ladwig: The steel companies insisted on their demands, but the car manufacturers did not pay or only paid late, he says.

However, for some components, the balance of power is seemingly reversed. Regarding semiconductors, VW purchasing director Murat Aksel told ZEIT: “We don’t dictate anything to suppliers, rather it’s the other way around.”

It is questionable whether manufacturers will quickly find alternatives in the case of wire harnesses from Ukraine. Most components are made by hand, a labor-intensive process. On-board networks are complex components, some of which are tailor-made for each vehicle model.

Volkswagen has established a Ukrainian supply task force that is assessing the situation on a daily basis. Other places in Eastern Europe, North Africa and abroad are already jumping “into the gap at short notice to make up for the glitches,” the VW spokesman said.

And yet, components will be in short supply for a long time. Complete relocation of production takes time, halls have to be found for packaging and logistics and deliveries of raw materials have to be organised. According to Bratzel, this process could take weeks, if not months, “and that’s when the tapes stand still.”