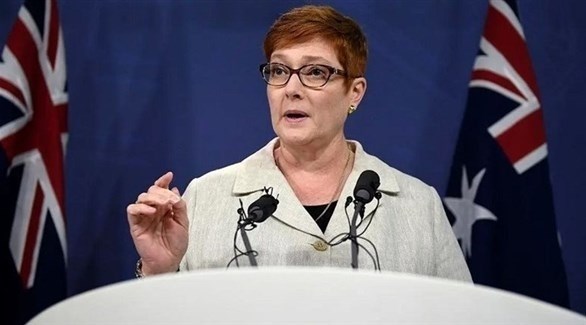 Australia announced on Friday that it intends to impose sanctions on Belarusian President Alexander Lukashenko and members of his family, as well as 22 people active in Russian propaganda and disinformation in relation to Moscow’s war against Ukraine.

“Among the individuals targeted by sanctions are the top publishers of institutions such as Russia Today, the Foundation for Strategic Culture, Inforus and Newsfront,” Australian Foreign Minister Marise Payne said, bringing the total number to 32. of people subject to sanctions for propaganda in favor of the Kremlin. .

“The move reflects the strategic importance of disinformation in Russia’s attempts to legitimize Putin’s unprovoked and illegal invasion of Ukraine,” Payne added.

Moscow passed a new media law in early March that imposes harsh penalties for what it describes as misinformation about Russian forces, including the use of words like invasion or war to describe Russian action in neighboring Ukraine. Russia described the conflict as a “special military operation”. .

According to Payne’s statement, sanctions were also imposed on the Belarusian president, his son Viktor and his wife Galina, due to Minsk’s strategic support for Russia and its military forces in their attack on Ukraine’s sovereignty and territorial integrity.

“The measures, announced a month after Russia’s invasion of Ukraine, are aimed at ensuring that Russia and those who support its illegal and unjustified invasion of its democratic neighbor pay a heavy price,” the foreign minister said.

In turn, the United States also said on Thursday that it will impose sanctions on more than 400 individuals and entities, including people from Russia’s elites, members of the State Duma and defense companies in Russia, in connection with the invasion of Ukraine.