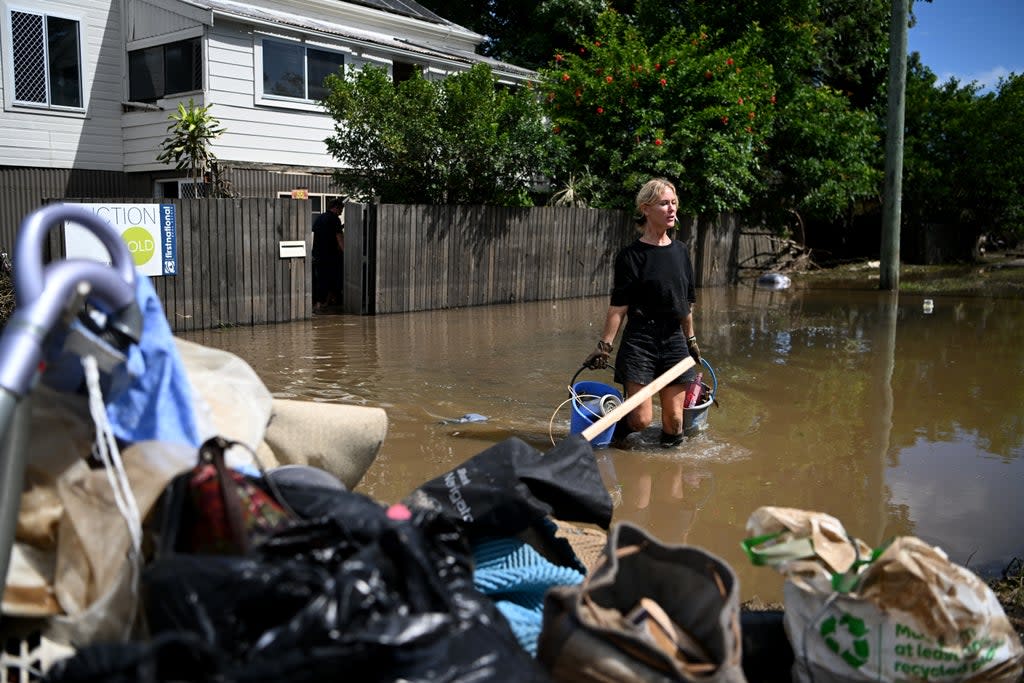 A woman rescued a baby trapped in mud for about 24 hours after a landslide in southeastern Australia moments before she swallowed mud and passed out.

Australia’s southeastern regions have been hit by deadly flooding from heavy rains, leading to the declaration of a national emergency after at least 22 people lost their lives and tens of thousands were forced to evacuate their homes.

The boy was found amid widespread devastation caused by a landslide that swept away homes in the Upper Main Arm Valley of New South Wales.

According to the Australian weekly the saturday paperthe boy was about to roll over in an unconscious state after catching mud in his mouth when Lisa Parkes saw him.

“I could see a baby lying on top of the mud, and like 30 or 50 meters away, the parents, the mom and dad, were buried almost up to their necks in the mud, and they had been there for more than 24 hours. ”, said Ms. Parkes, who had arrived at the scene after hearing the sound of the baby crying.

Ms. Parkes is a former contestant on the entertainment reality show. ninja warriors. The mother of three was part of a team of professional hikers and climbers searching for survivors in the Northern Rivers region of New South Wales.

“The baby must have been… about eight months old, and it was in perfect timing, because he tried to roll over and mud had gotten in his mouth and he was unconscious,” added the hurdler.

He then pulled the baby out of the mud and resuscitated him. “I had to clear his airway and resuscitate that baby in the middle of a landslide while he was hanging from a rope, which I did,” she said.

After an emergency team was called, Ms. Parkes began extracting the parents, who had been trapped for approximately 24 hours, unable to move or reach their son.

“It must have been, for them, the most horrible thing they’ve ever had, having their child in front of them but not being able to hold on to them,” he said.

The family was then taken to Queensland Children’s Hospital in Brisbane, where they received treatment and reportedly made a full recovery.

However, the havoc wrought by heavy flooding in New South Wales has not abated, with some areas seeing the highest water levels in their history.