Auston Matthews will have a hearing for comparing Sabers’ Dahlin 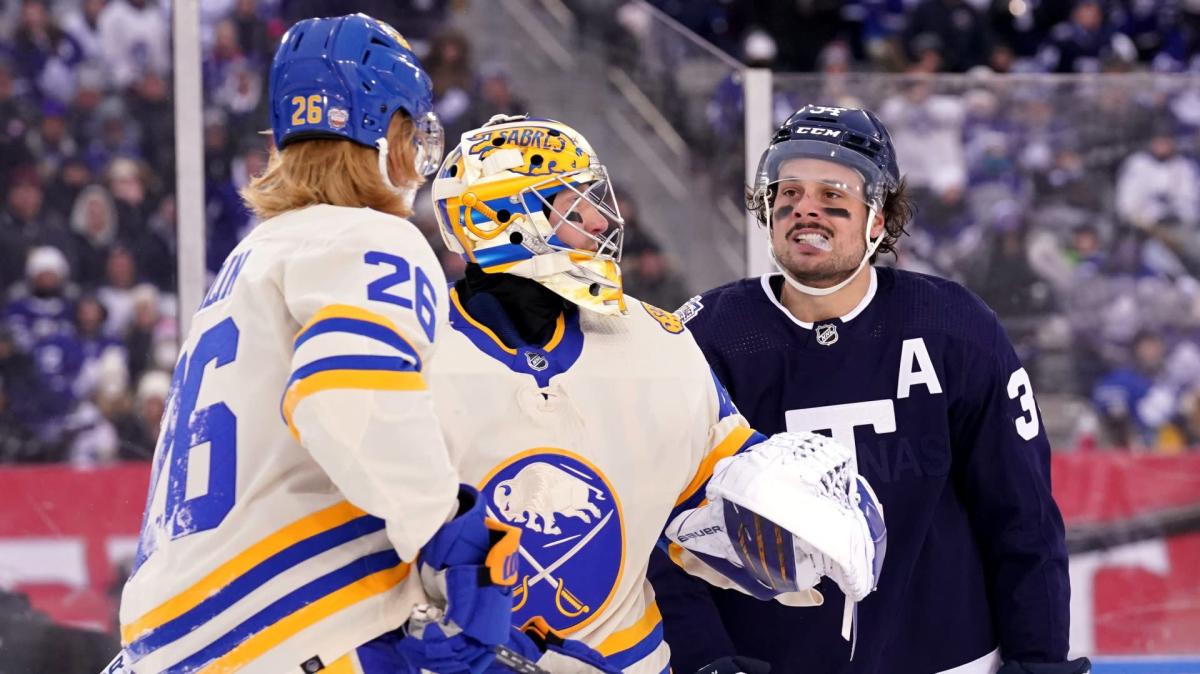 Auston Matthews of the Maple Leafs will have a hearing Monday with the NHL Player Safety Department following his high cross-check on Sabers defenseman Rasmus Dahlin.

During Buffalo’s 5-2 victory over Toronto in Sunday’s Heritage Classic, Matthews and Dahlin battled each other on separate occasions in the third period. It finally boiled over after Matthews took offense to a shove from Dahlin in the Sabers box. After they exchanged a few more shoves, the Maple Leafs forward controlled Dahlin in the head and neck area.

Both were tested by checking the minors as temperatures continued to rise late in the game.

“It’s fighting in front of the net,” Matthews said afterwards. “I felt myself go up his shoulder and his shoulder pad rolled up a little bit. That’s hockey, it’s competitive, guys are physical and they try to compete.”

Dahlin was not injured and remained in the game for the final minutes.

“It’s hockey,” Dahlin said. “You know, things happen out there, it goes fast. It was intense. So I’m fine. I am happy that we won. I’m not too worried about those things.”

A two-time Lady Byng Trophy finalist, Matthews has never been disciplined in his six-season NHL career.

Sean Leahy is a writer for Pro Hockey Talk on NBC Sports. Drop him a line at [email protected] or follow him on Twitter @Sean_Leahy.

Auston Matthews to have hearing to verify Sabers’ Dahlin originally appeared on NBCSports.com