ATP Betting: Is it time to fade Rafael Nadal? 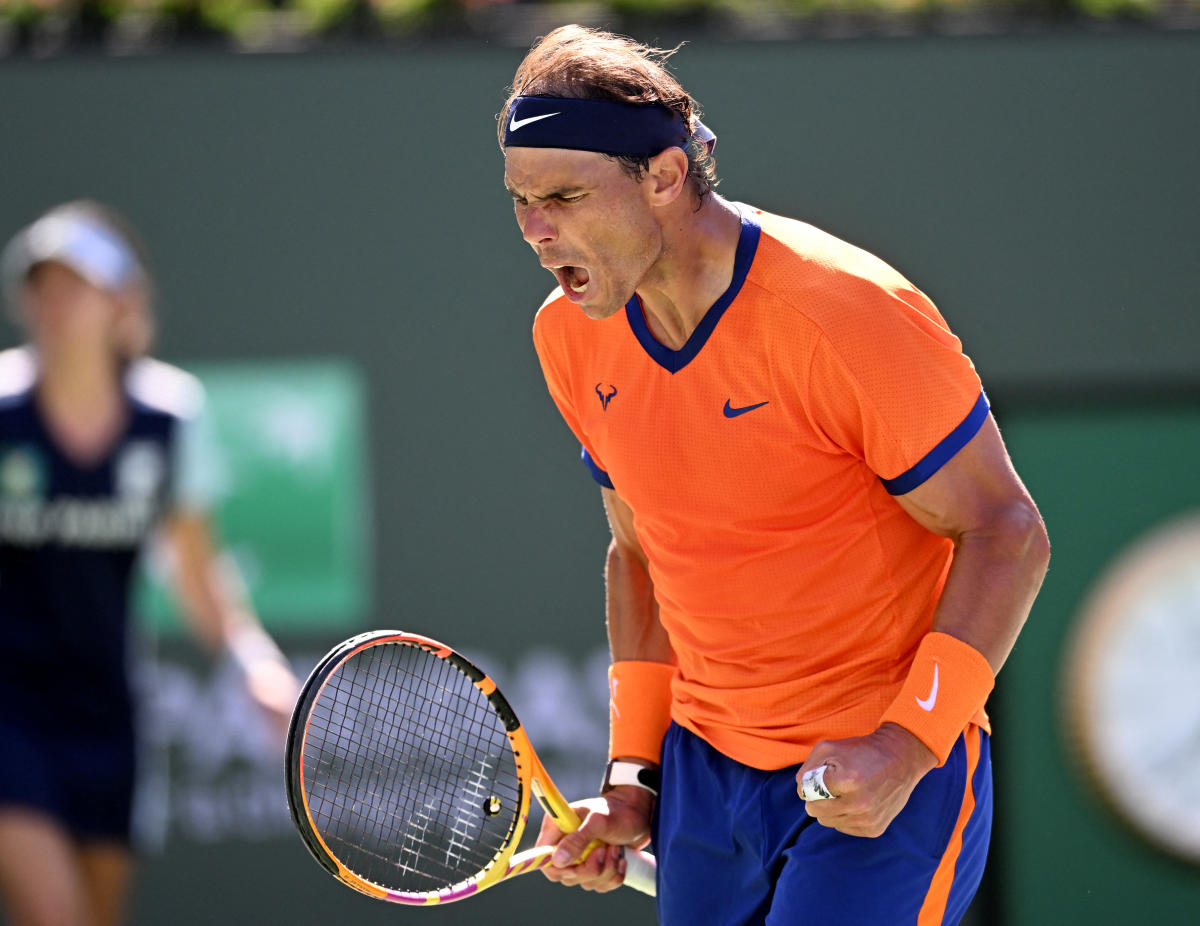 Men’s tennis has been exciting in 2022 with Grand Slam title leader Rafael Nadal going 18-0 with three ATP titles while fellow 18-year-old Spaniard Carlos Alcaraz Garfia has taken the tennis world by storm. by winning a title on clay.

On St. Patrick’s Day, we are lucky to have both players in line to compete in the quarterfinals of the BNP Paribas Open at the Indian Wells Masters. I normally do video analysis with a spike, but I have a lot of thoughts I’d like to share here. This is what I imagine with both games on Thursday night.

Nadal has many kilometers on the court this season and it is starting to show. Rafa was able to get past American Sebastian Korda in a third-set tiebreak, but it wasn’t without another epic comeback. In split sets, Nadal trailed 5-2 in the third with Korda serving out the match. And he won in a similar way to how he did against Daniil Medvedev at the Australian Open. Fatigue? Playing style?

Korda was competitive because he was aggressive on his backhand crosscourt and came into the net to cut points. Similarly, Kyrgios has an aggressive backhand down the line to complement his great serve and net play.

Reilly Opelka was competitive against Nadal due to his heavy, big and accurate serve. Kyrgios is the best server on tour when he wants to be. Considering this is his first quarter-final since 2019, I think he wants to be there.

Skill set is one thing, fatigue is another. Kyrgios comes into this refreshed having won a walkover against Italy’s Jannik Sinner in the round of 16, and has not dropped a set in this tournament. Nadal has played 18 matches and six tiebreakers.

Then there is the question of Nadal’s health. In an interview after his round of 16 win over Opelka, Rafa said the pain in his foot had returned. This is the same pain that potentially contributed to his semi-final loss to World No. 1 Novak Djokovic in the French Open semi-final last year. The pain we all hoped would be gone after the incredible start he’s had this year.

Everyone knows that Kyrgios has the potential to be the best player on tour. After all, he is one of the few players who is undefeated against Djokovic. Since he won the men’s doubles at the Australian Open with fellow Australian Thanasi Kokkinakis, he has a new fire in his game. The only concern I have is that Kyrgios looks great, but he has been against a lower caliber player, the three better on clay than on hard. The real test would have been against Sinner. Still, could there be a surprise in the cards? Maybe, but it’s Nadal and we’ve seen him win a lot when he was headed for a loss.

Alcaraz is not the future, it is right now. After reaching the quarterfinals at last year’s US Open, Alcaraz won the Next Gen ATP, almost defeated World No. 6 Matteo Berrettini at the Australian Open, became the youngest player to enter the Top 20 since 1993, and became the youngest winner of an ATP 500 event at ATP Rio last month.

How is he doing these great things at an incredible rate? His full court game is destroying opponents. Alcaraz has all the tricks in his bag: the drop shot, powerful groundstrokes, a fantastic kick serve, speed and a variety similar to that of his idol, Roger Federer.

Norrie, the defending champion in Indian Wells, is a great player in his own right and he looked absolutely stellar in his fourth round match against another rising star, Jenson Brooksby. Now, it was Brooksby’s first match against a left-handed player on tour since he turned pro last year.

I have no doubt that Alcaraz is winning this game. He has already defeated Norrie once in straight sets at the 2021 US Open and has only gotten better since then. His money line is high, so if he’s looking for action, the only way to do it is with the distribution of the game.