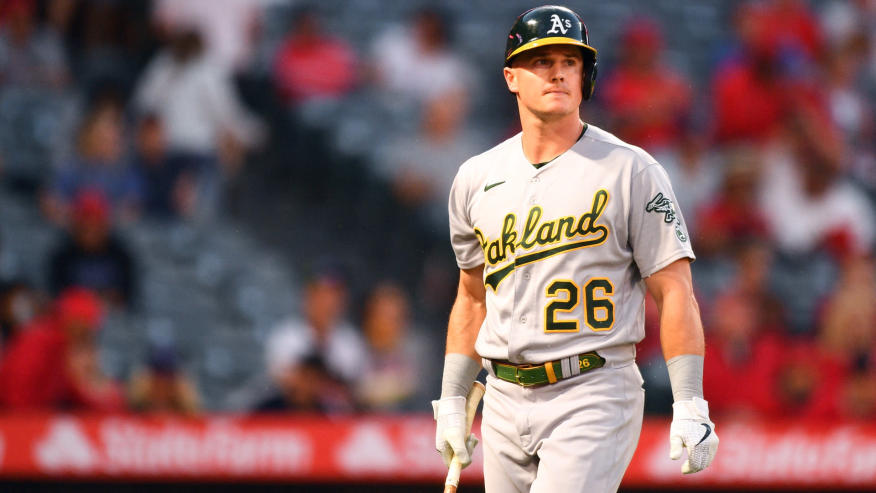 Baseball is back and the A’s are ready to continue rebuilding their team.

A’s third baseman Matt Chapman has been linked to a possible trade with the Philadelphia Phillies, but not at any price.

On Saturday, Alex Coffey of the Philadelphia Inquirer reported that the A’s won’t agree to trade Chapman unless they get one of Philadelphia’s top prospects, like right-handers Andrew Painter and Mick Abel or shortstop Bryson Stott. But the Phillies haven’t shown any interest in doing that, according to Coffey.

Chapman has been a name that has been thrown around in trade talks, and the New York Yankees are also interested in the 28-year-old.

The A’s’ offseason focus has been rebuilding after going 86-76 last season and missing the playoffs for the fourth time in the past seven years.

On Saturday, the A’s began their big sale and traded Chris Bassitt to the New York Mets. The A’s are expected to continue their fire sale with Chapman, Sean Manaea, Matt Olson, Frankie Montas, Ramon Laureano and Lou Trivino possibly out.

And now that the lockout is over and spring training begins Sunday, hundreds of free agents are trying to sign as soon as possible.

Chaos has returned to baseball before the players have even stepped foot on the field.