Athenea del Castillo: “It’s a dream to be in the shortlist of 28 players” 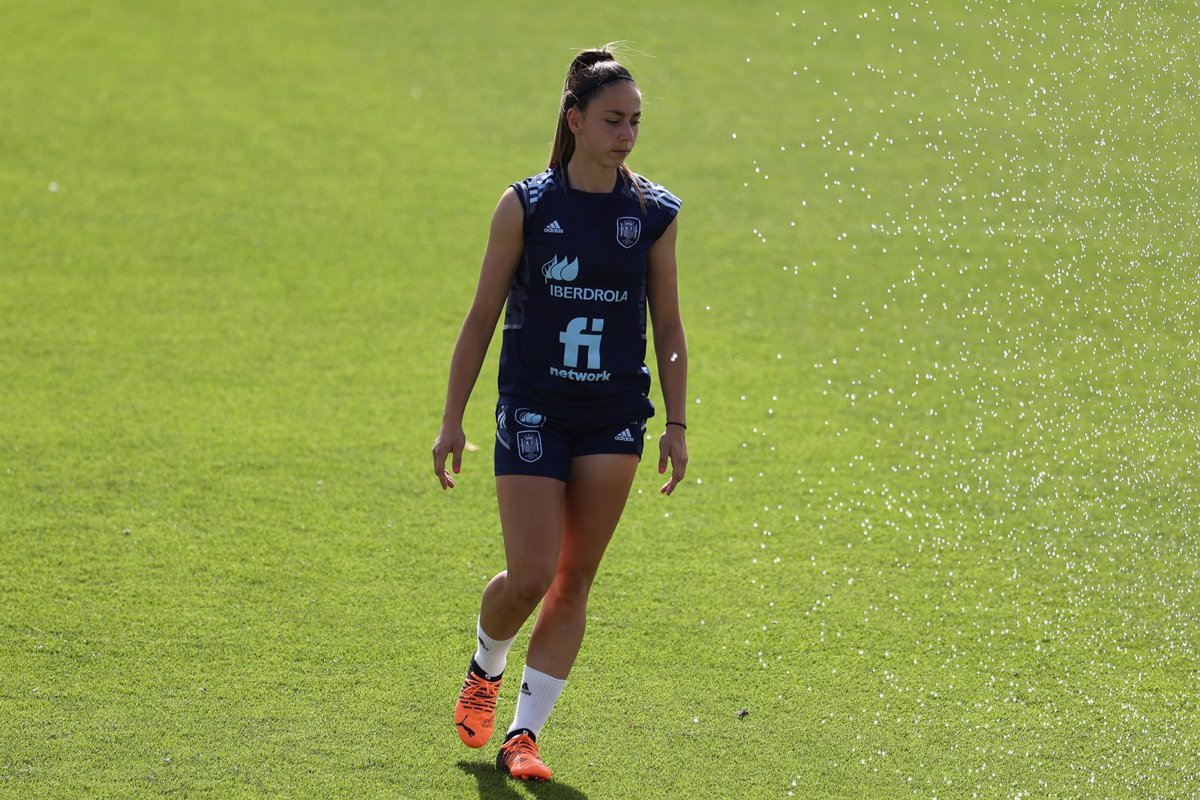 Real Madrid player Athenea del Castillo admitted that “it’s a dream to be in the top 28 in Spain” although a bigger dream would be “to be able to play at the European Championships” that will first major international tournament for the 21-year-old attacker, he wouldn’t say Spain are among the ‘favourites’ or ‘contenders’ but that he knows they will give ‘the best’ of them.

“I believe that we will all do our best to be on that final list of 23, that we will do a good training and make it very difficult for them and I will remain lucky to be here in the 28 , which is already a dream, and to be at the European Championships, well, another dream,” Del Castillo told Europa Press.

The Cantabrian responds to the call with the national team “with a lot of panache”. “I think it’s a plus to be among the top 28 in Spain that the coach considered, it’s a joy, that’s all. It already gives you the energy for whatever you need,” he commented.

It is not difficult for the attacker to change the mentality between club and national team. “I have teammates at the club who are here and it’s a lot easier. In the end it’s a privilege to be here and you get along quite well, we train very dynamically, with a lot of rhythm and in the end I like being here,” explained the Real Madrid player.

For the madridista, Jorge Vilda will find it difficult to pick among the 28 chosen those who will form the attack because “he has a little bit of everything”. “Ultimately it’s good because it depends on the game and it depends on a lot of circumstances. He will decide what he thinks best helps the team to assert themselves,” he argued.

Before the European Championship, the winger does not want to increase the pressure around Spain due to expectations. “I wouldn’t say we’re favorites or contenders, I would just say the team will give the best of us, we’ll try to do a good job of what we want and we’re showing that we’re a great team ” he assured.

“We’re not talking about taking steps forward, far from it, we want to play a good role and give our best version. We’re not going to set goals for anyone, we’re just working and trying to get the fans excited about the beginning , who’s with us, we have this first friendly in Huelva and we have to try to get as many people as possible to come to us come and help us and then at the start of this EURO they are very aware that we are trying to do our best version,” she added.

Jenni Hermoso, who had to leave the concentration camp with a knee injury, cannot compete. “She’s one of our captains, she’s one of our joys in the dressing room and I was screwed for her because in the end she’s fought a lot over the years, she had another chance to be in a European Championship. and I’m sending a very big hug and a speedy recovery,” he confessed.

The national player also rated “the group” that had formed in the dressing room positively. “He’s superhuman and super humble and I think the group we’ve formed among all of us could define us the most,” she said, also highlighting the role of veteran players when it comes to helping the younger ones .

“All the elders have had many moments here in the national team, both Irene (Paredes), Alexia (Putellas) and Jenni (Hermoso) and it’s a privilege to be able to be here with them and learn from them what they are give us a lot of advice and everything so that in the future, God willing, we will be the ones who can stand in their place and help the younger ones as they have done with us,” she stressed.

Athenea del Castillo played with the national team in the Arnold Cup where, despite not originally being on the list, she ended up being named the tournament’s best player. “I had the opportunity not to be on that list but I had an under-23 call to attend and then Jorge decided to call me about Mariona’s (Caldentey) injury and I tried to to help the team as best I could and very well, very happy,” he said.

The performance gave the Cantabrian “a bit of confidence”, although she admits she’s “always had it” from the “national team coaching staff” and from all her team-mates. “It helps that when I’m not here in the senior team I have a U-23 where I can continue to learn and develop,” he said.

During the concentrations, Athenea del Castillo says she likes to do “the basics”. “I watch series or talk to a partner, to my family or make video calls. The basics, I’m not studying, I mean now that I’ve passed the exams and now I don’t have much to do,” he warned.

Athenea del Castillo was one of the players who took part in the historic match between FC Barcelona and Real Madrid that brought together more than 90,000 people, which she remembers particularly, although the result was not favorable for her.

“We were lucky that the Camp Nou opened, that so many people could come and yes we are a bit part of it. I think it was a good memory that I will never forget to play in front of so many people, and we hope this continues to increase and it won’t be a novelty for a while for a stadium to be full to watch women’s football,” he said.

She has been a Real Madrid player since the summer of 2021 and would like her team to play “as the madridista” she is at the Bernabéu as well. “But we have Di Stefano there, it’s a great stadium and I like it too,” he said.

Looking ahead to next season, Real Madrid will have to start their season earlier than usual to play the previous rounds of European competition, which is not a problem for the Spaniard. “When I’m on holiday I get very overwhelmed because I need that football adrenaline,” he said, laughing.

“I don’t care, I finish here and train or whatever it takes, I like that. We are in the Champions League, in the previous one, we have to go through two phases and the team will give everything depends on us, in this hype to be and it’s a dream to be able to contest another champion,” he condemned.

- Advertisement -
Share
Facebook
Twitter
Pinterest
WhatsApp
Previous articleWilco against the cruel world: a new album tasty, natural, simple and without surprises
Next articleAn unpublished volume by John Fante, the philosophy of Rüdiger Safranski and other books of the week

The Gun Challenge in America