At over 40 degrees, but without light at home 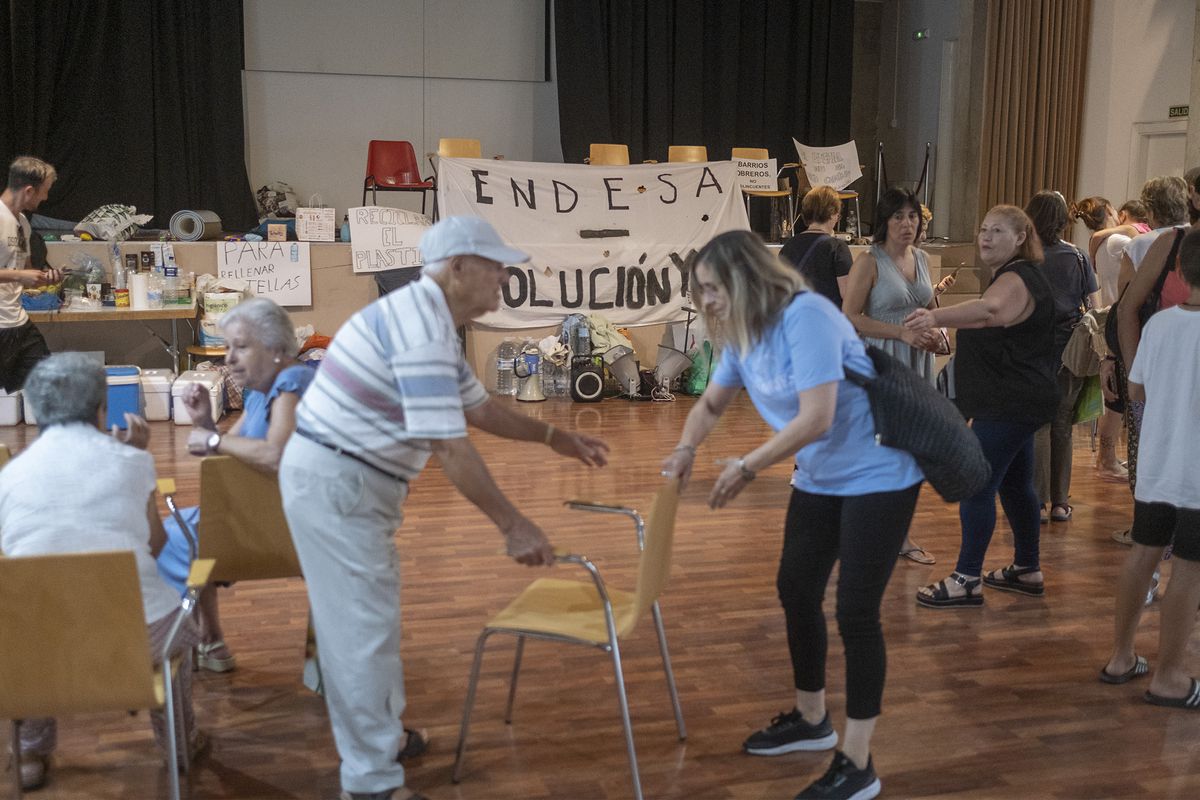 What happened that seven neighborhoods in Seville said enough after years of blackouts? “Three dead from heat waves,” quickly replies Laura Cárdenas, spokeswoman for Barrios Hartos, the neighborhood platform leading protests in the Andalusian capital to end continuous power outages of up to 16 hours a day. “The neighbors have checked how useless the complaints are to Endesa, nor the Andalusian Ombudsman, the City Council or the Board. Nobody reacts,” complains Cárdenas with restrained anger. With temperatures exceeding 40 degrees, common this summer, more than 10,000 residents, according to the platform – 3,000 according to Endesa – are often without air conditioning, refrigerators or electric ventilators, suffering from dizziness in houses converted to stoves, and where the extreme has been fatal the death of three neighbors.

Desperation has led to the occupation of two municipal civic centers in the neighborhood and a demonstration outside Endesa’s headquarters, illustrating the paradox of living without electricity in Spain’s fourth largest city by population, with unbearable heat peaks taking lives due to the electricity grid being too old and cannot meet the demand. “We’ve had cuts four years in a row, and in the winter you cover up and it goes away, but you can’t in the summer. My two-year-old daughter and my mother both suffered from heat stroke at home and Endesa tells me that it takes a lot of complaints from the area. I earn 590 euros, but I pay the electricity conscientiously,” protests Lydia Ruiz, 23 years old and resident of the Torreblanca district. A year and a half ago in Catalonia, 390,000 residents of 29 municipalities and Barcelona suffered similar power outages until Endesa, under pressure from the mayors, drew up an emergency plan.

Now Seville already has seven peripheral neighborhoods – Torreblanca, Su Eminencia, Padre Pío, La Plata, Polígono Sur, Pajaritos and Candelaria – to which have been added affected parts of Bellavista and Pino Montano, a phenomenon that will last at least until October in view of the deadlines Endesa manages to straighten out the drama. Neighbors survive heat waves with cold water-soaked towels on their backs, gas stoves and share their fatigue at community gatherings. Because they pay their electricity bill, but at home sometimes nothing reacts at all: neither the air conditioning, nor the ceramic hob or the refrigerator. And the butcher shops in these neighborhoods throw away their goods when the cooling belt is cut.

The electricity company replies that demand has skyrocketed this summer with unprecedented temperature limits and that responsibility is shared with the city council as deadlines for completing the work are often long. And it adds a deeply rooted problem in the most deprived areas of Polígono Sur and Torreblanca: the narco-apartments with home-grown marijuana, whose lights are on 24 hours a day and the transformers in the neighborhoods blow up. However, residents flatly reject that excuse, as the cuts will affect seven neighborhoods rather than two, some with no trace of drug housing. The platform accuses Endesa and the board, which also blames drug trafficking for the blackouts, of committing a hate crime for treating their neighbors as criminals, despite being a working population who pays taxes and revenue like everyone else.

“It’s modest neighborhoods and the transformers are 60 years old, it’s been patched and now Endesa and the board are absent. We demand portable and makeshift generators that we can live with, the neighbors no longer believe the lies of some plants that never arrive,” claimed Juan García from Barrios Hartos during the demonstration in front of an Endesa headquarters together with 200 people in a very tense . “The board must take the step because they are responsible for this emergency situation, just as it happens when there is too much rain and there is flooding,” he stresses. During the previous demonstration, the police arrested several people. The platform is now preparing a class action lawsuit against Endesa for violating fundamental rights.

Fed up this spring, Soraya Sánchez hired a licensed electrician to sue Endesa in court, proving she was getting 1.7 watts in her home and not the 3.5 she contracted: “I can no food cooking and have very little power with the onions noticed the white ones turning yellow. Furthermore, these brownouts and surges damage equipment and then Endesa cleans its hands when you complain, even if the expert certifies it.” Her anger is shared by Libertad Suárez, who gave birth eight days ago and denounced that her son was “dehydrated” because she heated the bottles in the sun.

What caused the delay in network renewal? “We had already examined the materials and the new transformation centers, but the administration also determines the times for the execution of the facilities. The work was planned, but the circumstances didn’t materialize,” explains José Recacha, responsible for the electricity grid at Endesa, a distributor in the Andalusian capital.

Councilor for Equality, Citizen Participation and District Coordination, Juan Tomás Aragón, denounces the company’s inaction: “It is clearly a lack of investment from Endesa.” A spokeswoman for the electricity company replies that its investments have not stopped and that before October a 40th -Million Plan with 12 new transformation centers will be completed. Seville has 3,500 transformation centers and Endesa has assured that there are only between 25 and 30 problems and that those affecting more neighbors will be resolved before the end of August.

Seville Mayor Antonio Muñoz slammed the energy multinational for creating an “unsustainable situation”: “Supply cuts are unjustified in a city committed to innovation. Who needs to solve and invest it is Endesa. The income statements of many companies are striking in comparison to this inappropriate situation for the 21st century energy crisis, it has gained a million customers.

The board has thrown balls in the water by blaming drug dealers for the problem, and the government delegation, on which police depend, denies the criminal connection and ensures the problem is that “the facilities are outdated and investments were required”. Meanwhile, mercury is forecast to continue rising this month, leaving residents in most neighborhoods without power.

Previous articleVolcanic eruption in Iceland: Fascinating and dangerous
Next articleExcess tax on profits: other EU countries show the way