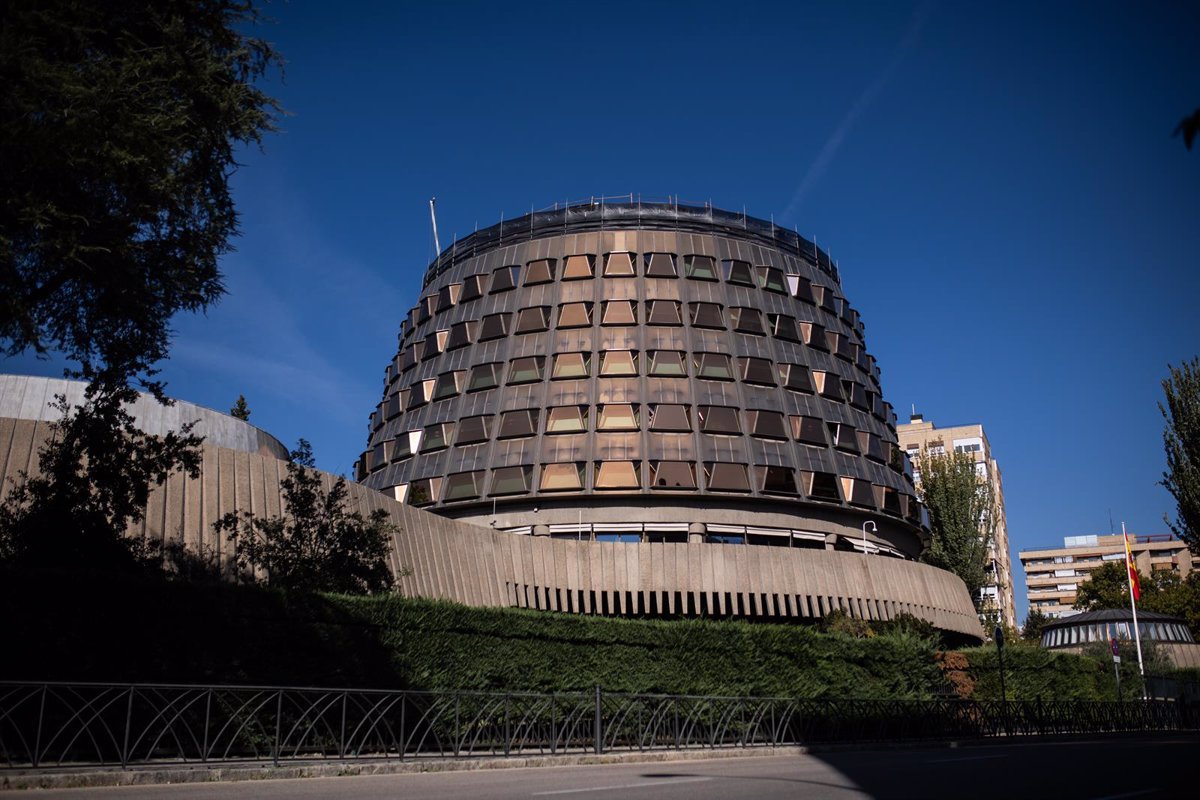 APM claims the CGPJ’s powers should never have been taken away, while Judges for Democracy urges the council to be renewed

Judges’ associations have this Friday criticized the PSOE’s proposal to reform the Judiciary Law (LOPJ). From the Francisco de Vitoria Judicial Association (AJFV) they have accused the Socialists of proposing an “à la carte” reform to give back to the General Council of the Judiciary (CGPJ) its ability to propose two judges for the renewal of the Constitutional Court and avoids thus a blockade of the guarantee work, since four of his judges saw their mandates expire on June 12th.

In particular, the Socialists’ initiative would allow a reform of the LOPJ reform passed in March 2021, which prohibits the governing body from making discretionary appointments during its tenure, a situation it has been in since December 2018. If approved, the CGPJ would still not be able to appoint judges to bodies like the Supreme Court, but it could propose two of the four candidates – the other two corresponding to the executive branch – of the Constitutional Court.

Jorge Fernández Vaquero, spokesman for the AJFV, has assured Europa Press in statements that “it is nonsense to apply legislation à la carte”. In his opinion, “if the CGPJ has to make appointments to positions, it will be necessary to see why some do so and others do not”, referring to the Constitutional Court and the Supreme Court.

For the AJFV, the reform proposed by the PSOE helps to prevent paralysis of the Guarantee Board, but not at institutional level because, as it has pointed out, it “deteriorates the role of Parliament”.

Fernández Vaquero has insisted that the PSOE “does not think about the general interest. He recalled that in the past they had reformed the organic law of the judiciary in order to deprive the CGPJ of the power to make appointments because it was in their interest and underlined that they now intend to return the possibility of appointing judges for the Proposing a constitutional court because “they care now”. “They make laws for their own interest as a party,” he added.

The AJFV spokesman has expressed concern about how the European Union might interpret the reform proposed by the PSOE. “What the government and opposition may not understand is that our image as a country is degraded by such things. Deepening this path of interested use of institutions continues to damage our image as a country. In the medium term, it damages the international perception of Spain,” he said.

“DOES NOT PROVIDE A SOLUTION”

María Jesús del Barco, President of the Professional Association of the Judiciary (APM), believes that the PSOE’s proposal offers “no solution” to the deadlock situation that the judiciary is going through. “The powers of the CGPJ should never be revoked, but their return, just in the case of the Constitutional Court, shows what the proposer’s vision of what the Constitutional Court should be,” he told Europa Press.

Del Barco has insisted that in enacting the reform, which stripped judges of the powers to appoint the governing body, it said it was necessary and thoughtful. “You shouldn’t be so thoughtful,” he said before the proposal, which was published yesterday, Thursday.

Thus, the President of the Majority Association of the Judiciary has indicated that this PSOE initiative is a way of wanting control bodies like the Guarantee Court to “control little”.

“IT WAS NOT THE RIGHT TIME”

Ascensión Martín, spokeswoman for Judges for Democracy (JJpD), assured that while the association is “very respectful” of the legislature, “it may not be the right time” to present this reform proposal.

Martín explained that “there is no uniform criterion” for whether or not such a partial reform can be implemented, which only allows the CGPJ to make nomination proposals for the Constitutional Court and not for other courts. He has stressed that this is an unprecedented situation as the Council had never been stripped of its power of appointment before and therefore no partial reform had been proposed to return part of its power of appointment to the members of the governing body.

On the part of the JJpD, they have repeated their request to renew the CGPJ, which they believe would allow the current deadlock to be resolved. “We cannot allow another court year to open without renewing the CGPJ,” he added.

For her part, the vice-president of the Independent Judicial Forum (FJI), Cristina de Vicente, has stressed that the PSOE intends to “undo a reform” in order to allow an “exception” that the Council can propose to two constitutional judges. What are you interested in right now?” In his opinion, it is “another attempt to control appointments and make them in the interest of the government”.

For FJI, the “only reform that needs to be implemented now is that demanded by Europe that the members of the CGPJ be chosen by the judges”. In line with the proposal that the PSOE is now putting forward, he recalled that the Vice-President of the European Commission responsible for assessing the rule of law “came right in to tell us that this is not possible”.

“The government is turning a deaf ear to Mrs. Vera Jourová. It goes in the opposite direction of what Europe is asking for,” he stressed.

- Advertisement -
Share
Facebook
Twitter
Pinterest
WhatsApp
Previous articleSix young scientists who have advanced advances in mathematical research receive the Vicent Caselles Awards
Next articleThey applied the indigenous justification to the infiltrators, according to the vice-president of CONAIE