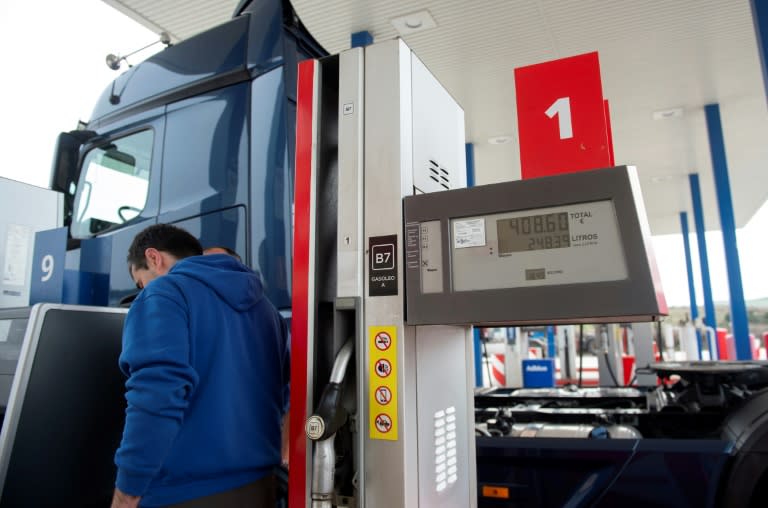 The associations have criticized plans for a so-called mobility subsidy to offset rising energy prices. The difficult thing about a flat-rate mobility allowance is “that employees would be paid regardless of actual consumption,” the president of the Taxpayers’ Association, Reiner Holznagel, told the newspapers of the Funke media group (Tuesday editions). .

Instead, Holznagel spoke out in favor of introducing a temporary discount on tanks, as Federal Finance Minister Christian Lindner (FDP) recently proposed. “As a short-term measure, tank discount plans may work to support fuel prices for the time being, however this should be limited,” Holznagel said.

At the same time, the government must reduce the tax burden on energy prices. That is why his association asks that the VAT on energy be lowered from 19 to seven percent. “In addition, the tax on mineral oil in fuel must be lowered,” Holznagel demanded. He also called for a “complete and immediate abolition of the EEG tax” and a “large-scale abolition of the electricity tax.”

The president of the social association VdK Germany, Verena Bentele, told the “Neue Osnabrücker Zeitung” (Tuesday’s edition): “Pensioners will not benefit from the mobility allowance proposed by the SPD, as it will be transferred as a state allowance with the salary. Retirees and pensioners are left with nothing according to the plans of the stoplight coalition so far. They feel cheated.”

Alternatively, Bentele called for pensioners with low and medium pensions to receive a staggered surcharge on their pension. “They have to pay for this directly out of their pension. They need the money right away.” Holznagel also addressed “the open issue of easing the burden on the self-employed and pensioners.”

Federal Labor Minister Hubertus Heil (SPD) had proposed that employees should receive a flat-rate subsidy from the state in addition to their salary, depending on their income.

Gregor Kolbe, mobility and travel adviser at the Federal Association of Consumer Organizations (vzbv), called this proposal “more socially balanced” in the Funke dailies than a discount on the tank or a reduction in taxes on fuel. “Because high-income and high-consumption car owners benefit above all from this relief according to the watering-can principle.”

The mobility allowance was also well received by cyclists. “It helps ensure mobility regardless of income and means of transport,” Federal Director of the General German Bicycle Club (ADFC), Ann-Kathrin Schneider, told Funke dailies. “Anyone who wants to cycle to work or shop more often can also invest mobility money in a stylish bike, that’s good.”

Meanwhile, the head of the ADFC does not believe in discounts on fuel: “Discounts on tanks are doubly wrong, because they favor people with higher incomes and encourage climate-damaging driving.”