Asim Abu Hayyan.. “The Mufti of Al-Qaeda” in the hands of the Algerian army 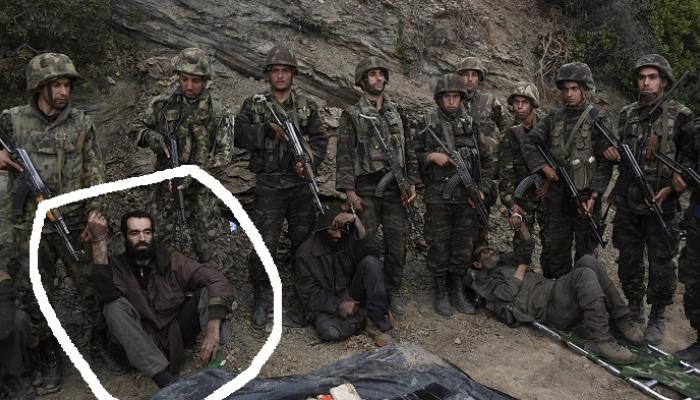 The Algerian army arrested the “Mufti” of the terrorist branch of al-Qaeda in a qualitative and preventive military operation in the east of the country.

“The Mufti of Al-Qaeda” is the terrorist named “Luslus Madani” and his nickname “Asim Abu Hayyan”, who joined the terrorist groups from 1994.

Abu Hayyan’s arrest came after a qualitative and preventive military operation launched by the Algerian army against the last redoubts of the remnants of terrorist groups on the coast of the country, specifically on the heights of the “Skikda” governorate located in the east. the Argelia.

And on Thursday, a statement from the Algerian Ministry of Defense claimed, “Al-Ain News” obtained a copy of it, that “in the context of the tireless efforts made by our units of the armed forces in the field of fighting against terrorism and the continuation of the search and combing operation in the Wadi Al-Dawwar forest near Bani Zeid municipality, El-Goul district in Skikda state in the fifth military district, On March 16, detachments (military units) of the National People The Army arrested 7 terrorists and found the body of another terrorist who had been wounded in the last operation carried out on February 19.

During the operation, 8 Kalashnikov machine guns and significant amounts of ammunition and other items were seized, according to the statement.

In this report, “Al-Ain News” reviews some available information about the “oldest mufti” of the terrorist groups in Algeria, who was captured by the army.

There is very little information available about the terrorist “Luss Madani”, but his name has been repeated a lot in various local media since the 1990s.

The terrorist named “Madani” began his terrorist activity in 1994 in Medea Governorate, in the center of the country, when he joined the ranks of the “Terrorist Salvation Army”, which was the military wing of the outlawed Brotherhood “Front of Terrorist Salvation”. who was a “sponsor of terrorism” in Algeria, and caused the death of some 250,000 Algerians in what became known as the “black decade”.

At the end of 1998, the local Algerian media circulated an audio recording of the terrorist Salus Madani, in which he “warned the followers” of the terrorist Abdelmalek Drodkal (one of the assassinated leaders of Al-Qaeda in the Maghreb), and described them as “day laborers who have nothing to do with Al-Qaeda and seek to corrupt jihad”, which confirmed the state of conflict between terrorist groups during that time.

The “Sunni Group for Preaching and Fighting”, a terrorist organization splinter from the “Terrorist Salvation Front”, focused its terrorist operations against members of the army and security forces in central Algeria.

The group included some 50 terrorists in its ranks, since it adopted a different terrorist tactic based on distributing its members into small groups that moved in various axes and forests in central Algeria, specifically in the governorates of Medea, Tipaza , Ain Defla and Tissemsilt.

While other Algerian media previously reported that the terrorists Hassan Hattab and Sallus Madani had been “comrades in arms” since they joined the terrorist act. About the “Terrorist Salvation Front”.

With the intensification of military attacks by the Algerian army against terrorist strongholds in the center of the country since the beginning of this millennium, the terrorist nicknamed “Asim Abu Hayyan” was able to flee with several of his elements to the east of the country. , and there a new terrorist group was formed in which “Abu Hayan” was the Mufti of the remnants of the terrorist groups, as “Chairman of the Sharia Committee”. 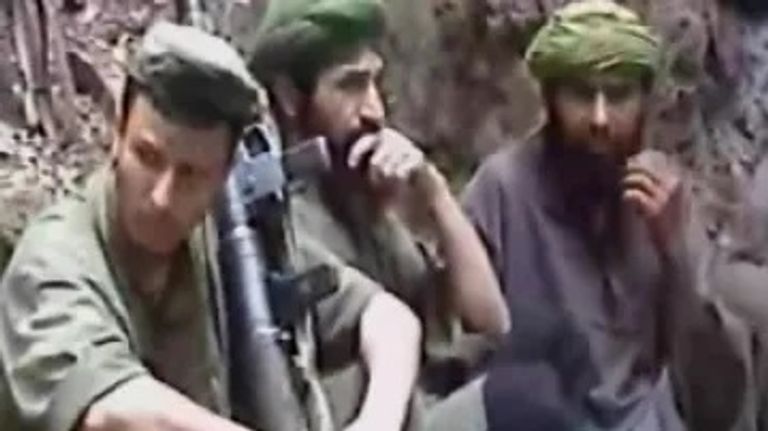 However, the recent statement by the Algerian Ministry of Defense alluded to Salus Madani’s terrorist “thought” movement from attacking military and security personnel to targeting civilians after years of “opposing” attacks by the Drodkal terrorist organization. against defenseless civilians in the center of the country.