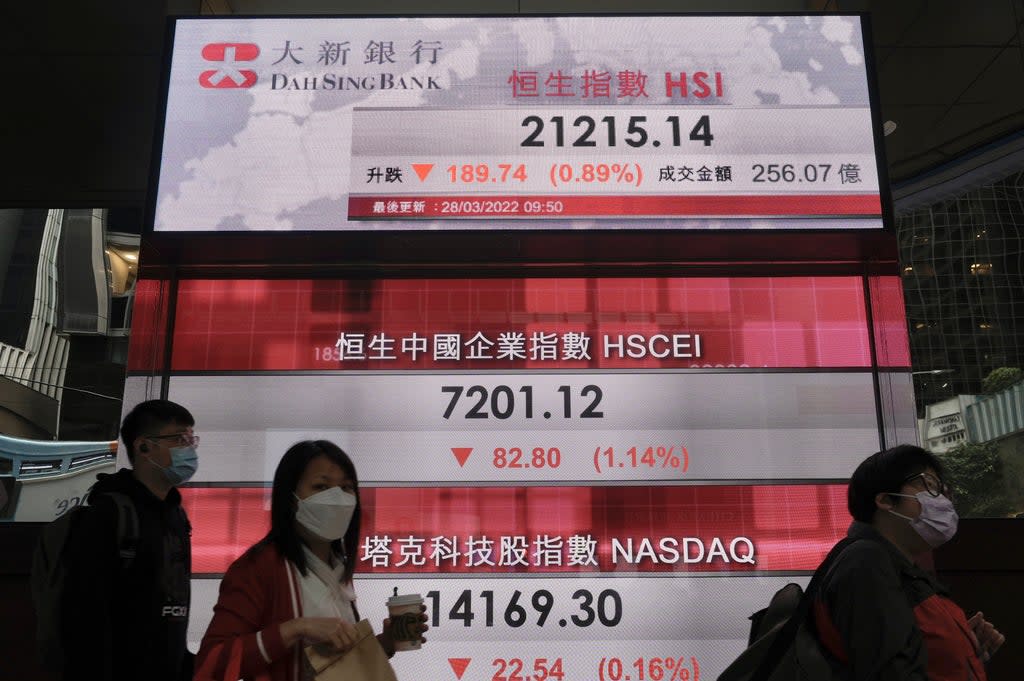 Asian stocks were mixed on Monday as concerns about the pandemic, inflation and the war in Ukraine weighed on market sentiment.

More broadly, the war in Ukraine and inflation are clouding the global picture. Federal Reserve moves to raise interest rates to offset rising prices are another concern in times of uncertainty.

“Ahead of the new week, geopolitical tensions and the prospects of the Fed’s tightening path may add some volatility to the markets. During the many rounds of talks, it has been shown that a peaceful resolution between Ukraine and Russia may be more difficult than expected,” said Yeap Jun Rong, market strategist at IG in Singapore.

The US Federal Reserve has indicated that it may continue to raise interest rates, as a way of curbing inflation. Earlier this month, Fed officials raised their key rate a quarter point from near zero to a range of 0.25% to 0.5%.

Meanwhile, the war is adding to concerns about instability, energy prices and economic slowdowns in several nations. Over the weekend, Ukrainian President Volodymyr Zelenskyy accused the West of cowardice and called for warplanes and tanks to help defend his country from invading Russian troops.

Russia has said its main focus in the conflict is to take control of the eastern Donbas region, an apparent setback from its earlier more expansive goals, but one that is raising fears of a divided Ukraine. Earlier, President Joe Biden said in a speech that Russian President Vladimir Putin could not stay in power. White House aides were quick to downplay the comments, clarifying that Biden was not calling for “regime change.”

Oil prices have been volatile since Russia’s war against Ukraine began in February. Russia is the second largest exporter of crude oil. Energy prices were already high, but the conflict has raised concerns about worsening supply shortages that could further worsen persistently rising inflation.

Japan imports virtually all of its oil, almost all of it from the Middle East. But rising prices will hit an already fragile economy reeling from on-and-off restrictions over the past two years to contain COVID-19 infections.