As if he was going to war; weapons seized from protesters in Quito 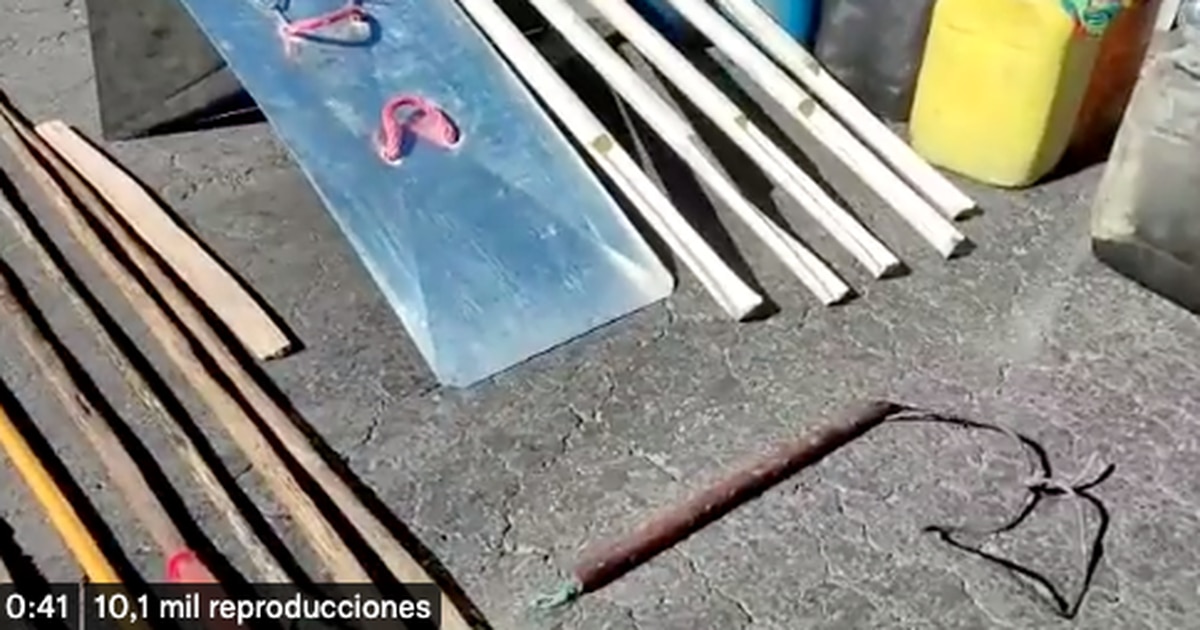 Thousands of natives arrived that night Monday, June 20 in Quito ahead of the ninth day of protests. Although its entry, from the south of the city, did not pose any major problems, the incidents occurred in the sector clover

However, after problems with the National Police They managed to reach the universities (Salesian, Polytechnic and Central) of the capital to take refuge. In the early hours of this Tuesday, the excesses began and the vehicles were affected by the puncture of their tires and the recording of attacks on the bodywork.

The national police, within the framework of the state of emergency and of its powers, seized weapons which were to be used in the demonstrations. The equipment included metal shields, spears, plastic tubes, gas cans and other objects.

They were seized in #UIO.

They were going to be used for the purpose of PROVOKING VIOLENCE IN THE PROTESTS#NoMoreViolence pic.twitter.com/bKrVKHcYoW

“Ecuadorian democracy is seriously threatened” The Minister of Defense of Ecuador, Luis Lara, warned this Tuesday, at a time when social protests due to the cost of living are intensifying in the country, with the blocking of roads and highways, and the arrival of thousands of demonstrators in the capital, Quito.

“Ecuadorian democracy is under serious threat due to the concerted action of fanatical people who prevent the free movement of the majority of Ecuadorians”, he said in a press statement.

He added that the “one goal” actions of violent groups “It is to create panic, attack and extort companies, institutions and authorities.”

The armed forces “They view with great concern the manipulation of social protest, the rise of violence by those who have rejected dialogue, a fundamental principle of coexistence in freedom and democracy in an attempt to impose their demands on the state. “

Lara added that there is an even more serious fact: “These actions coincide with the brutal criminal onslaught the country is facing from drug traffickers and organized crime.”