Arrimadas acknowledges Cs made “many mistakes,” highlighting those of 2019 when Rivera was party leader 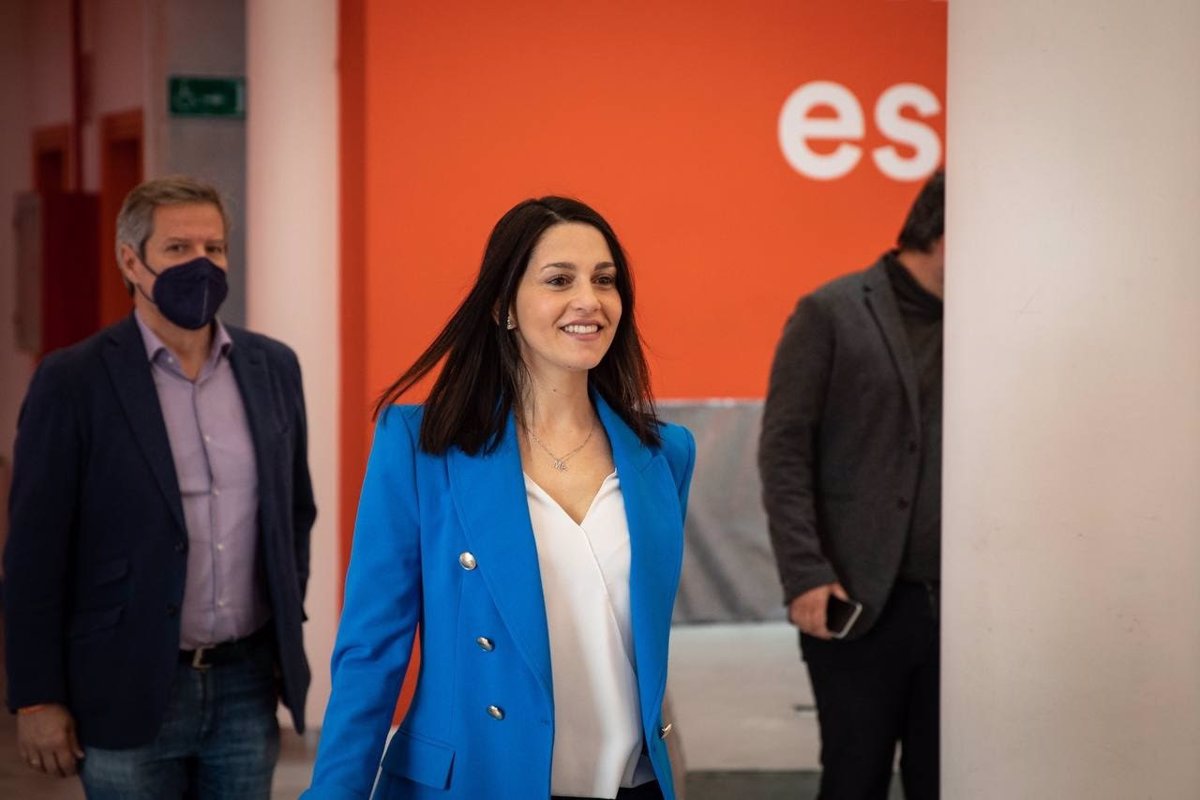 The president of Ciudadanos, Inés Arrimadas, acknowledged this Tuesday that the “orange” formation made “many mistakes” and has highlighted those of 2019, when Albert Rivera was still party leader, after announcing a “refoundation” electoral debacle in Andalusia.

In an interview granted to esRadio and collected by Europa Press, Arrimadas stressed that these “mistakes” have “without a doubt” punished Ciudadanos “a lot” and asked which ones he regretted the most, he highlighted those of 2019 without naming them specifically.

“In 2019 we made a lot of mistakes that many people tell me on the street that they haven’t forgotten,” lamented the ‘Orange’ boss, who nevertheless made it clear that she was part of the Ciudadanos leadership at the time.

In this regard, he stressed that since November 2019, the party “does not hide that the situation was very complicated”. “We got a much worse election result,” he recalled, before also lamenting that the party had stopped “tempting” and that it was “burned out.” In these elections, Ciudadanos sank, rising from third to sixth force with only ten seats.

Therefore, he has called for “learning, embracing and recognizing” these mistakes and has welcomed the fact that Ciudadanos is doing so. In this sense, he lamented that the PP and PSOE had also “made a mistake” in a “more serious” way and had not been “punished”.

Arrimadas, who has assured that he will “never” “throw in the towel” despite the fact that it is currently “difficult” to position himself as the leader of the “Oranges”, has alluded to the process of re-establishing the party, pointing out that it is necessary , to run it because the space where Ciudadanos is located “exists”.

In this regard, he stressed the need to “reinvent” the ideas and basis of the program, recalling that the party was founded in Catalonia in 2006 and that society has changed. “Apart from the program, the teams, the organizational model, the brand and of course the direction of the party,” he added, noting that they are “looking for a complete renovation that can inspire again”. “We are no longer perceived as a useful party,” he added.

In the Andalusian elections, Arrimadas has ensured that the “centre” has room and that if their voters do not vote for them “or a similar party”, they will “abstain”. However, he admitted that there had also been shifts in votes to the PP, “but that doesn’t mean that they occupy the middle because their positions don’t come from a liberal project”.

On that day, the “orange” leader made it clear that the process of deep renewal that the party will embark on will include its leadership submitting to the approval of the founding principles.

For his part, the spokesman for Citizens in Congress, Edmundo Bal, assumed this Tuesday that “the brand” of his formation was “very burnt” and that for this reason a re-establishment process was necessary, in which he even left the door open to the possibility to change the name of the party.

- Advertisement -
Share
Facebook
Twitter
Pinterest
WhatsApp
Previous articleSpain is introducing a system to notify the population in an area affected by an emergency by SMS
Next articleCCOO, UGT and CSIF are calling for a partial strike at Quirón Prevention next Thursday