Around 10,000 police officers will shield the NATO summit: Violent protests are not to be expected, Selenski remains unknown 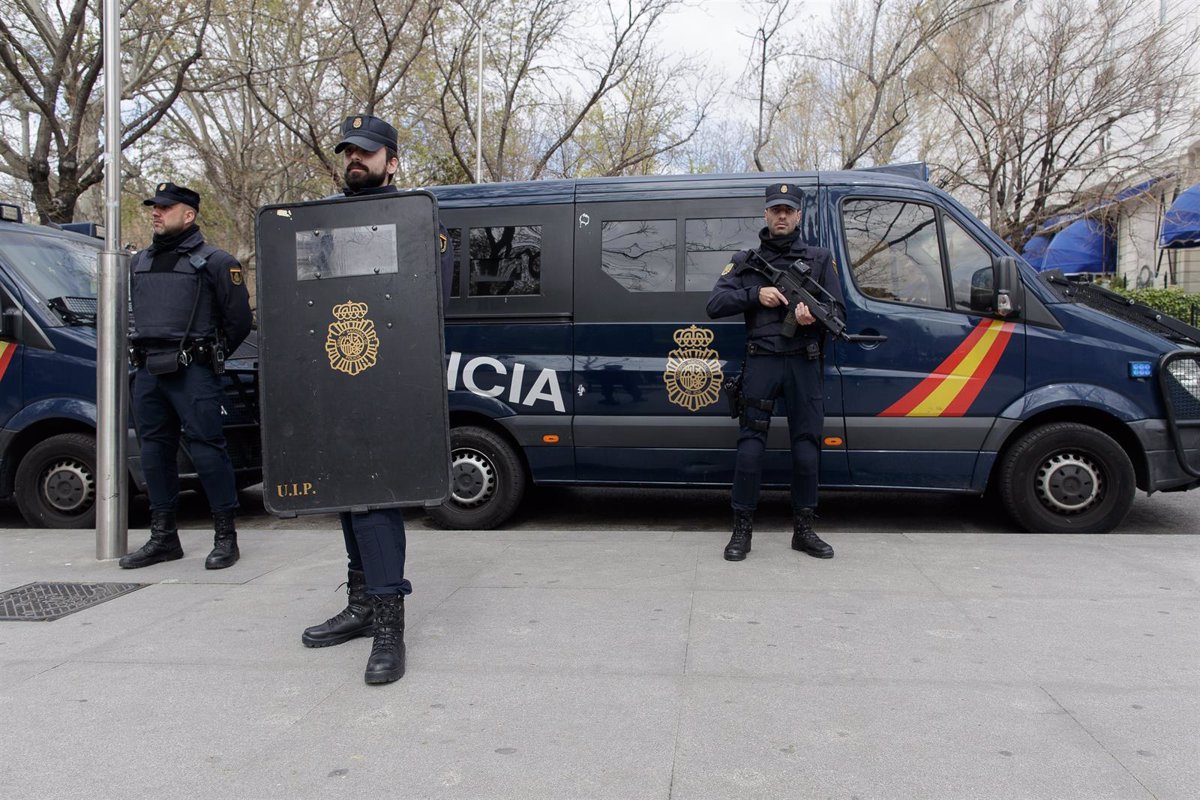 Around 10,000 agents of the security forces and organs, under the coordination of the National Police, will protect Madrid on the occasion of the NATO summit, an international event that includes the largest police operation in the history of Spain with more than 40 world leaders, with the unknown if the President of the Ukraine, Volodimir Zelenskyj, will participate online or in person.

In the context of the war in Ukraine and tensions between NATO and the President of Russia, Vladimir Putin, “Operation Eirene” (“She who brings peace” in Greek mythology) is being directed by the National Police, the body the largest troop strength: 6,550 agents; They are joined by the 2,400 civil guard and city police, firefighters, private security and emergency services, according to Interior Ministry sources.

The official agenda of the summit held at IFEMA is set for June 29 and 30, but the first bilateral meetings of the heads of state and government with the President of the Government, Pedro Sánchez, as well as a dinner are scheduled the day before and will be chaired by offered to the kings in the royal palace.

All efforts have been focused for months on ensuring no outages, including alternative routes for delegations and designated evacuation areas, particularly at IFEMA’s site, which will be fully screened. The police commanders take into account that there are issues that involve a certain complexity, such as the physical presence of Zelenski in Madrid – it would be his first departure from Ukraine since the war began – although this will probably only be clarified at the last moment.

NO SPECIFIC THREAT WAS DETECTED

One of the main challenges will be to ensure cyber security, especially in the face of possible external threats from countries like Russia in a context of tensions with the West and especially with NATO. Aside from cyber surveillance, the National Police will use their drone system and the Department of Defense will be responsible for determining what kind of restrictions there will be in the airspace within a device where, in terms of patrols and security, citizens will not have the presence of the military on the streets.

Interior, which decided at its last weekly meeting to maintain anti-terrorist alert level 4 out of 5, receives daily reports from both the CNI and the Intelligence Center against Terrorism and Crime Organization (CITCO). In terms of security issues during the event, no scenario is ruled out – it never is – although no specific threat has been identified to date.

“We are concerned and busy, but to date we do not observe any particular problem that would have to increase the cast,” they have indicated twelve days before the summit when asked by the department led by Fernando Grande-Marlaska whether they have been certain attack plans detected in Spain, a greater number of cyber attacks or an alert due to the presence of anti-systems that can cause serious clashes.

In this context, border controls have been strengthened to detect the possible arrival of people with a radical profile, which has led to specific restrictions of the Schengen Agreement. However, the device gains intensity as the inauguration approaches: the preventive and alert phases pass to the activation of the “critical phase” on Monday 27th.

The police officers ensure that the “balance” between the safety of the 5,000 participants at the summit and the “continuity of the daily life of the people of Madrid” is maintained, as well as the right to demonstrate for everyone who wants to express their rejection of NATO, although the prognosis – due to a lack of operational details – is that the protests in the vicinity of IFEMA cannot be carried out for security reasons.

The government plans to step up the news these days so that citizens avoid using their private vehicles during the summit – in favor of public transport – and encourage teleworking as much as possible, since the leaders’ car convoys have been moved from their hotels to IFEMA or to the Palacio de Moncloa, where bilateral meetings are planned, from June 28.

To ensure that the restrictions on the movement of Madridians have the least possible impact, the “excellent institutional collaboration” with both the Autonomous Community of Madrid and the capital’s City Council plays a role, as Interior pointed out. “Madrid and Spain have a lot at stake for their international presence,” they stress.

An IFEMA pavilion will house the unit’s Coordination Center (CECOR), which will be led by the National Police – with the Deputy Chief of Operations (DAO) as head of the overall operation – and which will have commands from the Guardia Civil, Police Municipal, CNI, CITCO or Casa Real, as well as representatives of the Ministry of Foreign Affairs, the Ministry of Defense, the government delegation, civil defense and private security from IFEMA.

Interior has also planned a CECOR “mirror” room outside of IFEMA, but its location is being kept secret for security reasons. To the 10,000 police officers must be added the security of each of the delegations, the largest of which is the one led by US President Joe Biden. IFEMA’s conditioning alone has a budget of 35 million, although the government hopes not to be able to spend it in full.

The security of the royal family will also play a crucial role, particularly in relation to the program for escorts of presidents and prime ministers, involving Queen Letizia as hostess in an agenda, parallel to the official one, which includes visits to the Royal Palace of La Granja de San Ildefonso in Segovia and dinner at the Royal Palace or at the Prado Museum. The goal they have stated from the government is to project the image of Spain as a supportive, sustainable and egalitarian country.