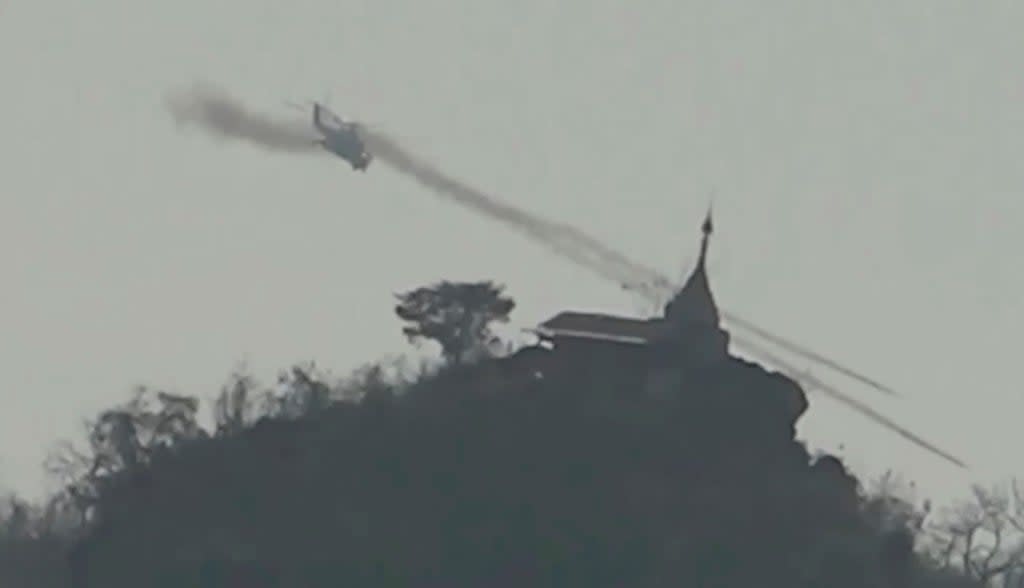 While Russia’s war in Ukraine dominates global attention, Myanmar’s military is targeting civilians in air and ground attacks on a scale unprecedented in the country since World War II, according to a relief worker who spent nearly three months in a combat zone in Southeast Asia. nation.

David Eubank, director of the Free Burma Rangers, a humanitarian aid organization, told The Associated Press that military planes and helicopters carry out frequent attacks in the eastern areas of Myanmar where he and his volunteers operate, bringing food and medical aid to civilians caught up in conflict.

Many are loosely allied with well-established ethnic minority armed groups, such as the Karenni, Karen and Kachin, who have been fighting the central government for more than half a century, seeking greater autonomy in border regions.

Despite overwhelming superiority in numbers and weaponry, the armed forces have failed to crush this grassroots resistance movement. The army has now stepped up attacks, taking advantage of dry summer conditions.

Eubank described the fighting he had seen as probably the worst in Myanmar since World War II, when the country was a British colony still known as Burma and largely occupied by the Japanese.

There has been serious but sporadic fighting in Myanmar’s northern Kachin state for a few years, he said, “but what I saw in Karenni I hadn’t seen in Burma before.”

Russia is one of the main suppliers of weapons to the Myanmar military and is holding supplies even as many other nations have maintained an embargo since the military took power to promote peace and a return to democratic rule.

Eubank knows where he’s talking. He was a Special Forces officer and a US Army Ranger before he and some Myanmar ethnic minority leaders founded the Free Burma Rangers, a faith-based organization in 1997. Two of its members have died in the state. of Kayah since the end of February: one in an air attack, the other in a mortar bombardment.

Drone footage filmed by the group shows the impact of the army’s offensive on Karenni settlements, with buildings on fire and smoke billowing into the sky. In a February 24 report in the state-run Myanma Alinn Daily newspaper, the military acknowledged using airstrikes and heavy artillery to eliminate what it called “terrorist groups” near the state capital, Loikaw.

“These are war crimes,” Manny Maung, a Myanmar researcher for Human Rights Watch, told the AP. “These attacks by the military against civilians, civilian buildings, killings of civilians, public buildings like religious buildings, yes, they are no less than war crimes that are happening right now in that particular area and this is because they are indiscriminately attacking the civilians”.

In addition to Kayah, the army is currently hitting hard in Sagaing, in upper central Myanmar, burning down villages and engaging heavily with poorly armed militia units.

The United Nations refugee agency says 52,000 people across the country fled their homes in the last week of February. It places the total number of internally displaced persons since the military coup at just over half a million. Casualty figures are unclear, given the government’s control of information and the remoteness of the war zones.

More than 1,670 civilians have been killed by security forces since the army seized power in February last year, according to the Political Prisoners Assistance Association, an advocacy group that monitors arrests and deaths. But their counts come mostly from Myanmar’s cities and are generally lacking in combat casualties in the field.

“In the middle of all this we have Ukraine, which is a tragedy, and I am very grateful for the help that the world has galvanized behind Ukraine,” Eubank said. “But the Karenni people ask me ‘Don’t we count? … And of course the people of Ukraine need help. But so are we. Why? Why is no one helping us?'”