Armenia leads alone after a win (2.5-1.5) against Indian youth 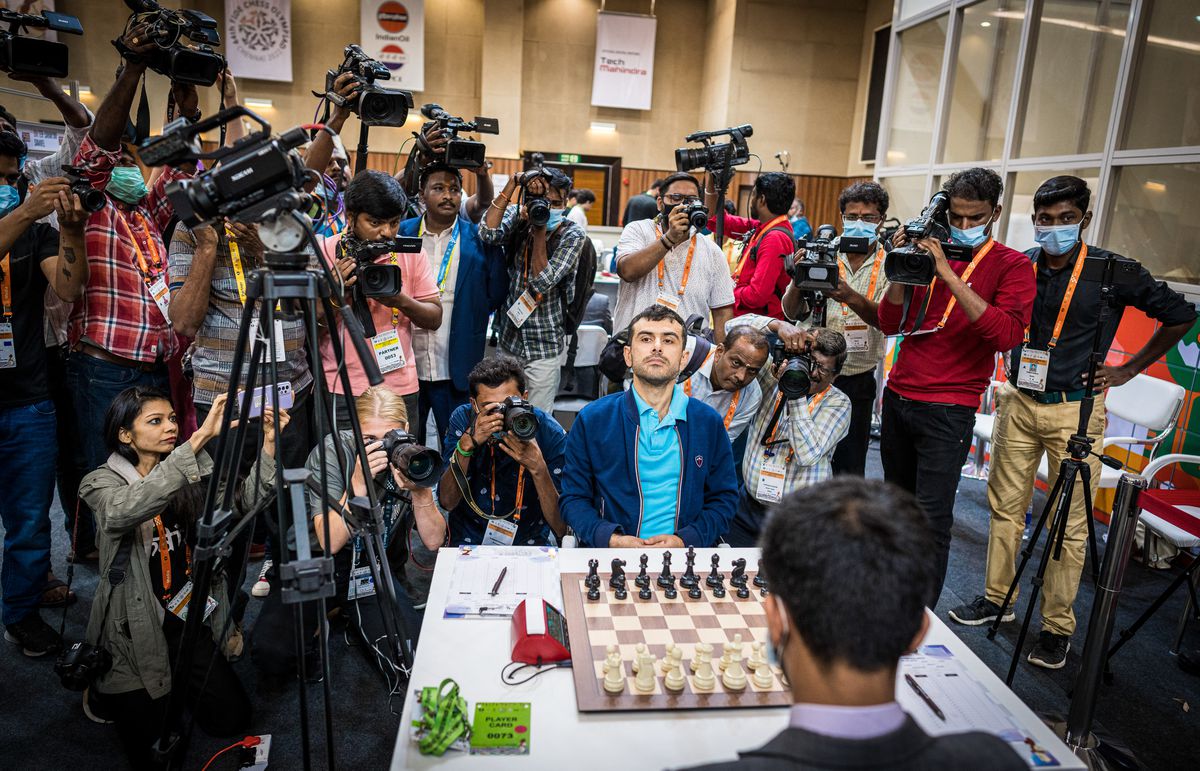 There are countries whose chess is so solid that they continue to shine without their biggest stars. Armenia without Levón Aronian (now with USA) are the sole leaders of the Chennai Olympiad after inflicting their first defeat (in Round 6) on wonderland India B. India A, without five-time champion Anand, shares third place with ao India B and C (including Cuba and Peru) behind the USA, who only managed to beat Iran 2.5-1.5, despite the Persians’ Alireza Firouzja (France) lost. Cuba, without Leinier Domínguez or Lázaro Bruzón (USA), level on points with Spain (Paco Vallejo, with a cold, has not played two rounds). On the other side Norway (third seeded = not going despite Magnus Carlsen’s victories. It’s quiet this Thursday.

“Paco has a bit of a cough, probably due to the huge temperature swings between the very strong air conditioning and the heat on the street,” explained Jordi Magem, captain of the Spanish men’s team, to EL PAÍS. After the three draws in the games of Alexéi Shirov, Jaime Santos and Eduardo Iturrizaga against Yasser Quesada, Luis Quesada and Omar Almeida respectively, David Antón tried unsuccessfully to extend his small lead over Carlos Albornoz.

Those who failed in India B were the veteran Adhiban (30 years old), against Ter-Sahakyán, and the weakest of the miracles, Sadhwani, against Hovhannisyán. Nihal Sarin tied with Melkumyan. And the one going on unbeaten, and there are now six straight victories against classy rivals, is Dommaraju Gukesh, 16, winner of Sargissián with relative ease and already climbed to 26th in the world.

Seeing Iran’s performance without Firouzja, it’s impossible not to wonder how far they could go with him. Aronian, So and Leinier Domínguez could not break the resistance of Tabatabaei (b. 2001), Idani (1995) and Daneshvar (2006). Only Caruana managed to put down the very tough Maghsoodloo (2000). USA, who lost just a point to Uzbekistan (another very young team), meet Armenia on Friday after Thursday’s break. The other meetings at the summit are India A – India C; France – Netherlands; Serbia – Germany; Cuba – India and Peru – Uzbekistan. Spain meets Kazakhstan.

In the women’s tournament, India alone lead with six wins after beating another favorite, Georgia, 3-1 today. One point ahead of Azerbaijan and Romania. Spain are 12th after a 4-0 win over Denmark and meet the Czech Republic on Friday.