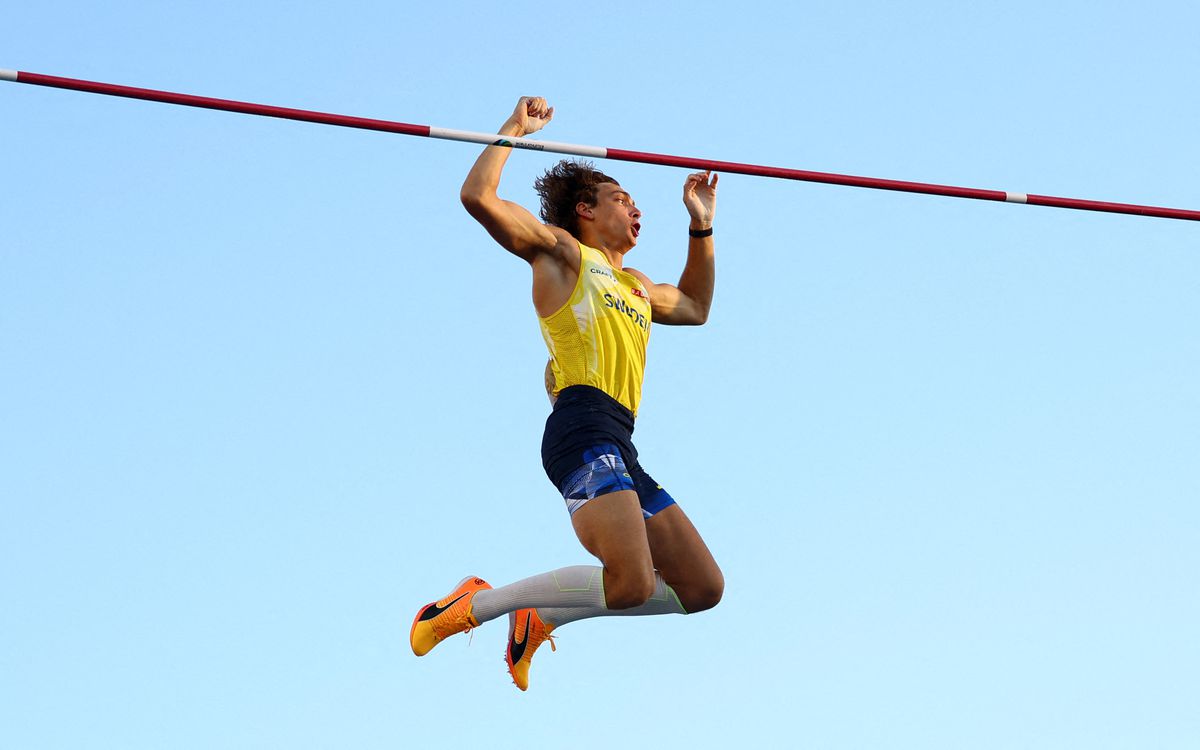 It’s almost eight o’clock in the evening at Hayward Field and the first World Cup on American soil is drawing to a close. Americans, so cinematic, so fond of happy endings, watch Mondo Duplantis hold the line and want to witness what has never been seen before. The bar is over 6.21m, a centimeter more than what the Swede achieved on the indoor track in Belgrade last March. All of his rivals have already made three clears and are out of contention, and Duplantis is his first gold at an outdoor world championships, but that’s only half the show. The fireworks of man versus story duel remain, and Duplantis, already familiar with that feeling and nothing more to impress him, a 22-year-old veteran, hinted at by cellphones from the stands and thinking of Instagram and YouTube, rushes in at his second chance he puts the bar in the box and soars in a clean flight that doesn’t hit the bar and has a few inches left. He falls screaming. It’s his fifth world record.

Born and raised in Louisiana, the young man of Swedish nationality, that of his mother, jumps euphorically, no longer holding the pole, another attribute of his body. He will not jump again and will receive $100,000 from the organization, the price at which records are paid. He celebrates by doing a somersault on the tartan. He not only gets the world record, but also the championship record (previously 6.05 m) and the best outdoor mark (previously 6.16 m). Also, the bad taste in the mouth of the Doha World Cup 2019 is gone in one fell swoop when it came to silver. American Christopher Nilsen takes silver with 5.94m and Philippine Ernest John Obienta takes bronze by falling against the same height but with more previous penalties.

It is the umpteenth high point of a life, looking up, gliding up. Duplantis’ childhood home movies aren’t those of birthdays surrounded by friends. At least not the best known. They show a child rising and falling onto a mat placed in his backyard, the place where he began an activity that is as naturalized as eating, drinking and sleeping. “I don’t remember exactly when I jumped for the first time. I can’t remember the first time I picked up a pole. I’ve always been able to jump with a stick,” he says in a video about his beginnings.

This base, acquired in moments of learning when the body and brain absorb and adapt to the environment more quickly, gave him an edge over the rest that translated into a superiority so overwhelming that few can boast of it , maybe the Venezuelan Yulimar Rojas in the triple jump or the American Sydney McLaughlin in the 400 m hurdles. The latter, together with Duplantis and Nigerian Tobi Amusan, achieved the three records of this edition of the World Cup in the 100m hurdles, the same as in Doha.

After going through a moment of doubt as a teenager when considering whether to focus his athletic career on pole vaulting, time has finally proved Duplantis right. “I’m happy with that decision now, I’m having more fun every time,” he admitted. The eyes are on him, but the pressure doesn’t seem to affect him. “When I compete out there, I feel like I’m playing in my backyard again.”

The complacency with which he jumped in Oregon says his roof didn’t hit. how far can you jump His friend and rival Renaud Lavillenie, fifth in Oregon, predicts 6.25 m.