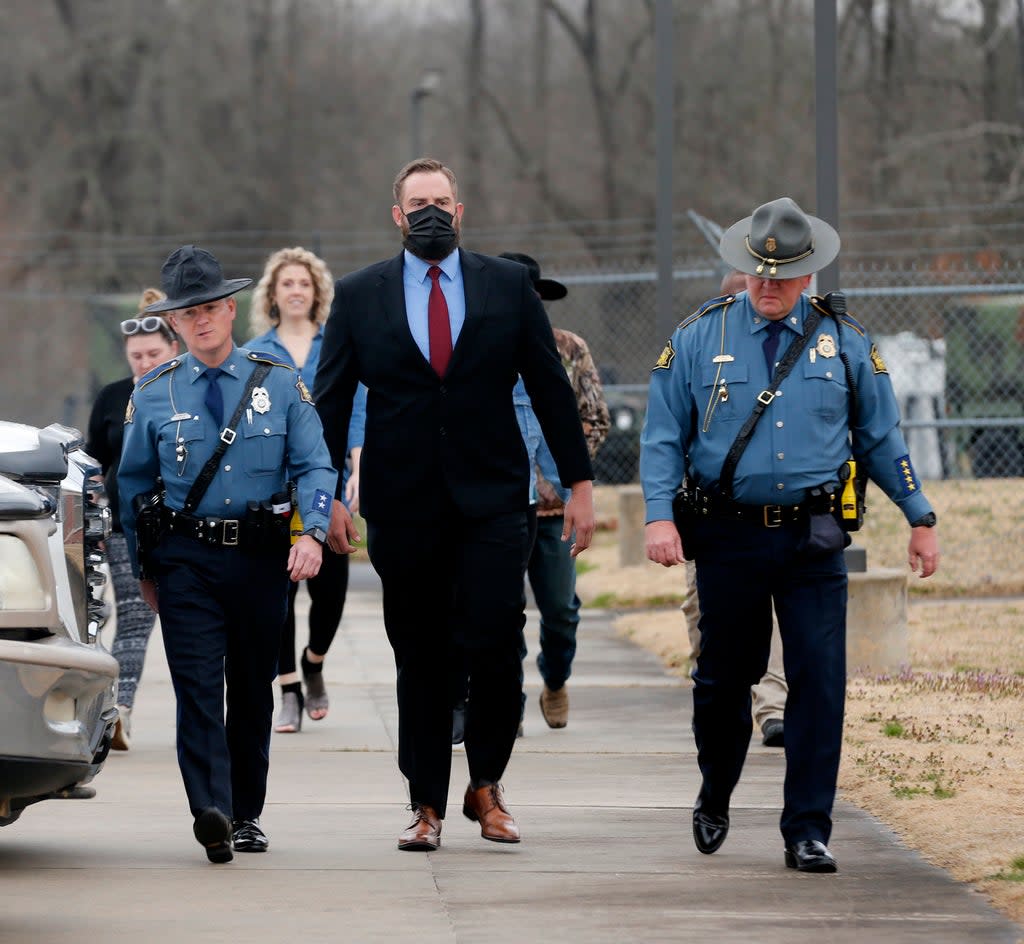 A former Arkansas deputy was found guilty Friday of negligent homicide but acquitted of felony manslaughter in the fatal shooting of a white teenager whose death drew the attention of national civil rights leaders and activists.

Jurors found Michael Davis, a former Lonoke County Sheriff’s Office sergeant, guilty in the shooting death last year of 17-year-old Hunter Brittain during a traffic stop outside Cabot, a city of about 26,000 people about 30 miles (48 kilometers) northeast of Little Rock.

Negligent homicide is a misdemeanor punishable by up to one year in prison. Involuntary manslaughter is a felony that Davis would have faced between three and 10 years.

Davis told investigators he shot Brittain once in the neck during a stop outside an auto repair shop after the teen got out of his truck and into the bed of the truck without complying with his show orders. hands, according to the arrest affidavit. Brittain was holding a container that family members said contained antifreeze, and no evidence of firearms was found in or near the truck, investigators said.

Brittain’s family members said he was grabbing the container to place it behind the wheel of the truck to prevent it from rolling backwards.

A passenger with Brittain said he and the teen had been working on the transmission in Brittain’s truck. The passenger and another witness testified that they never heard Davis tell the teen to show his hands.

Brittain was praised last year by the Rev. Al Sharpton and two attorneys representing the family of George Floyd. They said the teen’s death highlighted the need for interracial support for changes in policing. Brittain’s family and friends have regularly demonstrated outside the Lonoke County Sheriff’s Office, demanding more details about the shooting.

Floyd died in May 2020 when a white Minneapolis police officer used his knee to pin the handcuffed black man’s neck to the ground. His death sparked nationwide protests over police surveillance and racial inequality.