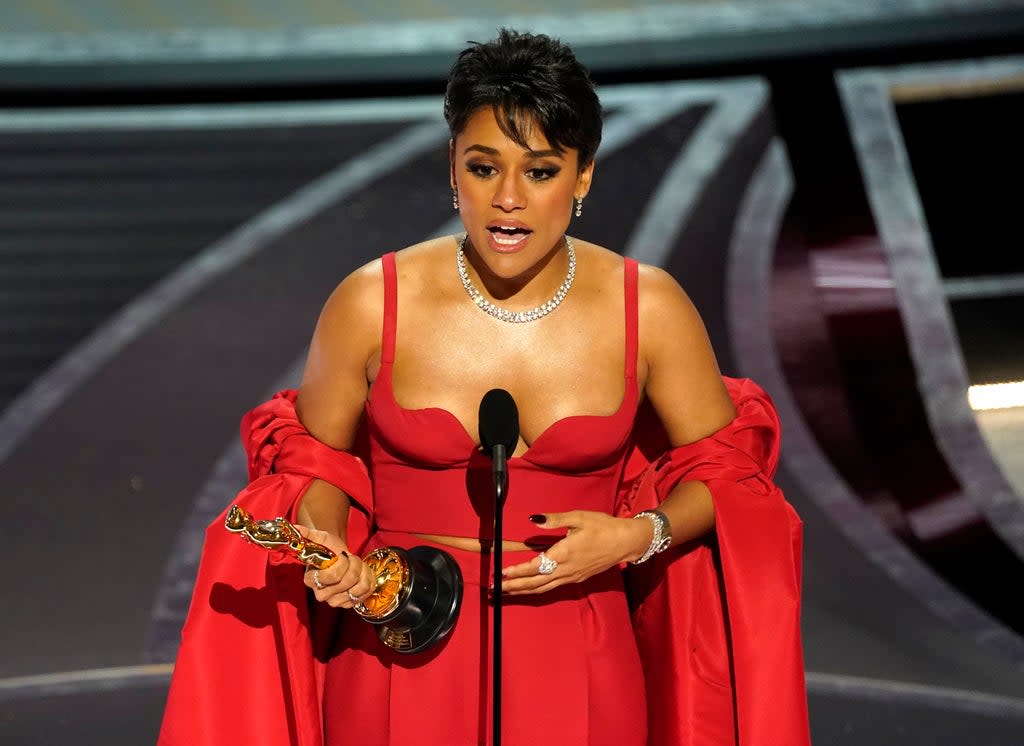 West Side Story star Ariana DeBose spoke of her pride in being an “openly queer woman of color” when she won the Oscar for best supporting actress.