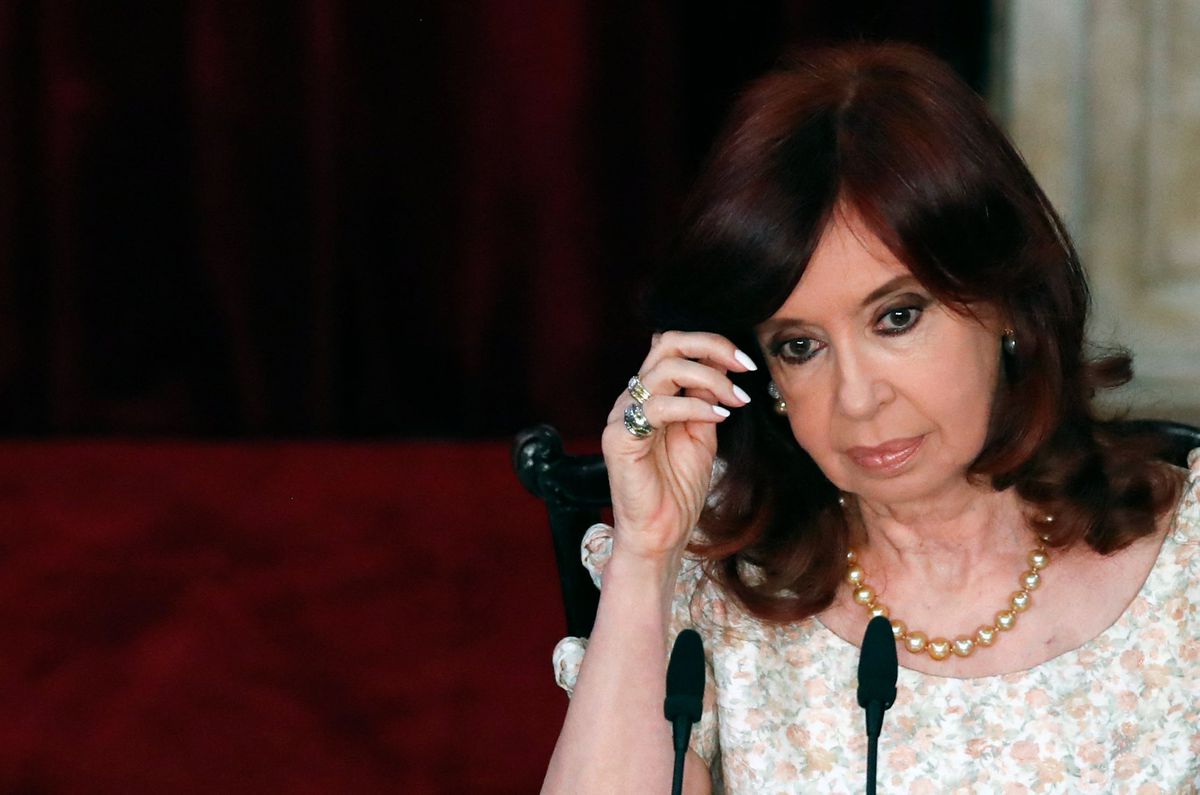 For Argentinian Vice President Cristina Fernández de Kirchner, the problems are piling up. As the political crisis within the ruling coalition deepens, the former president suffered a harsh legal setback on Tuesday that has failed in her attempt to stop the only ongoing trial against her over alleged corruption.

The Supreme Court dismissed all of the annulments it brought in the Roadway case, which investigates irregularities in public works in the southern province of Santa Cruz, the cradle of Kirchnerism.

In a unanimous ruling, the four judges felt that the institutional seriousness to which the vice president appealed to seek Supreme Court intervention had not been proven, nor did they find grounds to overturn the trial that began in May.

For this reason, Fernández de Kirchner will again sit on the defendant’s bench on July 11, when the trial phase begins.

Prosecutors could seek a prison sentence of between five and 16 years for the vice president, depending on the crimes she is convicted of: running an illegal association and defrauding the state. You are accused after favoring businessman Lázaro Báez in the award of 51 public works.

Fernández de Kirchner has reason to worry. Last year, Báez was sentenced to 12 years in prison after being found guilty of $60 million in money laundering between 2010 and 2013, when his name was among Kirchnerism’s preferred government contractors. In just a few years, Báez went from bank teller to millionaire.

President Alberto Fernández and the Speaker of the Chamber of Deputies, Sergio Massa, were summoned to testify in their capacity as former chiefs of staff, but both denied the existence of any irregularities.

If the planned schedule is adhered to, the judges should reach their verdict before the end of the year. Whatever it is, it will affect the race for the 2023 presidential election. The former president’s silence on the verdict contrasts with positive statements from opposition figures.

The trial in the Vialidad case is the only one against Fernández de Kirchner that has been successful since the return of Peronism in late 2019. During these years, the Vice President has seen judges close important open cases against her, such as those by Hotesur and Los Sauces, in which she was accused of illegal association and money laundering; that of the future dollar and that of the memorandum signed with Iran.

It wasn’t the only negative development for her on the legal front, however. The Federal Court of Justice 7 also reactivated this Tuesday the case known as the “corruption books”, in which Fernández de Kirchner is suspected of leading an illegal association dedicated to collecting bribes from big businessmen linked to the construction of public works .

After receiving the extraordinary funds it requested to investigate this macro case involving fifty defendants, the court decided to inform the parties that they must present within the next ten days the evidence that they will use in the debate, which does not yet have It has a start date.

The case erupted in April 2018 after eight notebooks belonging to Oscar Centeno, Julio de Vido’s driver, were discovered. Between 2003 and 2015, Centeno chronicled the trips he made in his car with bags loaded with dollars he said he had received from the hands of big businessmen with contracts with the Argentine state.

The thing has been almost halted for three years, but this Tuesday’s request is the first sign it’s about to be reactivated.

Ecosophy: the philosophy of treating the natural environment as something divine