Are there parallels between Putin and Hitler? 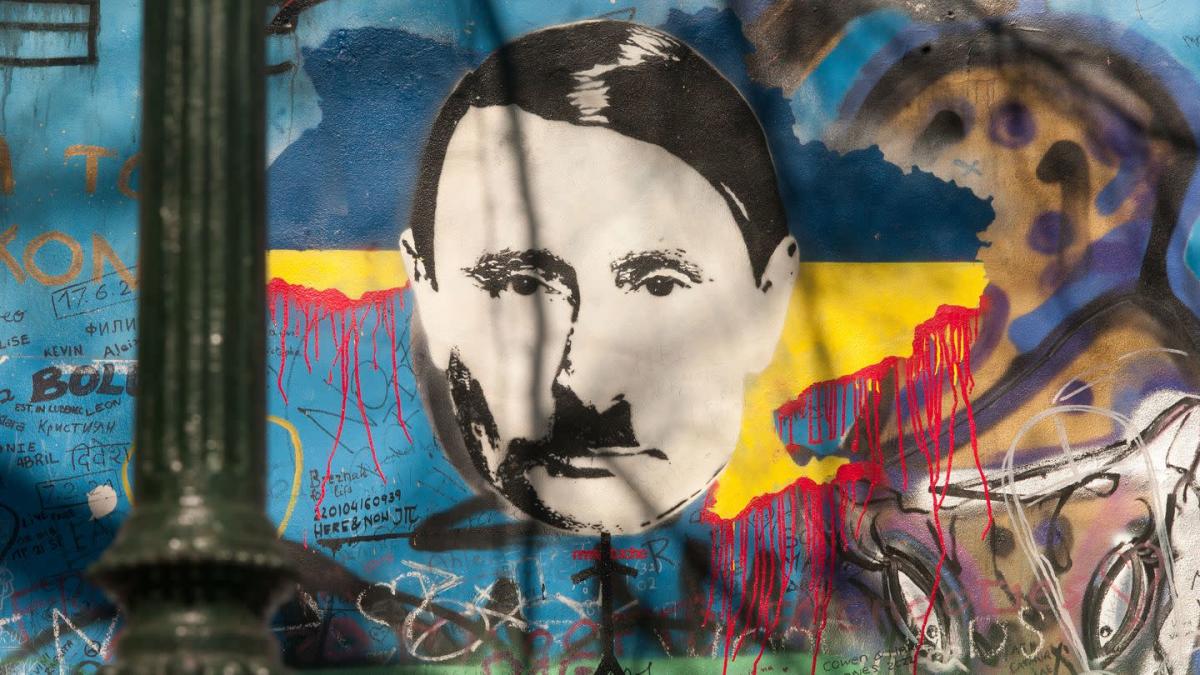 Putin is not a new Hitler. However, the well-known Holocaust researcher Götz Aly recognizes certain behavior patterns. He also explains why Putin speaks so often about Ukrainian neo-Nazis.

Berlin: Comparisons with the Nazis always backfire. That is a basic rule of politics. And yet, it is violated over and over again.

In 2014, even one of the most experienced German politicians, then Finance Minister Wolfgang Schäuble, was drawn to such a comparison. With a view to the annexation of Crimea, the Ukrainian Black Sea peninsula, ordered by Russian President Vladimir Putin, the CDU politician said: “Hitler has already seized the Sudetenland with such methods, and much more.”

Similar statements came from former US Secretary of State Hillary Clinton and the heir to the British throne, Prince Charles. Four years later, Boris Johnson, then foreign secretary, caused a stir by saying that Putin would capitalize on the upcoming World Cup in Russia as Adolf Hitler blew up the 1936 Olympics in Berlin. Since the beginning of the Russian attack on Ukraine, these types of comparisons have been heard more and more frequently. Putin is said to be almost like Hitler. Is there something to that?

Historian: The comparison is absolutely inadmissible

There is a consensus among historians that equating Putin and Hitler is absolutely inadmissible. Hitler was primarily responsible for the Shoah, a crime against humanity unprecedented in its radical concentration and goal-oriented organization. Six million European Jews were murdered in three years. Furthermore, Hitler started World War II with at least 60 million dead. These are completely different dimensions to any of the crimes Putin can be accused of.

President of Russia: Putin follows these people on Twitter

But: “Comparing does not mean equating”, as historian Heinrich August Winkler makes clear in an article for “Zeit” entitled “What connects Putin with Hitler”. In historical research, comparing always means also resolving differences. When this happens, it is an accepted scientific method. It is extremely difficult to extract concrete lessons from history. But at best, such a comparison can reveal certain patterns that help assess current events.

Expert believes the parallels are legitimate

Götz Aly is one of the most renowned Holocaust researchers and the author of pioneering works such as “Why the Germans? Why the Jews?” He also emphasized in an interview with the German Press Agency: “Hitler and Putin can only be compared to a very limited extent. That has to be made clear. But I think it is legitimate to name certain parallels.”

For him, this includes the preparation and justification for war. “Hitler also deployed huge troops, while at the same time assuring himself: “The Führer wants nothing but peace.” Hitler justified the attack on Poland with the protection of Germans abroad, who are protected from – fictitious – the horror”. Putin bases his war of aggression on the lie that he must end a genocide against the Russians in Donbass, in eastern Ukraine. Just as the Russian state media now constantly whitewashes the war in Ukraine as a “special military operation,” Propaganda Minister Joseph Goebbels admitted on September 1, 1939 the instruction not to use the word “war” but always to speak of a ” counterattack” to a Polish attack.

Historian Winkler (“The Long Way to the West”) also sees “striking parallels” between the “annexation” of Austria, the annexation of the Sudetenland and the “crushing of the rest of the Czech Republic” on the one hand and the annexation of Crimea, the separation of significant areas from the Donbass and the current war of aggression against Ukraine on the other. “The procedural analogy is striking,” writes Winkler in the “Zeit.”

“But the parallels go much further. Even as a ‘historian’, that is, as a politician with a history, Putin comes across as a learned student of Adolf Hitler.” Putin is also historically trying to back his goal of restoring a so-called ancient empire. Winkler is referring to Putin’s essay “On the Historical Unity of Russians and Ukrainians” published in 2021. Just as Putin calls for a Russian zone of influence, Hitler and the Nazis also referred to a “prohibition of intervention by non-regional powers.” “, for example, in Czechoslovakia.

Winkler is also reminded of Hitler by Putin’s diatribes against so-called “neo-Nazis” and “drug addicts” in kyiv. Aly sees it similarly, but at the same time urges caution: “Of course it is completely absurd for Putin to claim that neo-Nazis are in the kyiv government.” But: “As in Russia, there are also very hard right radicals in Ukraine. You should not ignore this problem, especially in Germany. The biggest Ukrainian Nazi collaborator and anti-Semite, Stepan Bandera, now has 40 monuments in Ukraine. “You have to To be clear: after the Germans invaded the Ukraine in 1941, collaboration was widespread there. The Germans had 200,000 Ukrainian auxiliaries, of whom at least 40,000 directly participated in the shooting of Jews. This collaboration progressively diminished towards the east. In eastern Ukraine It is already very low, it hardly existed in Russia today: there was no Russian auxiliary police for the German occupiers. This historical background should not be denied. That is what Putin alludes to, at least subtly.”

What worries Aly most is her impression that Putin is burying himself more and more and disconnecting himself from reality: the stone face, the strangely long tables not only when he speaks with guests from foreign states but also with close associates, the scolding audience of their advisers. The strange appearance, apparently jovial, with the stewardesses. And then his rhetoric, in which Russia appears more and more as the victim of a Western world conspiracy: “That sounds crazy, it’s something from Charlie Chaplin’s movie ‘The Great Dictator’. We are dealing with a person who has become into an autocrat and tolerates little contradiction. Alternative leaders are eliminated. There are no visible successors in the governing apparatus.”

Italian dictator Benito Mussolini was deposed by the Fascist Grand Council in 1943. According to Aly, that would not have been possible in Nazi Germany. And for Putin’s Russia too, it is currently hard to imagine that an alternative would form within the state leadership: in post-Soviet Russia there is no longer even a politburo. The state is completely oriented towards Putin as a person.

Putin is a lonely decision maker. And he is someone who cannot afford to show weakness. “This constellation can lead to irrational radicalization and increasingly obsessive inflation of enemy images,” says Aly. “He Now he has already used a phrase like ‘final solution to the Ukraine question’ in a speech. That sounds dangerous.” Winkler also writes that the “self-stylization of becoming the victim of powerful enemies” connects ultranationalists like Hitler and Putin.

However, Aly strongly cautions against the claim that “Putin is the new Hitler, you can’t talk to someone like that.” Instead, all channels of communication must be kept open: “I also have my problems with the attack on Schröder. Gerhard Schröder will certainly not have said: ‘Wladimir, keep it up!’ Russian Orthodox Church, Patriarch Kirill. Israel, China and India have also not joined the sanctions. Possibly, hopefully, that can strengthen their role as mediators. It’s worth keeping in mind.”

Possibilities to calm and pacify those who clearly didn’t take sides could still be useful, Aly hopes. “Because we have to contain the conflict and support Ukraine, also with weapons. But at the same time we have to work towards a peaceful solution. This is related to the hope that relations with Russia can improve again in five, ten or 20 years. .”