Aragonès challenges Sánchez with referendum: “If he is so convinced that dialogue will neutralize independence, let him set up the ballot boxes” 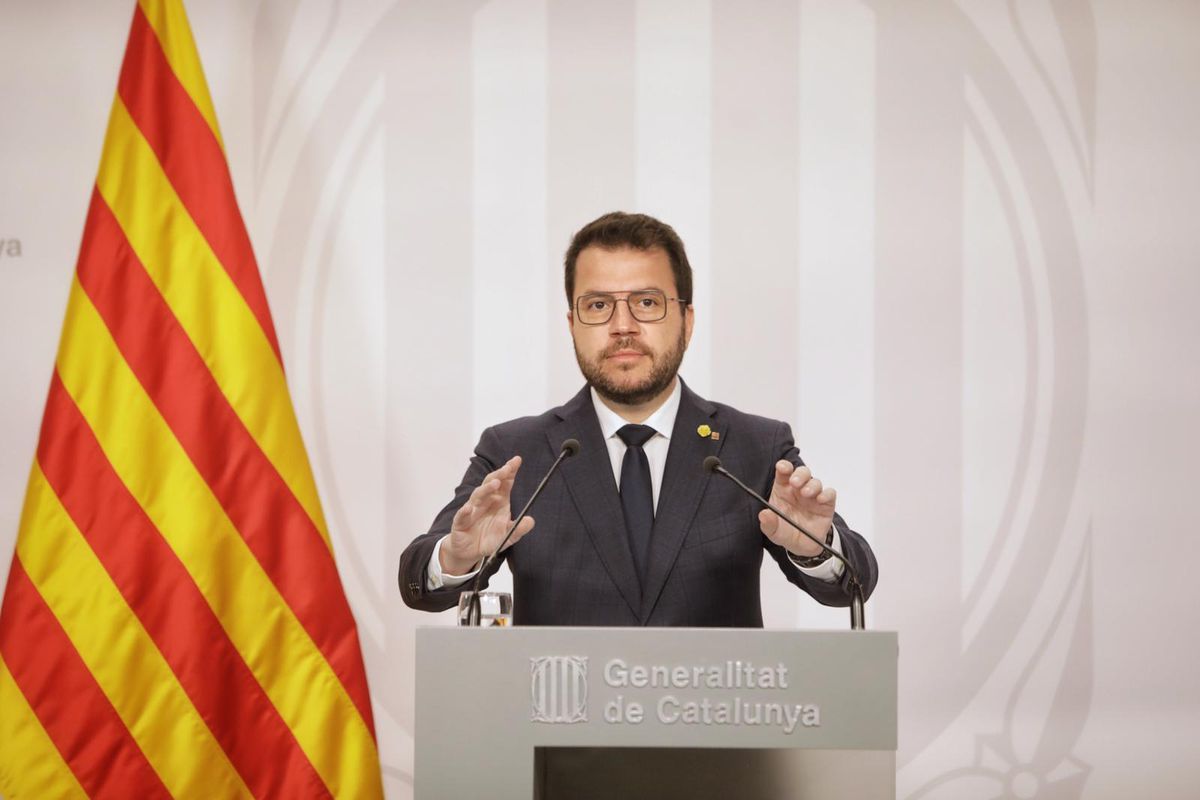 The President of Catalonia, Pere Aragonès, wanted to dismiss the political course this Tuesday by marking independence muscles and has launched a challenge to the President of the Government Pedro Sánchez. “If he’s so convinced that dialogue neutralizes independence, let him put up the ballot boxes,” snapped Aragonès, later adding, “If he doesn’t put them up, it’s because he knows they won’t win.” In a statement before the press analyzing the end of the political course, the head of the Catalan executive has positively assessed the outcome of last week’s dialogue table, but defined it as a mere starting point for Catalonia to achieve more ambitious goals of self-government.

After the conclusion of the Consell Executiu, Aragonès has predicted that the “political conflict” in Catalonia will continue as long as “citizens cannot vote” and indicated that their goals remain “amnesty and self-determination”. “We remain convinced that the citizens of Catalonia have the right to decide the future of this country,” Aragonès said, putting self-determination back on the agenda after being parked at the dialogue table last week. That president He has stressed that there have been rapprochements between the two governments, such as a commitment to “de-justice” the conflict, and has indicated that legislative changes need to be made by the end of the year, but without explicitly mentioning reform of the crime of sedition mention.

“Nobody should ever go back to prison or exile, not that their homeland and property is in danger because of their political commitment,” he said, urging Prime Minister Pedro Sánchez to secure sufficient parliamentary majorities to bring about these legal changes. Aragonès has been reluctant to clarify four times whether ERC would make its support for the state budget conditional on the achievement of this agreement.

with his speech president He wanted to justify his commitment to the dialogue’s strategy, echoing criticism from his government partner Junts and the CUP, who judged its results to be poor. After acknowledging the difficulties associated with independence demands, Aragonès called for avoidance of harassment speeches: “If someone had told us four years ago that we were sitting with a government that recognized the existence of a political conflict, nobody would have believed it possible” . In this scenario, he has demanded that the dialogue does not stop: “We are aware that we are far away because we take the same position as on day one: self-determination and amnesty.” Not only that: it was also claimed that with “consensus and rigor” they had been able, with legislative initiatives, to stop the application of the judgment of the Supreme Court of Catalonia (TSJC), which banned 25% of the teaching in Spanish in the classroom .

The appearance of Aragonès after the government meeting marks a turning point in Catalonia’s political agenda. The Laura Borràs case, the opening of hearings on the division of public contracts in favor of a friend of hers and her subsequent suspension as Speaker of Parliament, has filled the last few weeks with excitement and further strained the pact of convenience between Esquerra and Together in Government. Junts is very critical of Esquerra’s pacist will and has scorned the initiatives that emerged from the July 27 meeting. However, Aragonès has denied any hint of a crisis, claiming the “cohesion and strength” of it. He has stated that his goal is to have the 2023 accounts approved with the Commons and the CUP.

Pedro Sánchez’s executive pledged to formally request that the use of Catalan be allowed in the European Parliament. And at the same time, a reform of the Senate order is being pushed ahead in order to expand the use of Spain’s co-official languages. The government also expressed its support for the new Catalan law on languages ​​in education, adopted in Parliament with the support of the Social Democrats, which implemented the application of the TSJC ruling that required 25% of teaching to be in Spanish.

- Advertisement -
Share
Facebook
Twitter
Pinterest
WhatsApp
Previous articleCheaper PS5 and Xbox games: 3 for 2 campaign at Media Markt and Saturn only for a short time
Next articleThe Arbo fire, the largest of those that are not extinguished in Galicia, remains active