Arab Newspapers: Ukraine War Pushes Europe To Get Its Cards In Order 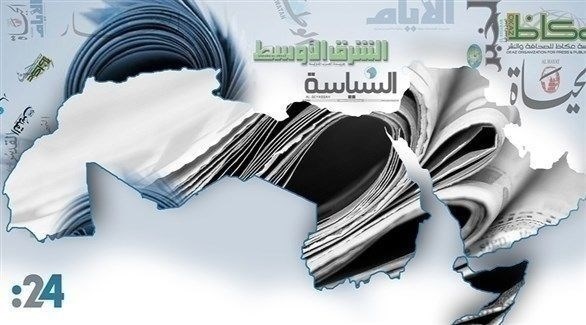 One month after the Russian invasion of Ukraine, Europe is today in a big bind as it faces a decisive turning point in its policies of coexistence with Russia, which has led it to reconsider its calculations and its position on Moscow, in addition to warning on the need for a common defense policy.

And according to Arab newspapers broadcast today, Friday, Europe begins the arduous journey of seeking alternatives to Russian oil and gas, at a time when the world economy is witnessing an unprecedented post-war catastrophe.

Russian and American failure
Writing in the London-based Al-Arab newspaper, Khairallah Khairallah said: “A full month after the Russian invasion of Ukraine, an invasion that turned out to be no picnic, it is possible to say that a man named Vladimir Putin changed the world.” and it eliminated all the advances that followed the collapse of the Soviet Union and its communist parties, scattered throughout the world, especially in the countries of Eastern Europe.

He added: “Putin’s military campaign against Ukraine made the whole of Europe reconsider its calculations and its position on Russia, as Europe finally realized the need to have a common defense policy and, above all, Europe began to think how to get rid of its dependency on Russia. As for Russian gas, all European countries, including those far from Russia, feel threatened.

And he continued, “Vladimir Putin managed to change Europe completely. Every European country, including Sweden, has to think about how to deal with a potential Russian threat, and whether to join NATO, and Germany itself changed, as it allocated 100 billion euros to strengthen the capabilities of its armed forces in the next years”.

The writer noted: “What Europe has discovered in light of the Ukraine war is that it cannot trust the United States, whose successive administrations have failed to address the world’s problems since the fall of the Berlin Wall in November 1989.” .

He added: “It is not only Europe that is reconsidering its calculations in light of what the Ukraine war revealed. It is now necessary for all Arab countries to reconsider their relationship with the United States and whether it can be trusted as a historical landmark”. This is due to two reasons, the first being the absence of any American desire to understand the peculiarities of the allies, and the second being the inability to understand the dimensions of the Iranian expansionist project in the region, a project that threatens the all the peoples of the region, as evidenced by what he did in Lebanon, Syria, Iraq and Yemen.

war in name
For his part, Elias Harfouche told the Asharq Al-Awsat newspaper: “They avoid calling it (the world war), but wherever they reside on this globe, it will be difficult for them to ignore the effects of the war that is taking place.” place in that part of the map on the borders of Eastern Europe, in the area between what was left of the Soviet Union and what the western map expanded in the wake of that collapse.

He asked: “How can there not be a world war and three summits to be held in the European capital Brussels in one day for NATO, the European Union and the Group of Seven industrialized countries, all to discuss the best ways to respond to the Russian president and try to contain the war and prevent a bigger catastrophe than the one happening in Ukraine?!”

He added: “Directly or indirectly, all countries are involved in this war, both in politics and in the economy, the media and in the conduct of international relations. The effects of the war are very clear, although just a month ago.” It has happened since its outbreak, and rarely has the decision of a single person been able to cause something like this.” This change, which cannot be overstated, affects all of humanity.

And he continued: “A war that united the world with measures close to what the Corona pandemic did, with that pandemic, the discovery of vaccines dispelled the fear of fate and opened a window of hope, but the Russian-Ukrainian war, that it became logical to be called the Russo-Western war, unfortunately it does not inspire so much hope, since it cannot bear that none of the parties involved in it have the ability to accept defeat because it means the end of one camp and the victory of another “.

The writer concluded his article by saying: “However this war ends, the confidence that humanity used to rest on in its future will not return to the same content as it was, and the nature of international relations that existed after the end of It was said that the Cold War had turned forever”.

Reshaping Europe
For his part, Samih Saab pointed out in the Lebanese daily An-Nahar that the Russo-Ukrainian war had caused, and continues to cause, important changes in the European policy adopted since the end of the Second World War.

He said: “The hostility towards Russia that many of the continent’s leaders had considered at one point buried forever with the end of the Cold War, the fall of the Berlin Wall and the dissolution of the Soviet Union, is suddenly reawakening after that Russian tanks crossed the border with Ukraine on February 24. “Past.”

He added: “The transformations in Europe begin with the arduous path of searching for alternatives to Russian oil and gas. The task is not easy and its impact varies from country to country. There are tireless efforts to import gas and oil from the United States. Gulf Arabs, especially from Qatar, and there is an urgent European desire to get there as quickly as possible. That it is possible to revive the nuclear deal with Iran in Vienna, so that sanctions on Tehran can be lifted, so that Iranian gas and oil can return to European markets after the release of American sanctions, and there will also be a significant dependence on US oil and gas.

The writer pointed out that the search for alternative sources of Russian energy has a price, so the wave of inflation and price increases in the countries of the European Union will be part of the price that these countries will pay in the years, if not in the years to come. next months.

He noted that “the transformation does not stop at the limits of the search for alternative sources of Russian energy, since many European countries will be forced to increase their defense spending to more than 2% of gross national product, as Germany did, and other countries will follow the example of Germany, how they do not consider that the Russian enemy is at the door”.

nuclear side
As for the Al-Khaleej newspaper, Nasser Zaidan referred to the nuclear aspect of the repercussions of the Russo-Ukrainian war and said: “The United States has an interest in limiting the polar conflict with an opponent, such as Russia, because it realizes the dangers of nuclear proliferation, and this restriction benefits her because it pushes her European allies to discipline themselves to line up behind her to confront the Russian threat.

He added: “The American and Russian poles are playing on the Ukrainian scene with a clear strategic background. Moscow realizes the importance of Ukraine for its security, its agricultural economy and its Slavic demographic extensions. Washington knows the value of political investment and military in the Ukrainian environment influences this space.

The writer mentioned that Russian President Vladimir Putin’s threat to use nuclear weapons if his country is exposed to danger; He asserts that the strategic aspect has a great influence on the ongoing war in Ukraine, and Moscow cannot, through political, propaganda and financial means, deal with the delinquency of some of the new leaders in Ukraine, and entered into the army. after it was assured that Washington would not intervene militarily to defend Ukraine.

He continued, “Russia reached into the most important Ukrainian nuclear power plants, because it feared the ability of these plants to produce a nuclear weapon, and what was shown on the television screens of the facilities that were working on the production of biological and chemical weapons with American technology may be true, because the Ukrainian leadership made no secret of its intentions.” Possessing means of deterrence against Russian expansion, including the request to join NATO, an ambition that is greatly exaggerated, and Russia cannot allow that it be achieved even if it is forced to evade the restrictions imposed by the START-3 nuclear treaty.