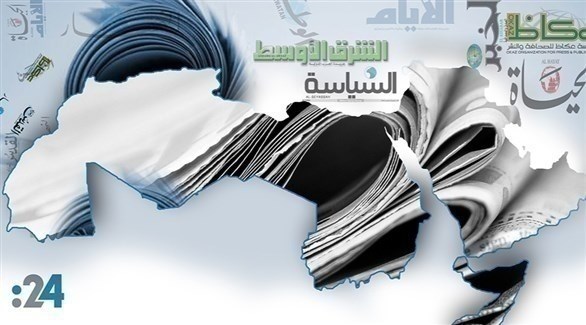 As soon as countries emerged from the Corona epidemic disaster and tried to deal with the inflationary wave that resulted from this humanitarian and economic disaster, the world faced a new disaster due to the Russo-Ukrainian war, and the global economy entered. a dark tunnel whose end no one knows.


According to the Arab newspapers published today, Monday, the Ukrainian crisis has now become a serious threat to world food security, after the drop in grain and energy exports due to the war between Russia and the West, which caused a rise in energy prices to record levels, as well as an increase in food prices to unsustainable levels.

humanitarian disaster
The writer Abdel-Wahab Badrakhan said that wars are not just a military battle and opportunities to test advanced weapons, nor are they the result of failed diplomacy, but especially the result of decisions that cover up a conscious and preconscious disregard for humanitarian crises. . which will necessarily result from them.
Badrakhan explained in his article in the “Al-Ittihad” newspaper that the Corona pandemic has brought the world to a severe test from which it has not yet recovered. Any planning of any act of war, let alone contemplation.

Badrakhan noted that individuals, families, communities and countries are quickly beginning to feel the repercussions on their income and way of life. Once again, globalization manifests itself in all its facets, with prosperity and setbacks and setbacks, such as climate change.

He said: “From Central Asia to the Middle East and Africa, there is today an obsession called: food security. The Secretary-General of the United Nations did not hesitate to warn of a hurricane of famine, and if the war continues, the markets will lose more than a quarter of the supplies of wheat, grains, oils and other living materials this year. of Russia and Ukraine, and if it stops soon, as expected, the regularity of production and export operations will not quickly return to what it was, due to the rights of the exit phase of the war. sources to compensate for what is lacking in the markets, but prices are skyrocketing, and with it the cost of energy.

He concluded his article by saying: “The influx of Ukrainian refugees into Europe and the financial pressure it poses were expected to be reflected in the efforts of the United Nations to raise the $4.3 billion requested to address the humanitarian difficulties in Yemen, as that the pledges amounted to only 1.3 billion. The next stage seems more difficult. In light of the global food crisis, in addition to Yemen, there are also serious social situations in Syria, Lebanon, Sudan and Palestine.”

the ghost of immigration
For his part, the writer Peter Gatrell said that another great wave of migration is unfolding today, with at least two and a half million Ukrainians fleeing Russian bombing to all parts of Europe, while nearly two million Ukrainians are displaced. within Ukraine. The whole situation appears to be in a tragic state of turmoil, with families torn apart, people migrating home, and lives lost.

In his article in the Asharq Al-Awsat newspaper, he explained that this fact offers little consolation or solace to people seeking refuge and safety in the midst of a brutal war. However, an important issue remains behind the fact that Europe and the world have faced the challenge of absorbing large numbers of refugees before. In addition, large refugee movements stimulated the adoption of more humane and equitable approaches to refugee settlement.

Considering that at least 82.4 million people were forcibly displaced by the end of 2020, these efforts are worth remembering. In the past, change often came from the womb of tragedy. Today, as we welcome Ukrainians across the European continent, we can see a ray of hope for a better future.

Gatrell stressed that Europe was largely welcoming to Ukrainians fleeing the horrors of war. EU member states agreed to grant them the right to live and work within the European bloc, as well as access to social care and education. This immediate recognition, of course, is very welcome and is notably more generous than what is available to Syrians and other asylum seekers imprisoned in the squalid camps of Greece. The warm welcome to the Ukrainian refugees contrasts with the racial hostility they face on Ukraine’s western border towards Africans and Asians trying to escape the violence ravaging the country.

world war of hunger
While the writer Hossam Miro spoke in the Al Khaleej newspaper about the global economic crisis that the world is experiencing, and said that the prices of energy and its derivatives jumped like crazy. About a year ago, the world was awash in surplus oil, and the search was on for possible reservoirs of tens of millions of tons of surplus oil. The “Corona” pandemic slowed down the movement of the world economy and trade , but now, a large part of the countries of the world, including the countries of the European Union, suffer great problems in securing their oil and gas needs, especially since the sanctions that affected Russia, and that included multiple aspects, including the Swift financial transaction system, had an immediate impact on the rise in energy prices and the occurrence of a shortage in supply, which strongly threatens various industries of transportation, heating and all energy-related activities.

Miro underlined that the world is terrified, not only seeing the number of victims falling in battles, or those fleeing from his oven, but also seeing, perhaps more intensely, the effects that will affect global food security, as that Russia is the world’s leading exporter of wheat, with a rate of more than 18% of the wheat imported by the countries of the world combined, and its government has decided to stop the export of wheat and cereals until the end of next June, and Ukraine occupies the fifth in the world in the export of wheat, and has also stopped the export of its agricultural products, and many countries are actually expected to suffer shortages of wheat imports in the first place, and a significant increase in supply prices, which in reality means a strong blow to the first food “bread” of the poor and makes us hope, according to various readings, that the world will witness new uprisings, led by hungry peoples. laughs.

He pointed out that the indicators of global inflation (increase in the prices of raw materials) began to rise months ago, as an expected result of the economic problems left by the “Corona” epidemic, since all economic sectors were affected by it. , but some sectors were affected almost completely. , such as the tourism sector, which is a sector considered essential in some countries, and forms the backbone of the economy in them, and the agricultural sector has also been affected by it in other places, such as in some countries in Europe, especially Germany, where a huge labor shortage was seen in this sector, but the ability to reduce the level of inflation crises varies between countries, where financial surpluses play an important role in this aspect, in addition to governance, and the experiences accumulated in crisis management.

He also highlighted that the current world war on hunger goes beyond the countries affected by the military war, since it is directed towards the poorest countries, segments and individuals. reached its highest level, as cereal prices exceeded their levels in 2007 and 2008.

- Advertisement -
Share
Facebook
Twitter
Pinterest
WhatsApp
Previous articleWill the Belarusian dictator intervene in the war?
Next articleLearn about the daily routine of the Russian president… from when he wakes up until he falls asleep