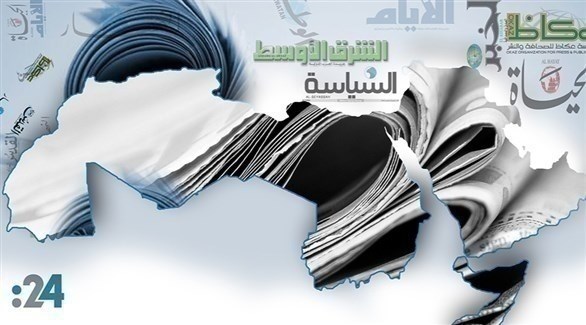 Oil prices continue to rise, affected by the war in Ukraine, Western sanctions imposed on Russia, the third largest energy producer and the largest exporter to European markets, in addition to the continuous attacks by the Houthi terrorist militia against oil facilities in Saudi Arabia. Saudi.

According to the Arab newspapers issued today, Tuesday, the continuous rises in energy prices cast a shadow over other sectors of the economy, causing a significant increase in prices and inflation levels.

price crisis
In Asharq Al-Awsat, says writer Walid Khadduri, it is clear that we are facing a new long-term conflict between Western countries and Russia and its economic effects on both sides, on the one hand; And the extent of its repercussions on oil markets and the world economy, on the other hand. Despite future uncertainty, available indicators indicate that the world faces a difficult geopolitical stage for the foreseeable future. In view of the important role of Russia in various fields of energy export.

To prevent the continued rise in energy prices, Al-Khadduri says that most of the data provided by the Organization of the Petroleum Exporting Countries and its member countries indicates the need and importance of preserving Russia’s role in the group and work on how to absorb Russian oil on world markets. The ban is a “Western” decision, not an “international” one; It was not approved by the Security Council, as is the case with Iran.

oil gun
On the Independent Arabia website, writer Anas bin Faisal Al-Hajji says that the main problem with the oil weapon is that its use by the United States, European countries or Russia will negatively affect all other oil producing countries, even those who have nothing. nothing to do with the problem at all. The policies of consuming countries will focus on reducing oil demand in various ways, and this in turn reduces oil prices or refrains from increasing oil prices, and this reduces the income of all producing countries.

Hajji adds that, as happened in the past, oil will become the censorship on which the failure of its policy is commented, and then public opinion will turn against oil and the oil states and their people, even though they have nothing to do with the Russians. Ukrainian dispute. The other problem is that there are very poor countries that started their oil journey only recently, and suddenly they will find themselves in a frenzy of hostility towards them and their oil, as a result of the Russian-American-European differences. The best example of this is Guyana and Suriname, which are historically among the poorest countries in the world.

saudi message
Observers tell the London-based Al-Arab newspaper that Saudi Arabia wants to take advantage of global interest in increasing oil supply, especially US pressures that want Gulf states to increase production, to show that its war against the Houthis is a war. to protect oil production and its export routes, and to represent the world in this task, and for Washington to leave the box of negativity by treating the bombing of oil facilities as if it were none of its business.

According to observers, Saudi Arabia has found in the global interest in the oil issue an opportunity to send a message to European and American citizens that if they want the Kingdom to save them in the current crisis with Russia, they must put pressure on their governments. . review the position on the war in Yemen and modify its position on Iran and its nuclear program and the enthusiasm shown by some of those countries to lift sanctions on Tehran.

The newspaper said that Washington, as a gesture to absorb Saudi anger, has begun allowing Riyadh to install the Patriot system after an earlier delay.

The Saudi demand for more Patriot system units has long been a point of contention between Washington and Riyadh, much to the chagrin of Saudi officials. The officials considered that the provision of Patriot interceptor missiles would not solve the problem of the tense relationship between the two countries. The United States hopes that Saudi Arabia will pump more oil to mitigate the rise in oil prices due to the Russian intervention in Ukraine.

legitimizing terrorism
On the other hand, writer Sawsan Al-Shaer in the Bahraini newspaper Al-Watan says that while the Houthi militia, Yemen’s branch of the Revolutionary Guards, launched their missiles at Jeddah and an oil refinery, causing damage that will disrupt the production for several days, the Biden administration congratulates Iran and wants to remove the Revolutionary Guards from the terrorist list, and wondered if this administration realizes how far it is from its allies in the Gulf.

says Al-Shaer, wondering if this US administration will put up with what the Iranian Revolutionary Guards will do in the Bab al-Mandab Strait. And its reflection in international peace and security, and in energy prices?

And he adds: “Biden is literally about to be the number one financier of terrorism, it is not me who says that, it is Ted Cruz, the Republican congressman from Texas, he told him in a tweet several days ago, specifically on March 18 , after the news of the imminent signing of the nuclear agreement with Iran, and the removal of the Revolutionary Guards from the terrorism list according to the Iranian status, arrived.”