Apple Watch 8 announced: the sale of the noble Apple Watch 7 models has begun 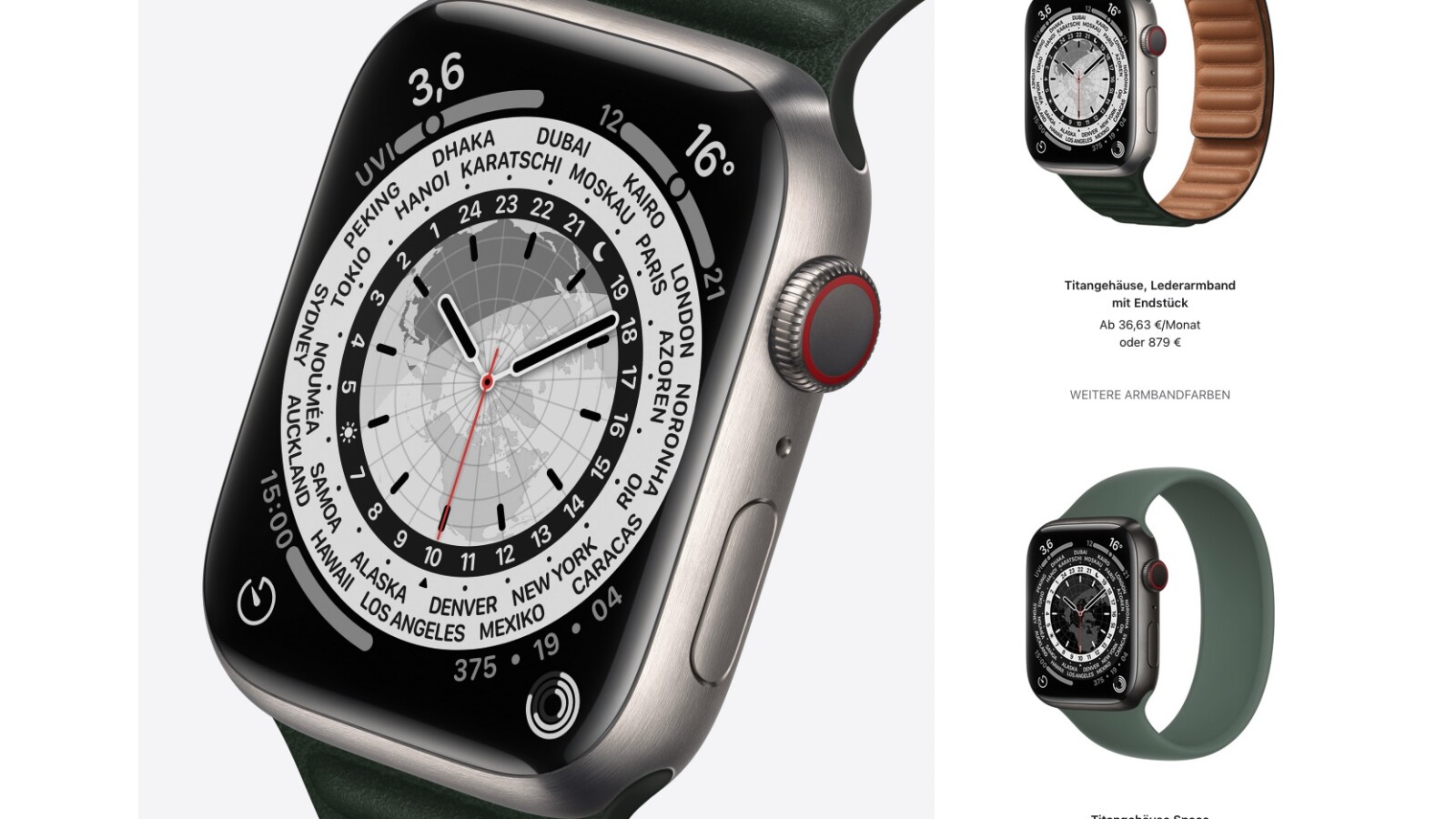 In all likelihood, Apple will introduce the Apple Watch 8 along with the iPhone 14 in the fall. The first unmistakable sign of this is already here: Apple has begun to remove delivery of some Apple Watch Series 7 variants from the program.

Many versions of the Apple Watch 7 with a titanium case are also currently listed as unavailable in the German Apple Store. Apple’s smartwatches, which cost more than 800 euros, technically do not differ from variants with aluminum or stainless steel cases, but should not be among Apple’s best sellers due to the high price.