Ansar crime.. New details about the murder of a mother and her three daughters in Lebanon 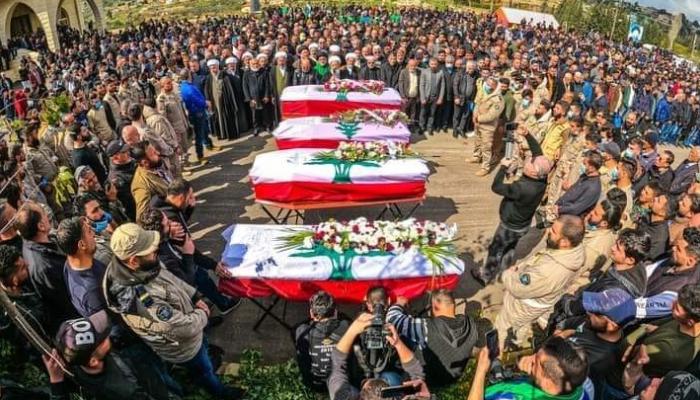 The Lebanese city of Ansar mourned the bodies of “Basma Abbas” and her three daughters, victims of a horrible mass murder, with the participation of a large number of inhabitants.

The mother and her three daughters were killed in a gruesome massacre committed by a suspect named “Hussein Fayyad” and his partner of Syrian nationality.

The popular funeral procession departed from the family home, and the four coffins were carried in the palms of the hands, and all of them were drawn with the Lebanese flag. The campaign of floral offerings and photographs of the victims of the funeral was presented. Cars and members of the “Islamic Explorers of the Message and the Islamic Health Authority participated, and the funeral procession went through the streets of the city amid great anger.

Abu Ahmad Safawi delivered a speech on behalf of the family of the victims and the people of Ansar, in which he affirmed the rejection of “the law of the jungle and any act of retaliation and irresponsibility”, emphasizing that the family “is under a roof ”. of the law and affirms his confidence in the judiciary, and demands just retribution and the death penalty for the perpetrators of the crime and their accomplices.”

He added that “we urge the Judiciary to reveal the whole truth and speed up accountability for the perpetrator,” calling for moderation and awaiting the outcome of the investigations, because “small and large families and community activists confirm compliance with the law”. and justice.”

Attention now turns to the Intelligence Division’s investigations into the perpetrator, coinciding with the attempted arrest of his partner in crime, a Syrian who fled to his country.

There were voices that condemned what they described as “negligence and carelessness” on the part of the authorities and the judiciary, since the investigation of the crime that was carried out in the same town as the victims took a long time for criticism.

Lebanese media quoted investigative sources as saying that investigations by the Information Division of the Internal Security Forces prove Hussein Fayyad’s acknowledgment of the details of his action, which began with the planning a day before the implementation, and he and his partner went to the cave where their victims were killed.

The two partners dug graves for four people, used tools in a nearby workshop and brought home a hunting rifle owned by Fayyad, who invited the mother and her three daughters to dinner at a restaurant in the city the next day. shooting. , and from the house he led them to the cave where Hussein Al-Ghannaj was waiting for Fayyad Hajjah handing him the money he owes him. 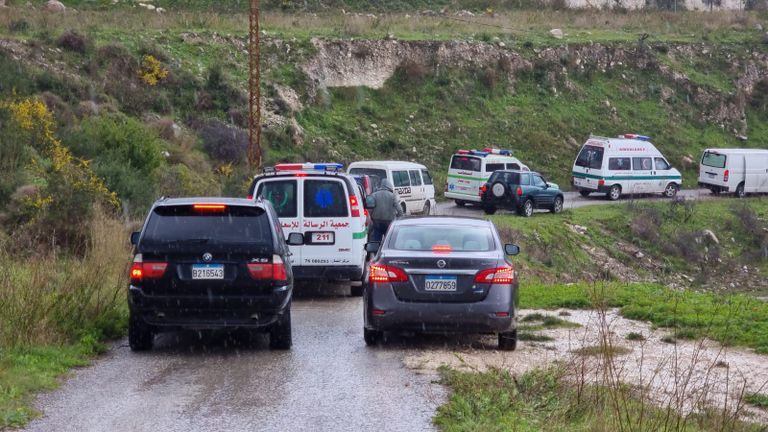 According to the testimony of the killer to the Information Division obtained by the investigator, Fayyad asked the four victims to explore the cave to identify it inside because it was suitable for walking, and when they went to inspect the cave, Fayyad pushed two of them. victims inside, and his partner helped him by throwing two victims from a ladder into the cave. His partner entered and shot them all with the hunting rifle that he had previously equipped to commit the crime.

Hussein, according to his testimony, hid for more than two hours in the vicinity while his partner assured that the traces of the crime would be hidden inside the cave, and concrete was poured over it.

The sources added that at the end, the two defendants moved to Sidon, where Fayyad smashed the victims’ phones and threw them into the sea, with a blood-stained jacket, and returned to the town as if nothing had happened.

On Sunday night, the Lebanese Army Command announced, in a brief statement, that an Intelligence Directorate patrol in the Bekaa region had arrested the Syrian (HG), accused of participating in the execution of the assassination of Basma Abbas and his three daughters in the city of Ansar – the south.

The forensic doctor who examined the bodies of the victims of the Ansar crime assumed that there was no organ trade in the incident, after rumors circulated in the country about the target of the crime. 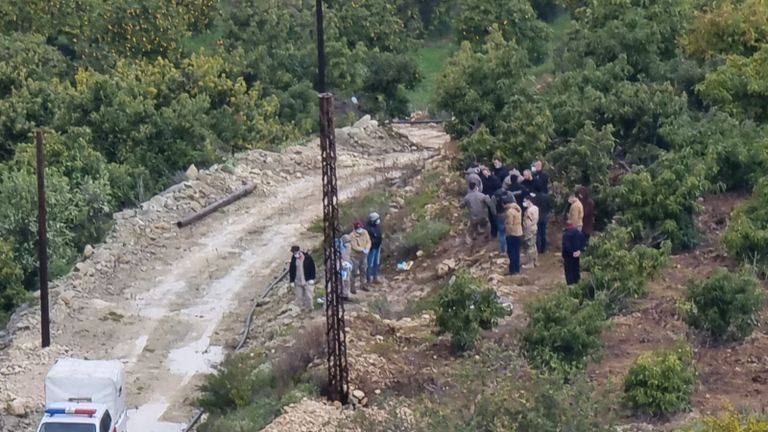 Dr Ali Deeb said: “There is no trade in organs in the case of the four murdered women from Ansar city because the bodies are complete and there is no trace of any surgery. The X-rays we did did not show that at all.”

It pointed out that “the girls and their mothers were not handcuffed nor did they have signs of torture on their bodies. Rather, they were shot with a firearm, some directly in the face and some in the chest at close range.”

He stressed that “according to the analysis of the corpses, the massacre occurred more than twenty days ago, although placing them in a cave contributed more to the bodies decomposing faster, especially because stones and stones were randomly placed on top of them. rubble, resulting in fractures. Concrete was also placed over these stones to hide the “crime” cairns.

In the first days of this month of March, Basma Abbas, mother of three daughters, Manal, Rima and Tala, disappeared from the southern town of Ansar, without knowing her fate. They were last seen in a car with a young man from the Fayyad family.

After the head of the family, Zakaria Safavi, informed the security authorities that his family had disappeared, the Southern and Nabatieh intelligence divisions carried out extensive investigations.

The Nabatiyeh Prosecutor’s Office summoned the young man for questioning, claiming that he was the last person they had seen, and he was released after investigations.