Another poll sees SPD in Saarland ahead 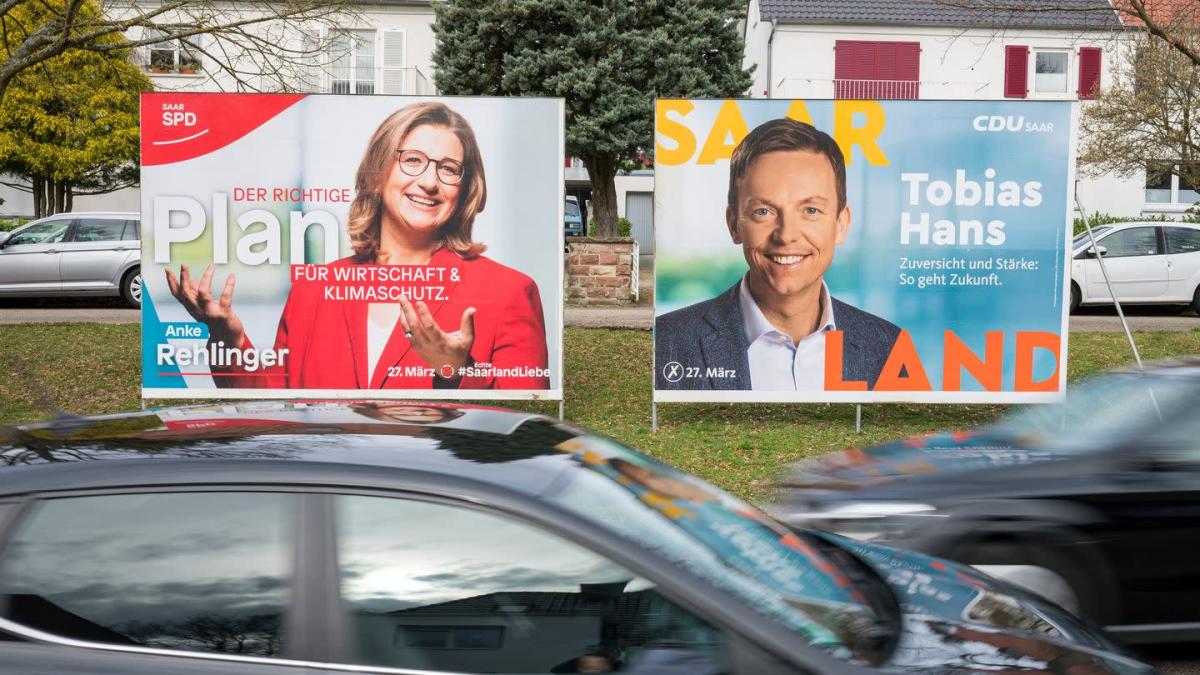 Berlin (dpa) – One week before the state elections in the Saarland, according to another poll, the SPD is clearly ahead of the CDU of current Prime Minister Tobias Hans.

In the Saarland trend, which the opinion research institute Insa compiled for the “Bild am Sonntag”, the Social Democrats with their leading candidate Anke Rehlinger reached 39 percent this week. The Union reaches 31 percent. The Greens and the FDP each have 5 percent, the AfD 6 percent of the vote.

The Left Party may not re-enter the state parliament after Oskar Lafontaine left the party, it is at 4 percent. However, it is questionable to what extent Lafontaine’s declaration of resignation on March 17 influenced the results of the poll. The survey was conducted from March 14 to 17.

In a direct election, according to Insa, 37 percent of Saarland inhabitants would choose current Economy Minister Rehlinger as prime minister, and 29 percent would choose Hans.

On March 27, a new state parliament will be elected in Saarland. Germany’s smallest state has been governed by a grand coalition led by the CDU since 2012. The CDU has been the Prime Minister in the state since 1999.

Also in an extra ZDF political barometer, which was published on Friday, the SPD was clearly ahead of the CDU with 30 percent to 39 percent. An ARD pre-election poll published Thursday night (“Saarlandtrend”) saw the SPD at 37 percent and the CDU at 31 percent.

Electoral polls are generally always subject to uncertainties. Among other things, diminishing party ties and increasingly short-term voting decisions make it difficult for opinion research institutes to weigh the data collected. In principle, polls only reflect opinion at the time of the poll and are not a forecast of the outcome of the election.