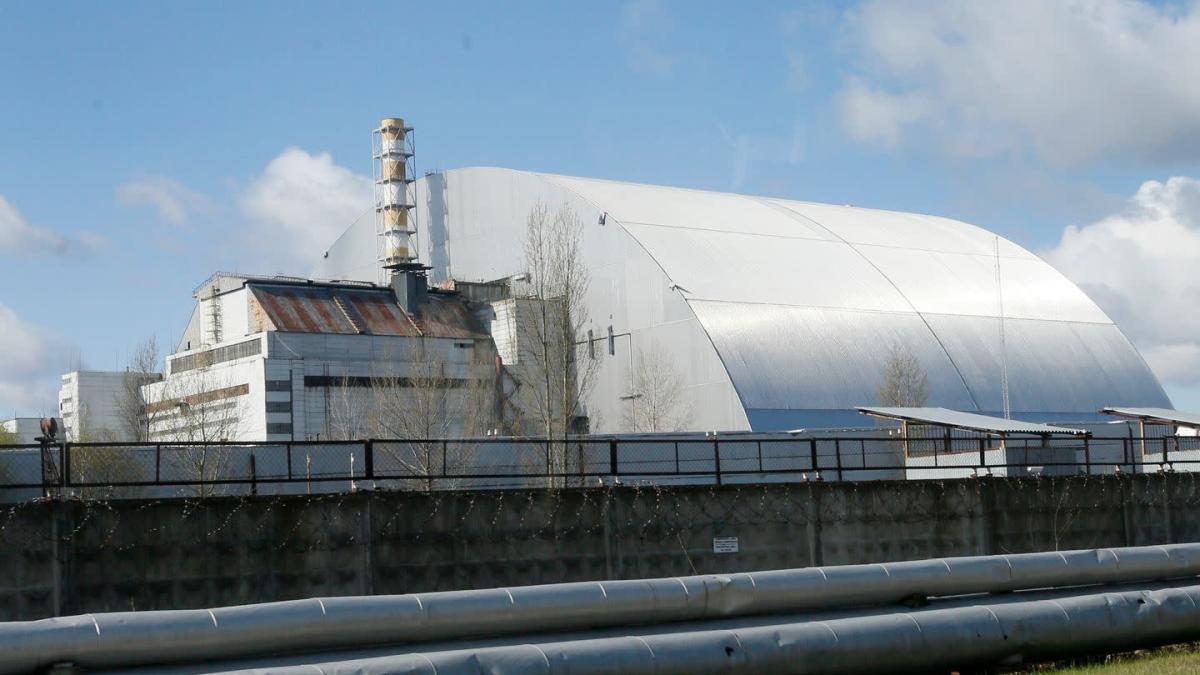 Vienna (AP) – The Ukrainian Chernobyl nuclear power plant occupied by Russian units is cut off from electricity. The Ukrainian grid operator Ukrenerho announced that power lines had been damaged by shelling.

Combat operations north of Kiev currently prevent any repair work. Russia, for its part, blamed Ukrainian “nationalists.” The Moscow Defense Ministry announced that the plant should be reconnected to the power grid with the help of neighboring Belarus.

IAEA: Not a critical issue at first

While Ukrainian Foreign Minister Dmytro Kuleba has warned of a possible nuclear accident, the International Atomic Energy Agency (IAEA) does not believe a critical problem is looming in Vienna. However, the blackout adds to a list of almost daily incidents at Ukrainian nuclear facilities affected by the invasion of Russian troops.

A devastating nuclear accident occurred at Chernobyl in 1986. Radioactive waste is still stored there today. However, the spent fuel elements are in large enough cooling pools that they would dissipate enough heat even without electricity, the IAEA explained via Twitter.

The electrical supply is basically an essential safety factor for nuclear installations. “In this case, the IAEA does not see a critical safety impact.”

Chancellor Kuleba had previously warned that diesel generators could only make up for the power cut for 48 hours. “After that, the spent nuclear fuel storage facility’s cooling systems will shut down, making radiation leaks imminent,” he wrote on Twitter.

“(Kremlin leader Vladimir) Putin’s war puts all of Europe in danger.” Ukrainian authorities also warned. Cooling is not possible without electricity, and as a result, the wind could release radioactive particles that would spread across Europe.

Chernobyl to the power grid of Belarus

The severed power line is just one of many problems at the Chernobyl nuclear power plant, which is increasingly cut off from the outside world under Russian control. According to the IAEA, 210 technicians and local security personnel have been on duty for almost two weeks without a break because there were no more shift changes under Russian control.

Although they have water and food, their situation is deteriorating. Additionally, the IAEA is no longer connected to its monitoring equipment, ensuring that all nuclear material is in place.

IAEA concerned about reactors in Ukraine

Despite the differentiated assessment of the situation by the IAEA, the Viennese nuclear authority is quite concerned about the situation in Ukraine, where, in addition to Chernobyl, there are 15 nuclear reactors for power generation, three research reactors and other nuclear plants. .

According to Ukrainian sources, a training building near a reactor at the Zaporizhia nuclear power plant has been on fire for the past few days after it was bombed. In addition, since the beginning of the invasion, storage facilities and research facilities with stockpiles of nuclear material have been damaged.

No radioactive radiation was released during these incidents. However, the head of the IAEA, Rafael Grossi, has been pressing for days to quickly negotiate with the representatives of Ukraine and Russia in order to work out guarantees for nuclear facilities and avoid serious accidents. At a news conference on Monday, Grossi let it be known that the talks had not yet taken place because one or both sides had proposed a broader political agenda for the meeting rather than just technical security issues.