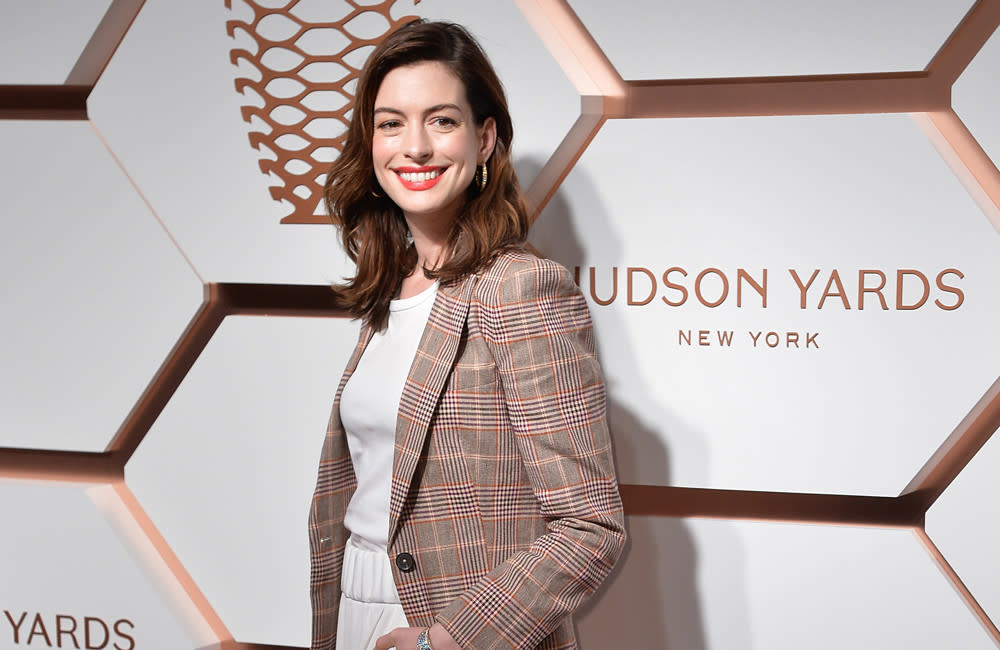 Anne Hathaway has switched to a “raw vegan” diet for her role in ‘WeCrashed’.

The 39-year-old actress plays Rebekah Neumann in the upcoming AppleTV+ series and has been emulating the WeWork entrepreneur lifestyle while working on the series. This includes avoiding all foods of animal origin and ensuring that all foods are eaten raw or at temperatures below 40-48°C.

Speaking on the ‘Late Show’, she told host Stephen Colbert: “Then I went, then I went raw vegan. I did that. By the way, it’s great. And we should eat as many vegetables as possible to help protect the environment.” . I hope we all know by now.” However, she confessed in the same breath, “I have to tell you, I had antelope in Texas this weekend. We’re all human”.

Although Anne, who has sons Jonathan, 5, and Jack, 2, with her partner Adam Schulman, acted methodically for the role, she didn’t pull out all the stops like she had in the past. She added: “Let me explain. Yeah, I mean, my kids love me and I’m sure they care about what I do on some level, but they also just love their mom. So she doesn’t walk as fast as I do.” before I had my kids.”

Anne stars alongside Jared Leto in ‘WeCrashed’, inspired by the ‘WeCrashed: The Rise and Fall of WeWork’ podcast, as struggling couple Rebekah and Adam Neumann, who founded the American real estate firm.