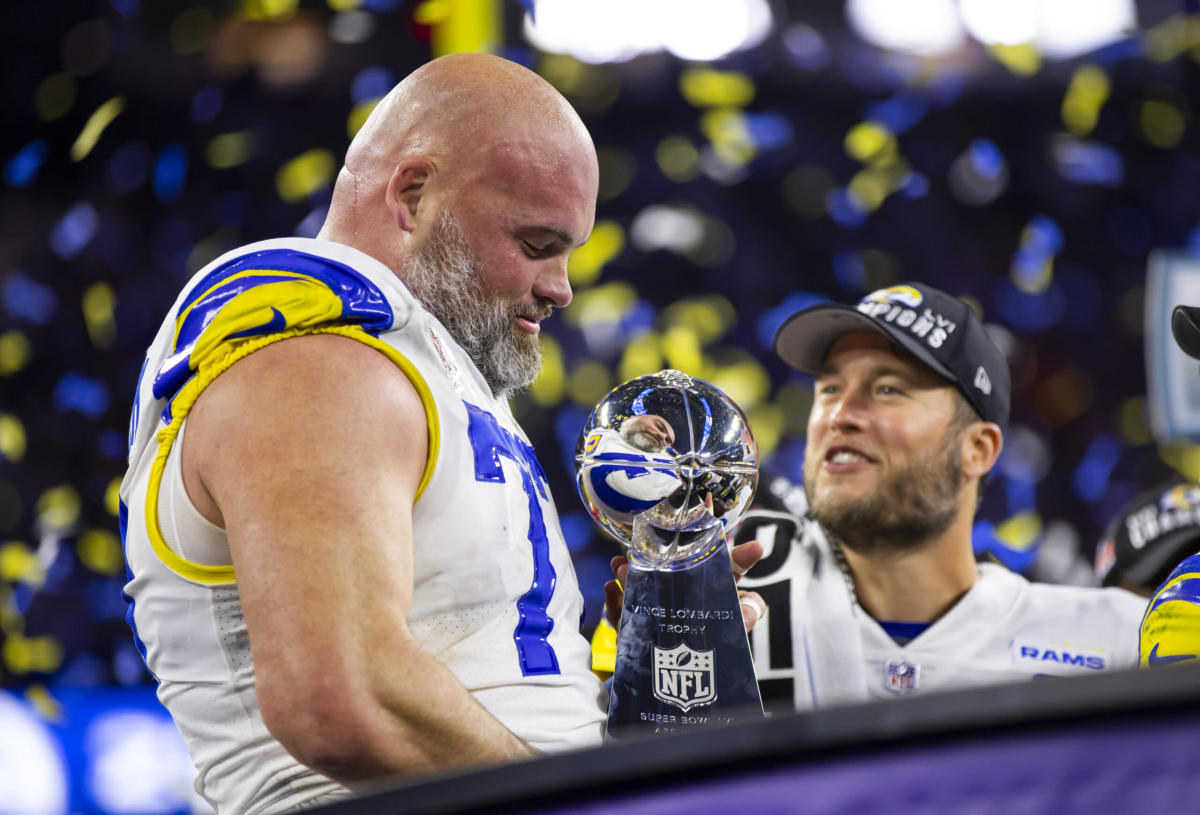 It’s not easy for a player to go from 12 years with one team to immediate success with another, but Stafford, like Tom Brady the year before, wasted no time winning in Los Angeles.

Andrew Whitworth was on the trip last season and saw firsthand what a great leader Stafford was with the Rams. While on “The Herd” this week, he shared a story of Stafford showing responsibility and always taking the blame when the team made a mistake.

“One of the first times for me was our first three days of training camp,” Whitworth said. “We went out to a practice with just helmets on, we had a two-minute drill and he was on fire, hitting everything. I had a great day, but there was probably a play somewhere early in practice where we messed up the cadence or didn’t get the verbiage right on a group call. The next day, we were sitting in meetings and Sean would come over and almost stop and say, ‘No, no, no. Coach, my job is to get them to call me. That is my bad. That’s no one else’s fault this went wrong and it’s mine alone. No one else needs to be brought into this conversation. It’s up to me, I have it. That went on every day of the season until we won the Super Bowl. He was the first to own everything, whether it was his fault or that of others. It did not matter. He put it on himself. He always used it, never blamed anyone. He never asked for anyone else to take the blame. He just wanted all the pressure. He wanted all the responsibility. I think when you’re connected in that way and you’re also talented, those kinds of moments are what you’re living for. You want that ball in your hand in the fourth quarter and you want a chance to prove, ‘I’m Matthew Stafford, I’m a great football player, and you’ll know my name when this is over.'”

Whitworth retired this offseason and won’t return to repeat the Rams’ attempt next season, but he has every confidence in Stafford as a leader in Los Angeles. There’s also no reason to doubt the quarterback, after the season he put together in 2021.

Stafford is the supreme leader, as evidenced in this story told by Whitworth.