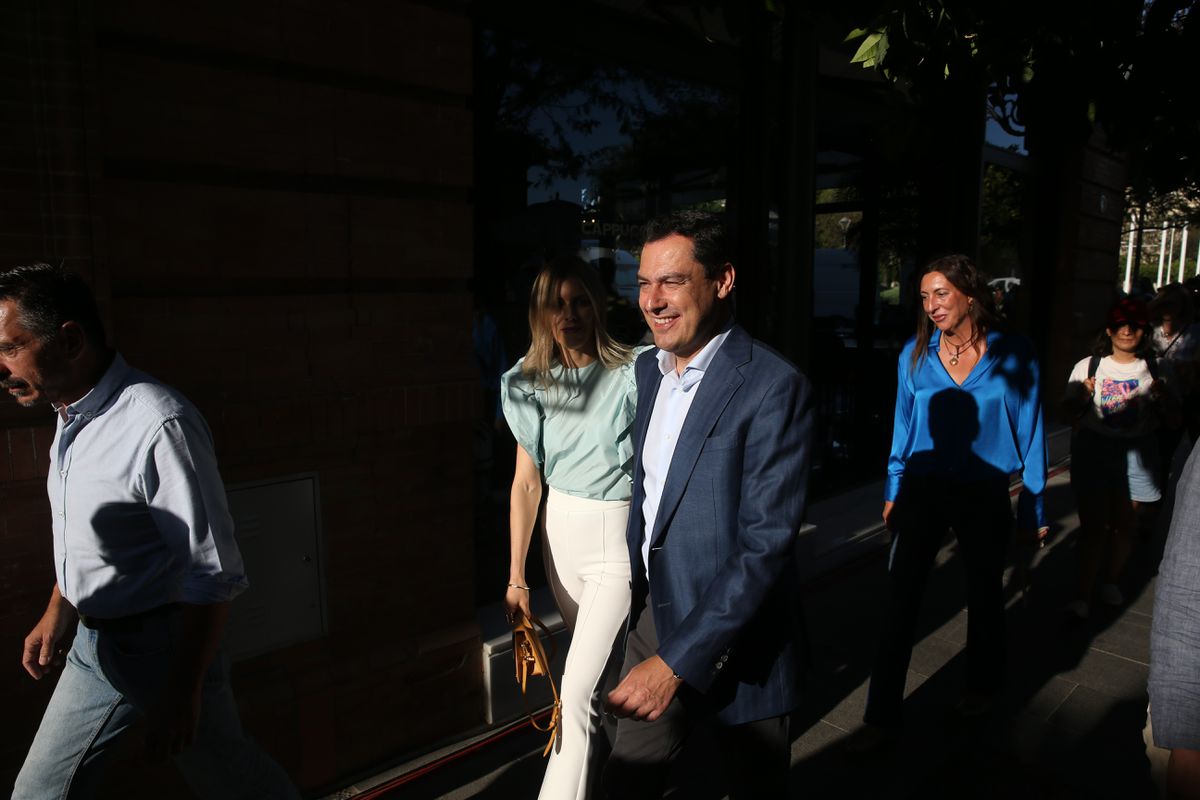 Spain’s political map began to fragment in 2015 as parties challenging the comfortable emerged tournament used to the PSOE and PP, the two nuclear formations of the system in recent decades. The global financial crisis, intolerable corruption and the disruptive delirium of the Catalan secessionist elites led to options that appealed to outrage (Podemos), regeneration (Ciudadanos) or reaction (Vox).

Andalusia, in these seven years, was the community that anticipated some changes that later found their copy in national politics. In the regional parliament, Podemos and Vox made their debuts with institutional representation, and Ciudadanos landed there for the first time, abandoning their original Catalan-only vocation.

This outburst of alternative appears to be reaching a ceiling, however, and Andalucia has offered some hints of what a reshuffle of the political board might be, again suggesting bipartisanship. And this despite the collapse of the PSOE in its former electoral warehouse, a catastrophe that has to do with both the improvised regional project and the erosion of Pedro Sánchez’s government.

On the left, the PSOE seems to have finally averted the overthrow that Pablo Iglesias sought when he announced his intention to “attack Heaven”. And Yolanda Díaz now has enough to articulate, under her leadership, everything that is to the left of the socialists, which is a broad space, yes, but also atomized, contradictory, often outdated and above all inappropriate. And waiting for a Pablo Iglesias who said to go but he is and refuses, like so many other ex-boyfriends, to be a Chinese vase.

On the right, the PP resisted the attack on the center votes launched by Albert Rivera, whose ambition led him to make the egregious mistake of wanting to make Ciudadanos the hegemonic force of the centre-right, rather than acting as a hinge party between the two main formations . On the road to stardom, Rivera led his group under the command of Inés Arrimadas to an agony of near extinction.

On the right side of the PP, the great battle between the new and the old is now taking place. Vox has in the last three years pulled the most extreme voice hidden in the PP which, according to polls, seems to have stopped the flight of votes with the arrival of Alberto Núñez Feijóo. Vox has received 14 alternates, compared to 12 in 2018, indicating a slowdown in its expectations.

Up until the general election, Feijóo’s big challenge will be convincing hundreds of thousands of voters who have been seduced by Vox’s ultramontane discourse. Juan Manuel Moreno’s overwhelming victory in Andalusia gives Feijóo time before the big question. Ready to reach La Moncloa hand in hand with Vox? That is, governing with a party whose vision of an apocalyptic Spain exists only in the dark imagination of its leaders.

- Advertisement -
Share
Facebook
Twitter
Pinterest
WhatsApp
Previous articleThe historic triumph of the PP in Andalusia and the failure of the PSOE and its partners opens a new political cycle in Spain
Next articleThe front of Podemos, IU and Mas País sinks in Andalusia with another regional debacle to the left of the PSOE

Star Trek: Why are there so many references to the universe of science fiction in “Elvis”?

Princess Victoria: are Victoria Days on the brink? Hof takes the floor

Know the real age of the protagonists of ‘Stranger Things’