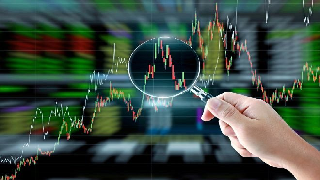 Four weeks after Russia decided to enter Ukraine, starting a new armed conflict that has hit the foundations (especially energy) of Europe, there are still many uncertainties about the scope that this conflict will have: in the economy, in the markets and in monetary policy. One month after, Putin continues to respond to the sanctions imposed by EU countries and the decision to freeze Russian assetssomething that for the Kremlin president led the country “to a suspension of payments before Moscow and puts an end to the confidence of its currencies”, while trying to negotiate with Ukraine in the concession of territories.

Today, a month later, The Russian stock market opens after the longest period in its history in which it has remained closed. The last trading day on the Moscow floor was Friday, February 25, as the floor effectively closed on Monday, February 28. Following Russian President Vladimir Putin’s decision to invade Ukraine, the MOEX collapsed losing half of its value. Despite the limitations imposed by Russia, strong sales are expected in its first session after almost four weeks without activity in view of the significant falls registered by Russian companies in foreign listings. The closure for such an extended period of the Moscow floor precisely that the MSCI index manager decides to reclassify the Russian indices within the category of isolated market instead of emerging markets as until now.

The effect on the economy, especially given the rise in crude oil prices, is obvious, but what about the stock markets? The IBEX 35 accumulates a monthly fall of -0.4%. However, when the components that are selected are analyzed, there are hardly any values ​​once they accumulate losses since the conflict began.

Renewables versus European automobile companies: heads and tails of the conflict on the stock market

CIE Automotive Loses more than 17% weighed down by the strong rise experienced by some of the raw materials necessary for the production of vehicles, such as aluminium, palladium or nickel. Among the red numbers are also Inditex, IAG (Iberia) or Banco Sabadell, with a penalty of more than 10% since the start of the conflict.

Banking is another sector that is changing with the start of this conflict. Banco Sabadell is joined by entities such as BBVA, Banco Santander, Bankinter or Caixabank, which has barely corrected -0.4% since closing on February 23. The entities discount, in this environment, that there is an increase in bad debts.

The company that leads the increases in the Spanish selective is Solaria, which has risen 50% since the conflict in Ukraine began. In fact, the impetus and the desire that the EU has to cut funding to Putin is causing them to increase extraordinary investments in the renewables sector to cut energy dependence. That is why it is not surprising that in this group of rising stocks there are stocks like Acciona or Siemens-Gamesa.

If we do the same work on the DAX: half of the 30 stocks that make up the index are trading positive. Bayer in the lead with advances of more than 11%. Advances against also include Linde, Deutsche Boerse, MTU….while among the stocks that trade in negative and lead the table those more linked to the automobile sector sneak in: Continental falls -21%, Volkswagen falls -17.8%, Daimler falls -17.6%, Mercedes Benz loses more than -13%. Also on the list are industrial stocks – such as BASF – as well as insurers and financial services, with Deutsche Bank or Munich Re registering falls of -9% t -4%, respectively.

In the case of the Eurostoxx 50, it only has 12 values ​​that are resistant and positive. German companies such as Bayer or Schneider Electric lead a list in Spanish stocks such as Iberdrola advance more than 2%. The rest of the stocks have recorded significant losses: Intesa SanPaolo has lost more than 21% since the conflict began, Volkswagen, BASF, BNP….in a list that Gamesa ends, which has lost -0.3%.