Ancelotti: “We look ahead and not back” 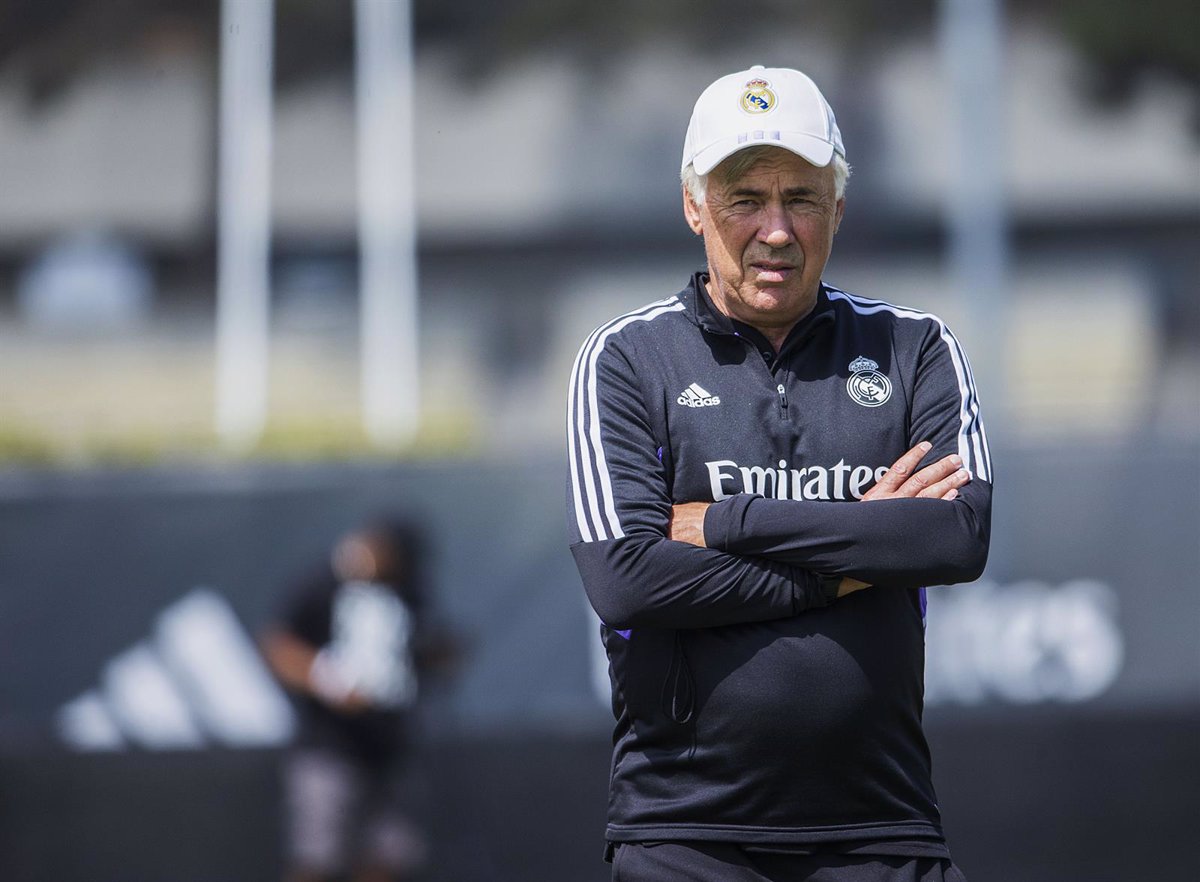 Real Madrid manager Carlo Ancelotti is aware that despite a great 2021-2022 season and some victories that will ‘consolidate’ them, they need to ‘look ahead’, starting with next week’s European Super Cup against Eintracht Frankfurt, against whom he hopes “the very strong motivation” to have won the Champions League.

“We look ahead and not back. Last year’s victories reinforce our conviction, but we have to concentrate on the next games. There are six titles at stake this next season and we want to fight for all of them,” Ancelotti underscored in an interview with official UEFA media published this Thursday.

The first will be next week’s European Super Cup in Helsinki against a German Eintracht Frankfurt with whom he has ‘some disadvantages’ as they ‘started his season earlier’. “Last year in the Europa League they achieved something special because they weren’t among the favourites. They played great games and beat Barcelona on the counterattack at the Camp Nou, with great attention to defense and quick transitions.” ‘ he stressed.

In any case, he sees the team “prepared and already in top form” after a great year in 2022. “The joy and satisfaction that you feel after victories like the Champions League final tends to linger and makes you feel like nobody should take your place, and that’s a very strong motivator to keep winning,” he warned he.

This competition could serve as the official debut of Antonio Rüdiger and Aurelien Tchouameni, the European champion’s only signings and, for the Italian, “two players who are among the best in the world in their roles”. “First and foremost, their quality increases the physical and technical capacity of the team. Then the group has to adapt to the group and the group has to adapt a little to them,” he clarified.

“We must not forget that the three who left, Marcelo, Isco and Bale, have made history for this club in recent years, for which the whole of Real Madrid is grateful to these players. We hope that the newcomers will repeat the achievements of can those who left,” wished the Reggiolo coach.

Looking back on last season, Ancelotti stressed his pride at having won the Champions League for the fourth time and first conquering the top five European leagues. “It’s been an incredible season for both me and Real Madrid. Of course coming back to Real Madrid has been very satisfying for me, it’s important for me to continue being the coach of this great club and this great team,” he said.

The continental conquest was characterized by comebacks, a memory that is still “very fresh” and which “also triggered a very special chemistry with the fans and the stadium”. “All the comebacks we’ve made have been achieved in our stadium thanks to kick-offs from the stands. You always have to believe, you never have to give up. After all, we were playing against very strong teams and it was inevitable that we would suffer.” , he admitted.

“In 2014 the ‘Decima’ was probably more predictable because the team had come close to it many times. Gareth Bale had just joined us and we were favorites to win the title from the start. This year we were anything but the favorites. ., but thanks to the team spirit and the quality of the team, we still managed to win. I think the key factors were the humility and experience of the older players, complemented by the energy and enthusiasm of the younger players,” said Ancelotti.